Sadly, the Singapore Armed Force's Exercise Wallaby 2017 is rapidly coming to an end and on Thursday 12 October, the Republic of Singapore Air Force (RSAF) helicopters deployed to Rockhampton Airport looked to complete their final flights. 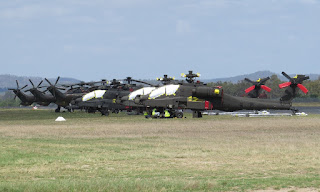 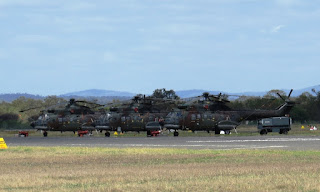 There were reports that all six Super Puma helicopters were to return to their home base at the Oakey Army Aviation Centre on Thursday but they have not yet departed and should do in the coming days.

UPDATE!  All six Super Puma helicopters departed Rockhampton Airport to Oakey on Friday 13 October.  They departed in two flights - first flight of four as "Diamond" then a flight of two as "Ruby".

As shown in Kayanne's photos, the four RSAF Boeing AH-64D Apache helicopters have all been prepared for uplift home to Singapore 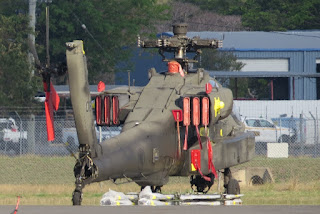 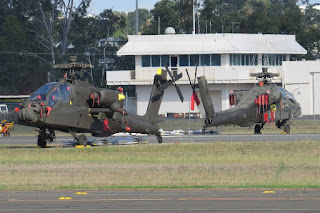 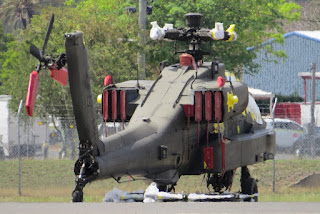 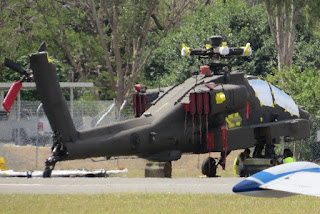 While the two RSAF Boeing CH-47SD Chinook helicopters looked to start to have their rotors removed also in preparation for uplift to Singapore. 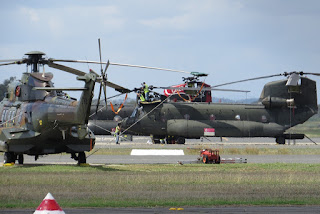 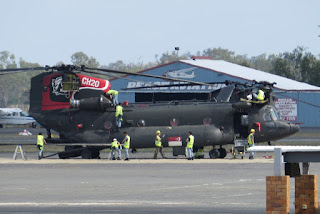 It has been rumoured that these helicopters will depart Rocky on board one of two outbound Antonov AN-124 flights from Rockhampton Airport over the next week or so.

Finally, the third and final 'wave' of heavy jet passenger charter flights in support of Exercise Wallaby 2017 will touch down at Rockhampton Airport over the coming days with Singapore Airlines Boeing B777-200 9V-SVF and royal Brunei Airlines Boeing B787-9 Dreamliner V8-DLB both expected to touch down late on Thursday 12 October.

All photos taken by Kayanne Hardsman  ©
Posted by Damian F at 8:32 PM