On Monday 2 October, the Bundaberg region was drenched with more than 340mm of rain in a 24-hour time period, causing havoc for residents and emergency services.  Roads were flooded, homes and businesses were inundated with water and a mini tornado tore through parts of the rum city leaving behind a massive clean up.  The weather event has been recognised as Bundaberg's  biggest one-day downpour in more than half-a-century. 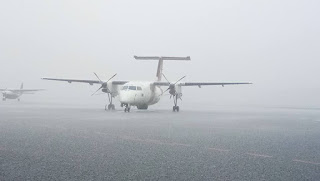 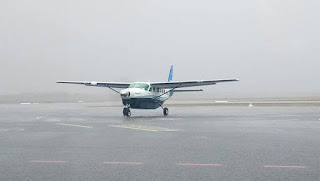 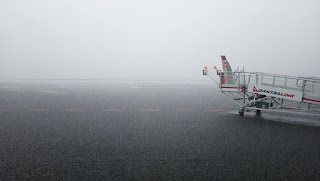 And it also caused problems for travellers who were trying to flying in and out of Bundaberg Airport.  The early-afternoon Alliance Airlines flight (on behalf of Virgin Australia) could not land and returned to Brisbane, while all afternoon and evening QantasLink flights were cancelled as the Airport was flooded.

At the time of writing, Bontrail (Strahman Farms) Cessna 208 Caravan VH-SJJ was due to visit Bundaberg Airport from its Toowoomba base on Wednesday 4 October.

UPDATE!  VH-SJJ visited Bundy once again on Thursday 5 October too!