With the hopes fading of a positive outcome from the search for a missing fishing trawler and five missing fishermen this week, here is a quick summary of some of the local and visiting helicopters and fixed wing aircraft that have been involved with the search 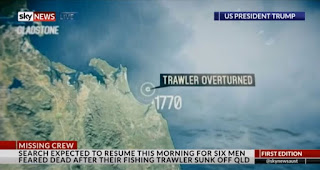 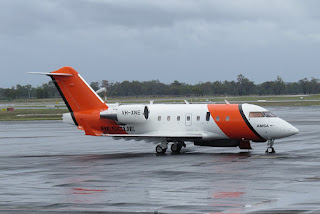 On Wednesday 18 October it landed at Rockhampton Airport for fuel and was photographed by local plane spotter ‘IAD’. 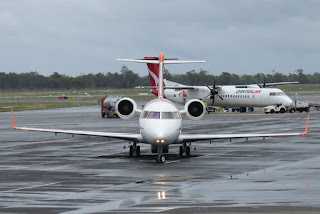 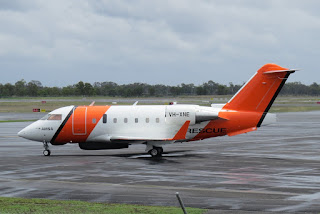 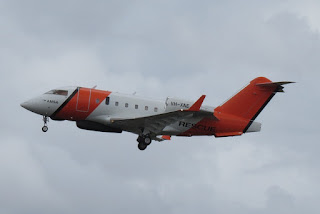 VH-XNE is based at Cairns and on each occasion it flew south from there before completing its search and rescue tasking.  It landed at Brisbane for fuel on Tuesday 17 October.

Of the helicopters that were involved, the locally based RACQ LifeFlight Rescue Bell 412 VH-XCO "Rescue 522" was often sighted involved with the search out of Bundaberg Airport.  It was also noted at Gladstone Airport on occasion also being refuelled.

On Tuesday 17 October, RACQ-Capricorn Helicopter Rescue Service (CHRS) (Babcock Mission Critical Services Australasia) Bell 412EP VH-EPR “Rescue 300” was involved with the search out of its Rockhampton Airport base.  It was also noted at Bundaberg Airport calling in for fuel.

Late on Tuesday 17 October, it appears that both McDermott Aviation / Machjet Aerospatiale AS.365N2 Dauphin helicopters VH-NAR. and N365JL flew north from their Sunshine Coast Airport Base to join the search and spent the night at Bundaberg Airport. They were both noted parked at Bundy early on Wednesday 18 October.


Also on Wednesday 18 October Queensland Government (QGAir) Rescue Agusta AW139 helicopter VH-ESH "Rescue 500" was noted in the search area after flying up from Archerfield.  It was noted at both Hervey Bay (Fraser Coast) and Gladstone Airports at various times taking on fuel.

Surf Life Saving Queensland (SLSQ) Eurocopter (Bolkow) BO105 CBS-5 helicopter VH-NVH "Lifesaver 46" was also heard on Wednesday 18 October and is also believed to have flown up from the Sunshine Coast.