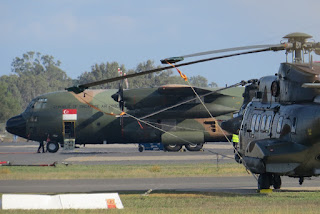 Local plane spotter Kayanne H was able to capture a couple of photos as the Herc was parked on the Northern part of the Rockhampton Airport parking apron, alongside the two RSAF Boeing CH-47SD Chinook helicopters. 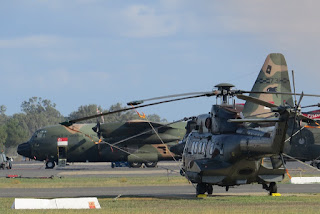 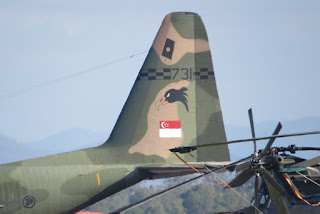 '731' was noted departing Rockhampton Airport back to Darwin early on Thursday 12 October again as "SAF9784".