On Wednesday 11 October, a nice corporate bizjet in the form of Conoco Phillips Gulfstream G550 (G-V-SP) bizjet N793CP arrived into Gladstone Airport from Brisbane.  It had arrived into the capital the previous day on Tuesday 10 October from Sydney. 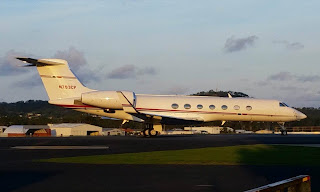 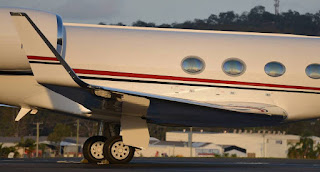 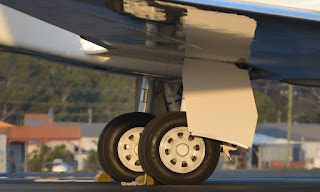 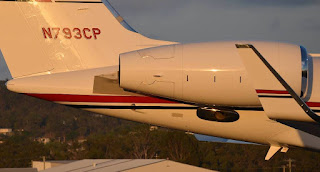 Local plane spotter Michael F was on hand in the early evening on Wednesday and captured some nice photos as the Gulfstream looked to be parked up for the night.

All photos taken by Michael Fleetwood  ©
Posted by Damian F at 9:16 PM