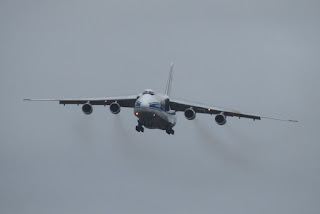 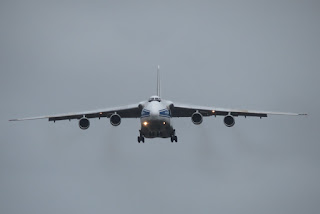 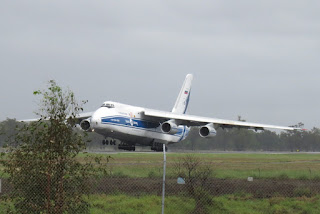 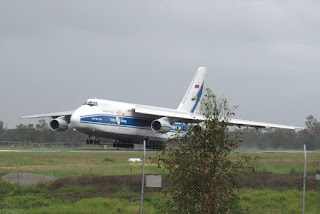 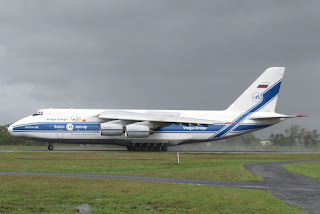 A few local plane spotters, along with other members of the public, were on hand again as the giant Russian aircraft touched down on Rocky’s Runway 15 before it taxied onto its parking spot on Gate 6 on the Southern end of the Rockhampton Airport apron. 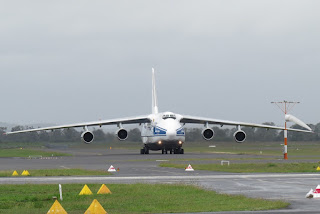 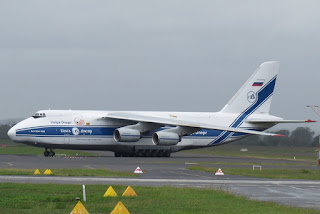 As we mentioned in last post about its first visit, it's interesting to note that the aircraft still wears a sticker on its port-side commemorating 25 years of the Volga Dnepr Group. 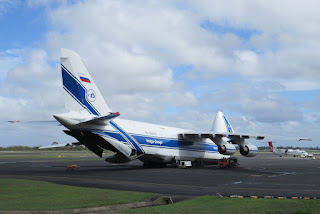 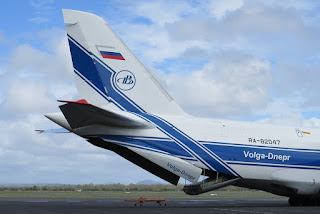 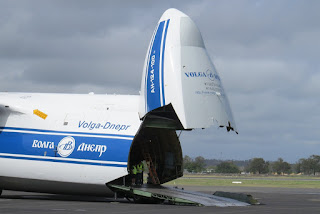 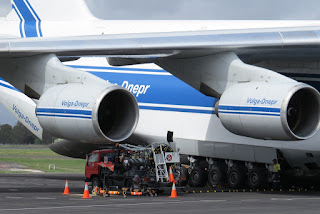 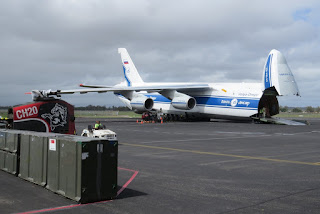 On this flight, the two Republic of Singapore Air Force (RSAF) Boeing CH-47SD Chinook helicopters which had been deployed to Rockhampton during the Singapore Armed Force's Exercise Wallaby 2017, along with their rotor blades and other equipment, were all loaded in preparation for their return to Singapore. 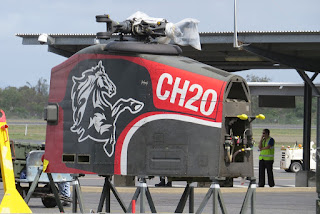 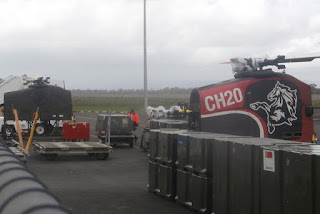 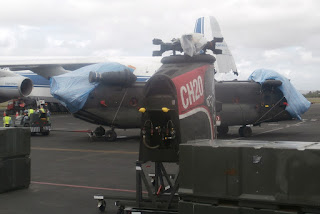 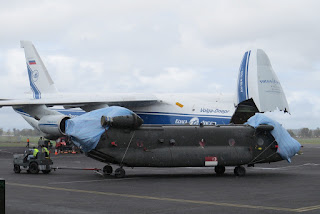 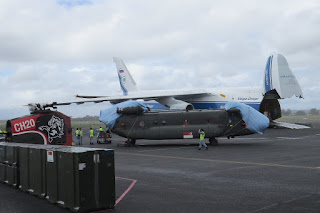 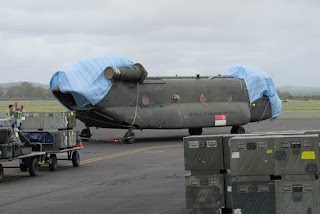 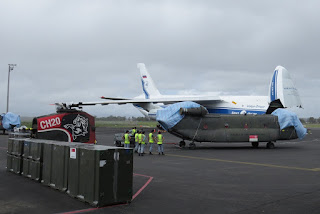 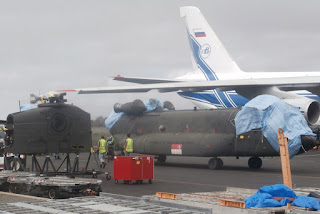 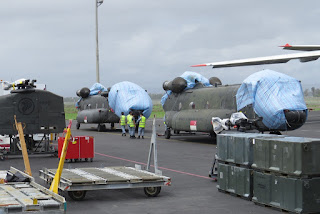 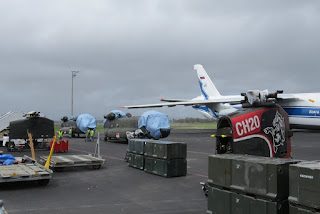 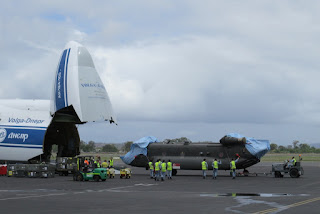 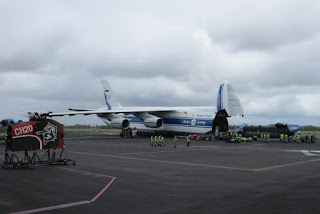 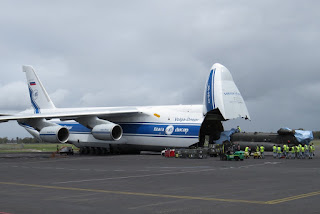 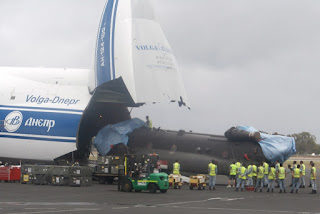 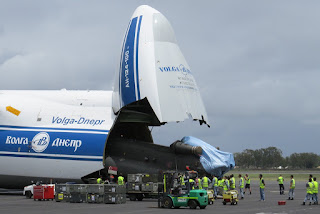 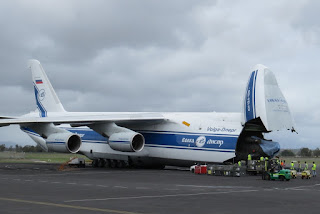 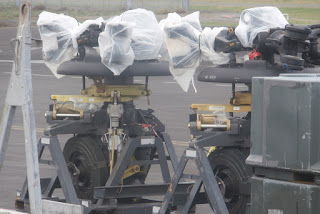 Loading was completed over the course of Thursday 19 October and as the sun set for the night, the Antonov remained parked.

Then early on Friday 20 October, RA-82047 made a spectacular departure from Rockhampton Airport flying direct to Paya Lebar Air Base in Singapore as VDA4054.


That’s it!  All airborne movements in association with the Singapore Armed Force's Exercise Wallaby 2017 are finished!

Sincere thanks to local plane spotters Kayanne H, Trevor H and 'IAD' for taking the time to capture and send through these great photos of the Antonov's final visit to Rocky for 2017!