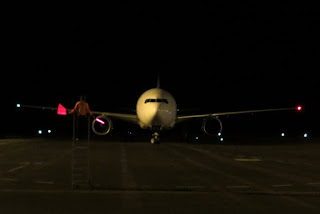 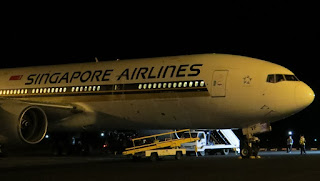 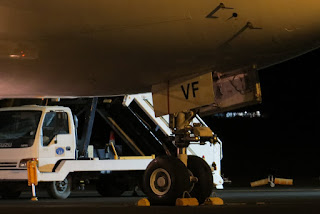 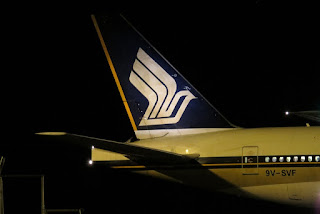 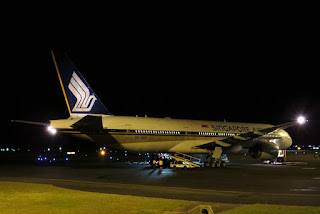 After loading another full flight of personnel and their bags, 9V-SVF departed back to Changi but as SIA8934.

This is the final heavy jet passenger charter flight in support of this year's Exercise.  All up, there were three 'waves' of aircraft with a single charter between the first and second 'waves'.  Singapore Airlines and Royal Brunei Airlines operated the vast majority of the flights, with a sole Qantas Airways Airbus A330-200 flight during the first 'wave'.

We have also been very fortunate to receive some spectacular photos from 'the other side of the fence' as a Singapore Airlines Boeing B777-200 and a Royal Brunei Airlines Boeing B787-8 Dreamliner visited Rockhampton Airport in September - stay tuned!

Meanwhile, it has been rumoured that an Antonov AN-124 will then touch down at Rockhampton Airport during the afternoon or evening on Sunday 15 October.  Be sure to stay tuned to the CQ Plane Spotting Blog for all the latest news and updates via our Facebook page:  https://www.facebook.com/cqplanespotting/

All photos taken by Kayanne Hardsman  ©
Posted by Damian F at 2:57 PM