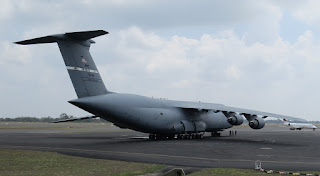 As we posted below, the Super Galaxy touched down at Rocky on Wednesday 4 October, flying in direct from Guam.  It was promptly loaded with the remaining United States Navy SEAL's Combatant Craft Medium (CCM) Mk 1 Stealth Boats - truck and trailer included - before it was refuelled and closed up for the night. 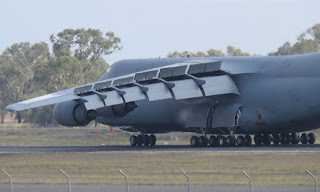 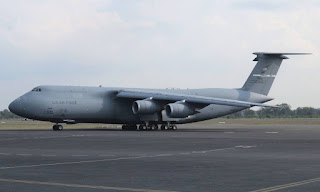 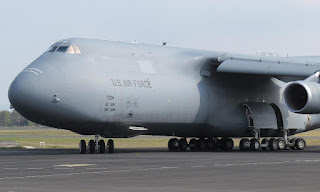 As the massive military transport aircraft taxied out for departure, it was again interesting to see one of the crew members pop out of the top of the aircraft to monitor clearances due to the wingspan of the Super Galaxy and the lack of visibility from the flight-deck back to the wings.  It was certainly a tight squeeze for the massive aircraft to get out of Gate 6 at Rockhampton Airport - along with the relatively tight turns to get back onto Taxiway Kilo and Juliette - before back-tracking the length of Runway 15. 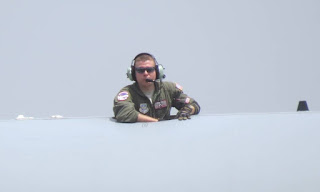 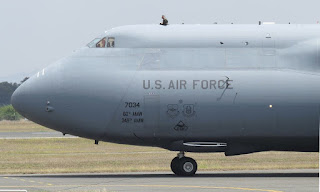 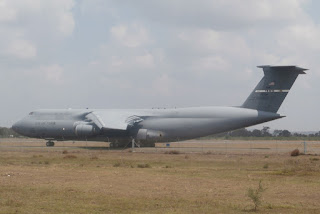 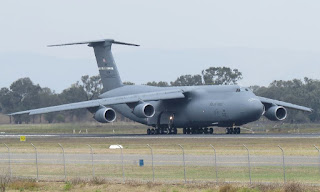 It then turned around and made a spectacular departure off Runway 15.


Sincere thanks to local plane spotters Kayanne H, Trevor H and 'IAD' for taking the time to capture and send through these great photos and video of the arrival and today's departure of the USAF C-5M Super Galaxy.

It was great to see three examples of this lovely aircraft call into CQ over the last couple of months!