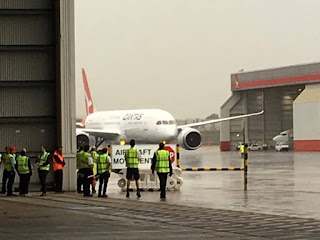 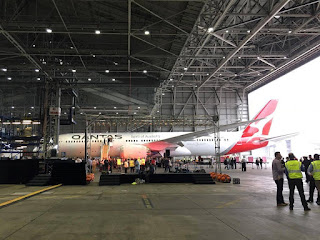 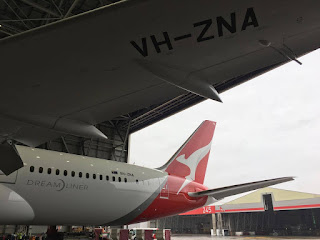 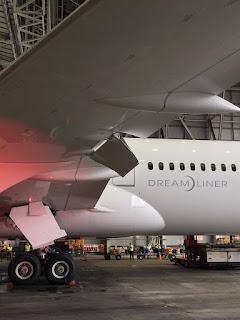 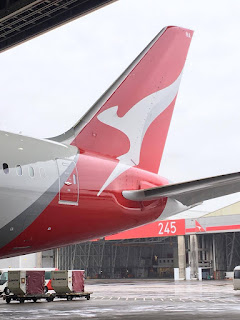 Prior to landing on Runway 16L at Sydney, the Dreamliner performed a fly-by over Sydney Harbour.  Once on the ground, VH-ZNA taxied to Qantas Hangar 96 for a formal welcome ceremony.

Qantas has ordered eight Boeing B787-9 Dreamliners, configured with 236 seats across business, premium economy and economy class seating, with the first four to be based in Melbourne and operate via a Los Angeles-Mebourne-Perth-London (Heathrow) pattern.  The second batch of four will be based in Brisbane, with two used to replace the Boeing B747-400/400ER jumbos on the Brisbane-Los Angeles-New York (JFK) route and two to open up a new route possibly to Dallas.

It is reported that VH-ZNA will be in Sydney for a week before flying down to Melbourne. The aircraft will be used on some domestic routes from Melbourne to Perth and Sydney ahead of commencing long-haul operations in December.

Hopefully we will see one of these attractive Qantas Boeing B787-9 Dreamliner aircraft in CQ one day!

Sincere thanks to Michael C who is an old friend and now works for Qantas Airways.

All photos taken by Michael Cook  ©
Posted by Damian F at 8:56 AM