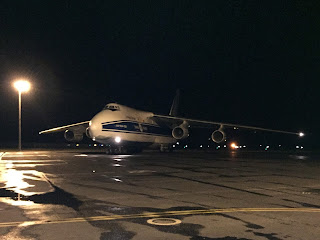 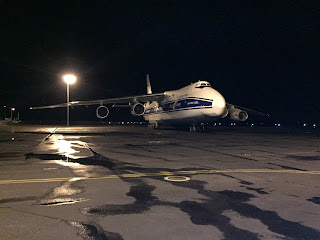 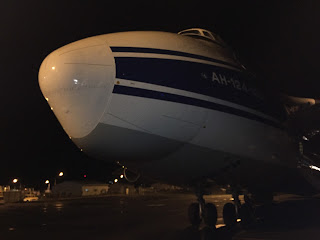 We have now been sent some fantastic airside photos that we are very fortunate to be able to share with you as the Antonov was loaded with the four RSAF AH-64D Apache helicopters under the cover of darkness on Sunday 15 October. 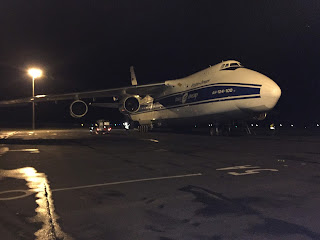 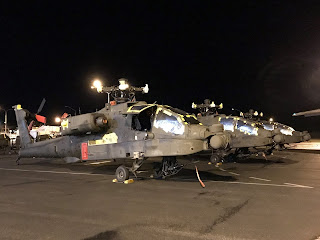 Soon after it was parked on the Gate 6 on the Southern end of the Rockhampton Airport parking apron, ground engineers and local ground crew commenced loading the Antonov with its front landing gear being raised and the aircraft placed into its unique 'kneeling' position to allow loading. 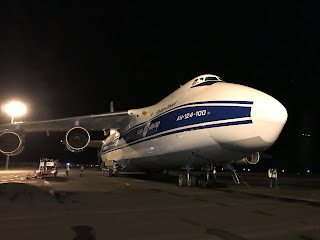 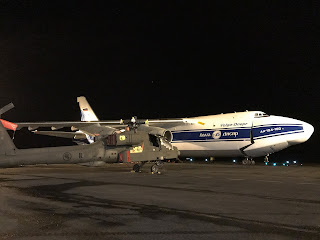 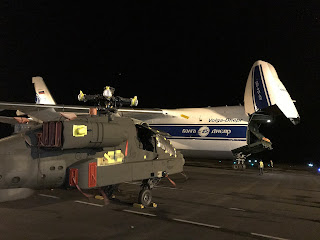 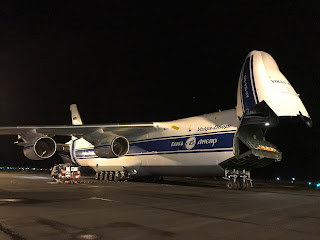 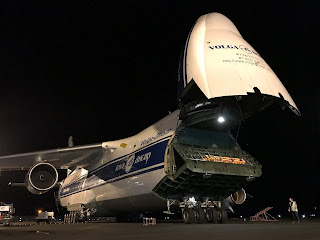 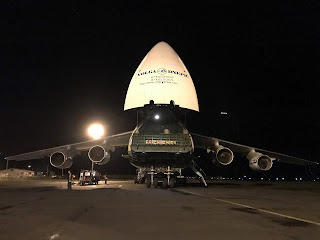 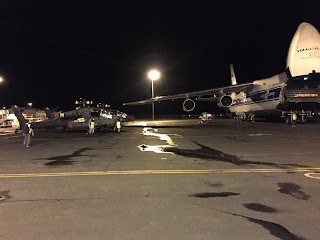 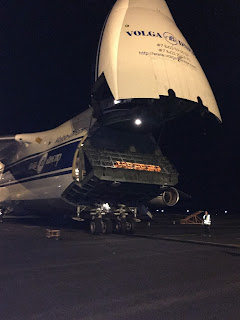 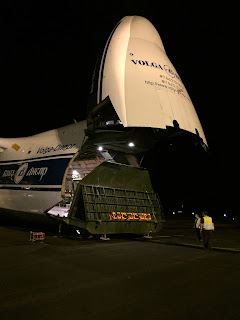 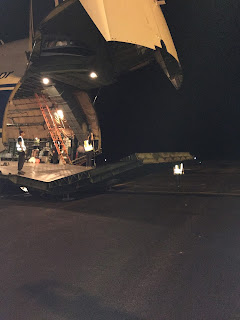 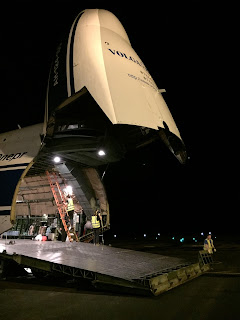 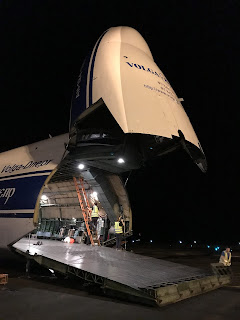 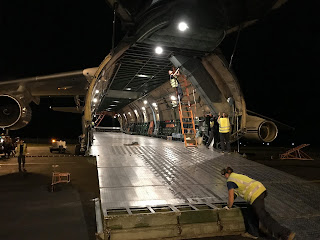 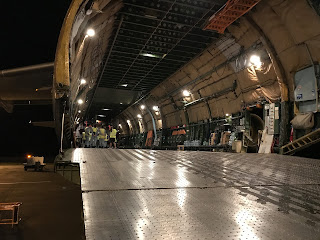 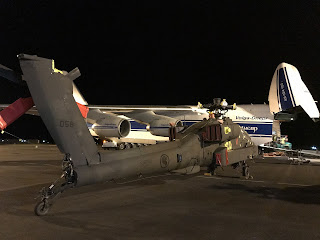 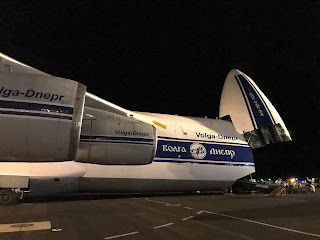 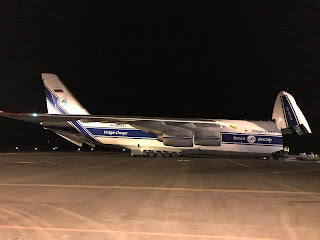 The four RSAF Boeing AH-64D Apache helicopters, along with their rotor blades and other equipment, were all loaded on board the Antonov and loading was completed in the wee small hours of Monday morning. 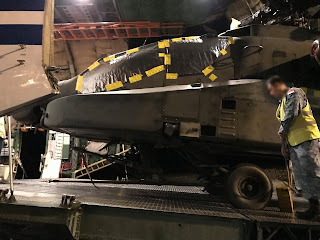 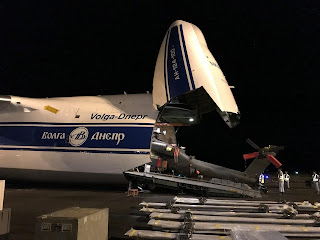 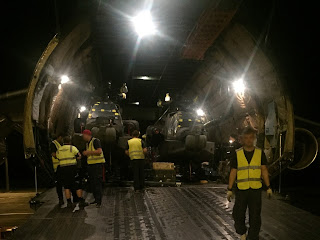 A little later in the morning of Monday 16 October, RA-82047 made a spectacular early morning departure to Paya Lebar Air Base in Singapore.  It then returned later in the week and also transported the two RSAF Boeing CH-47SD Chinook helicopters also home to Singapore.

Sincere thanks to Ben O and Travis W for taking the time to capture and send through these awesome photos!

Photos taken by Ben O'Dowd and Travis Whiting  ©
Posted by Damian F at 8:54 AM