This the second day in-a-row that A97-466 has called into Rocky, with the Herc again using the radio callsign of "Mambo 32".  Interestingly, after A97-466 landed on Runway 15, it stopped briefly on Taxiway Kilo, and then reversed itself into its parking position on Taxiway Juliette at Rockhampton Airport. 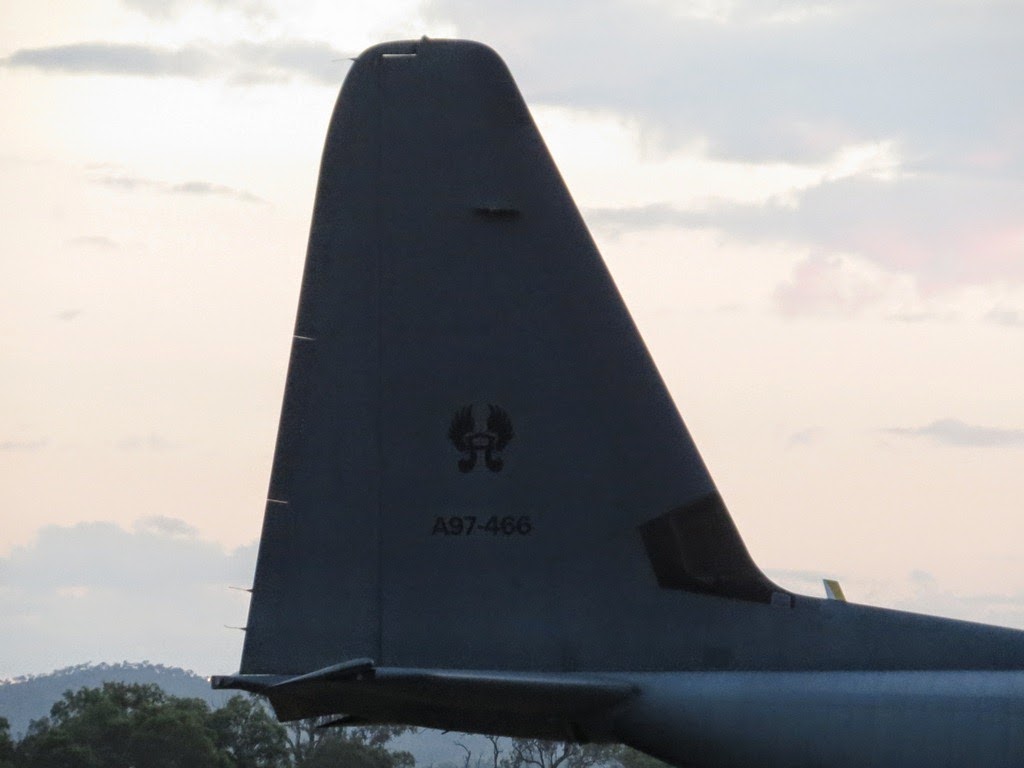 After taking on fuel, A97-466 was heard to depart to the Samuel Hill Airfield in the Shoalwater Bay Training Area (SWBTA).

Thanks to Kayanne for sending through these great photos!