Local plane spotter Michael F ventured out to Gladstone Airport late on Sunday 1 June as a slightly unexpected pair of bizjets called into the industrial city from Adelaide. 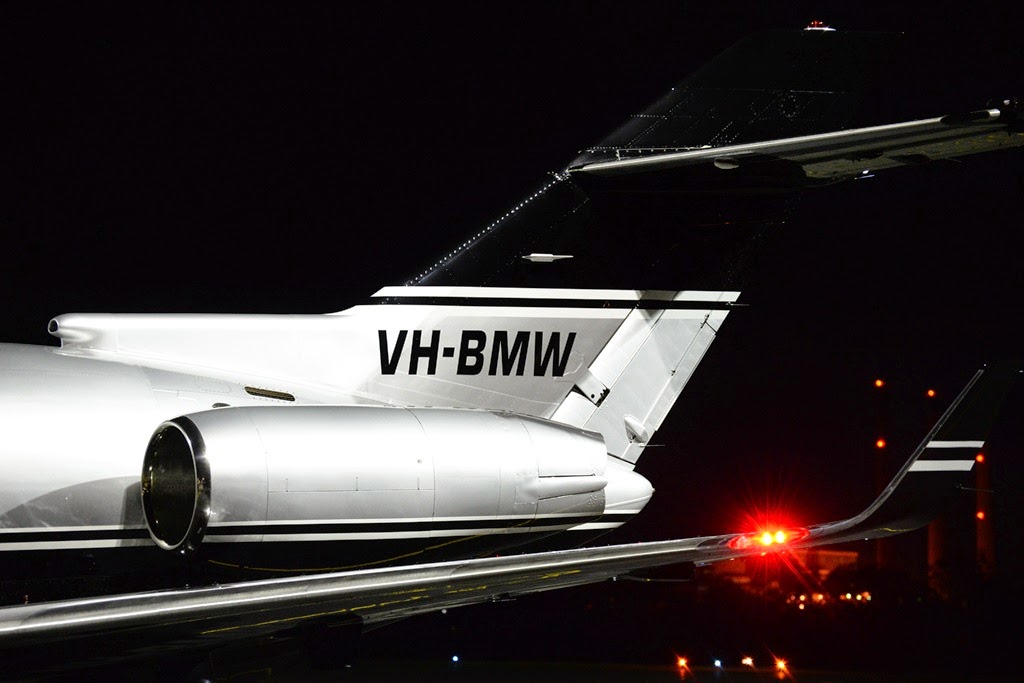 First to touch down - rather unexpectedly - was Gojet Raytheon Hawker 850XP VH-BMW.  As it can't be tracked on usual Internet resources, its arrival from Adelaide was a a very nice surprise.

Around the middle of the day on Monday 2 June, both bizjets were noted being prepared for departure, presumably to Roma, where VH-EXQ was 'scheduled' to depart to.

Sincere thanks to Michael for capturing and sending through these fantastic photos!

All photos taken by Michael Fleetwood  ©
Posted by Damian F at 7:56 PM