Rockhampton plane spotters 'IAD' and Kayanne H were at the right places at the right time to capture some great images of Royal Australian Air Force (RAAF) Boeing B737-7ES / E-7A Wedgetail Airborne Early Warning & Control (AEW&C) aircraft - A30-005 - as it conducted some airwork at Rockhampton Airport on Friday 16 May. 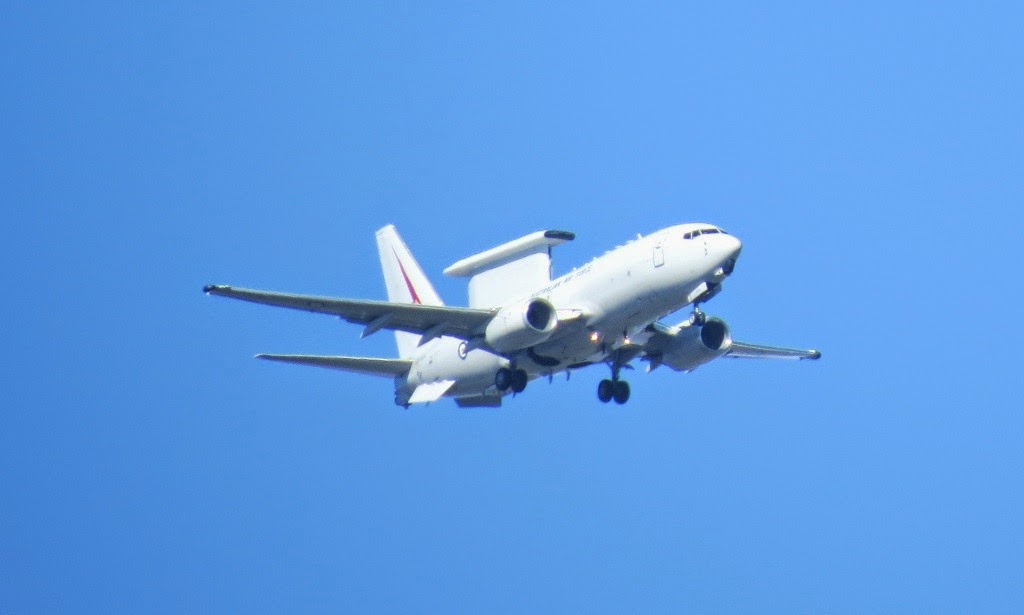 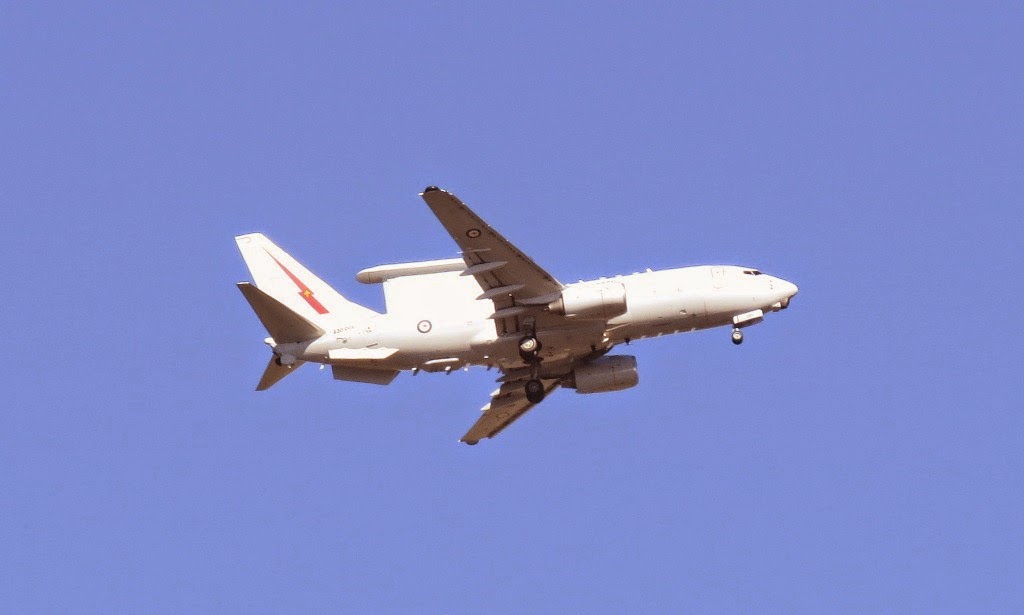 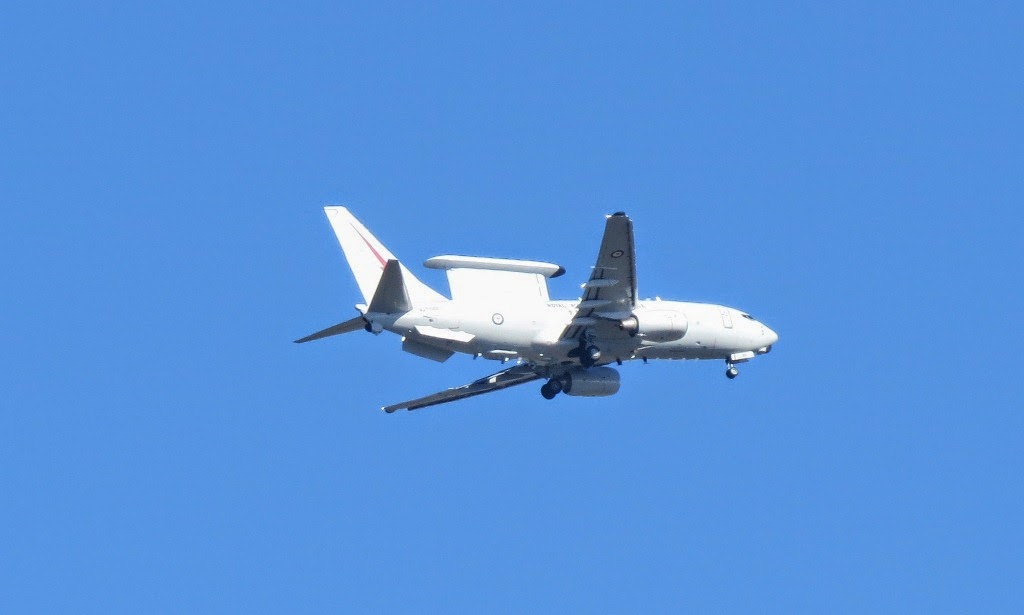 After making a low overfly, A30-005 performed two missed approaches on Rockhampton's Runway 15. 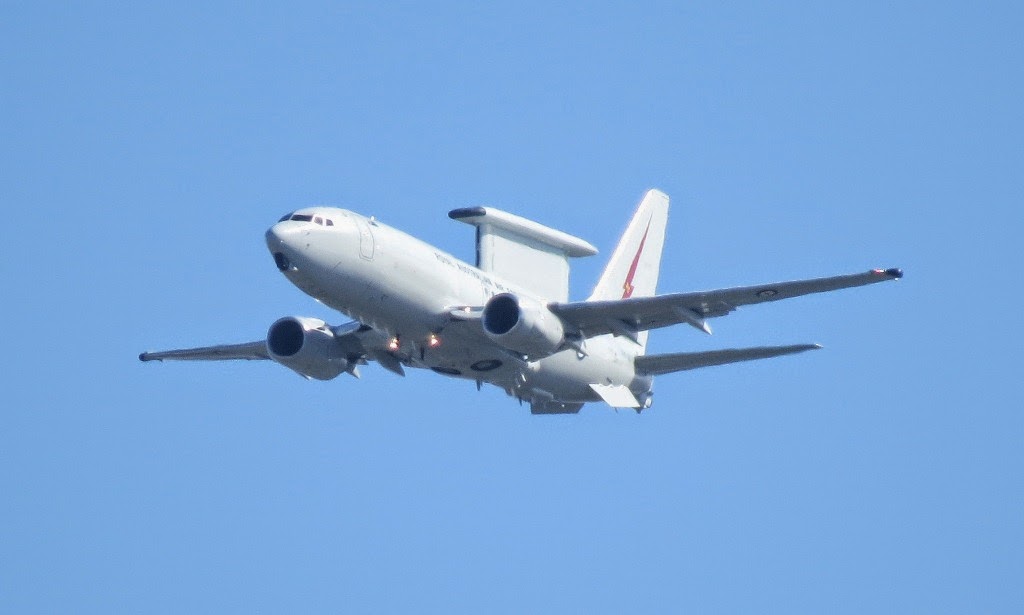 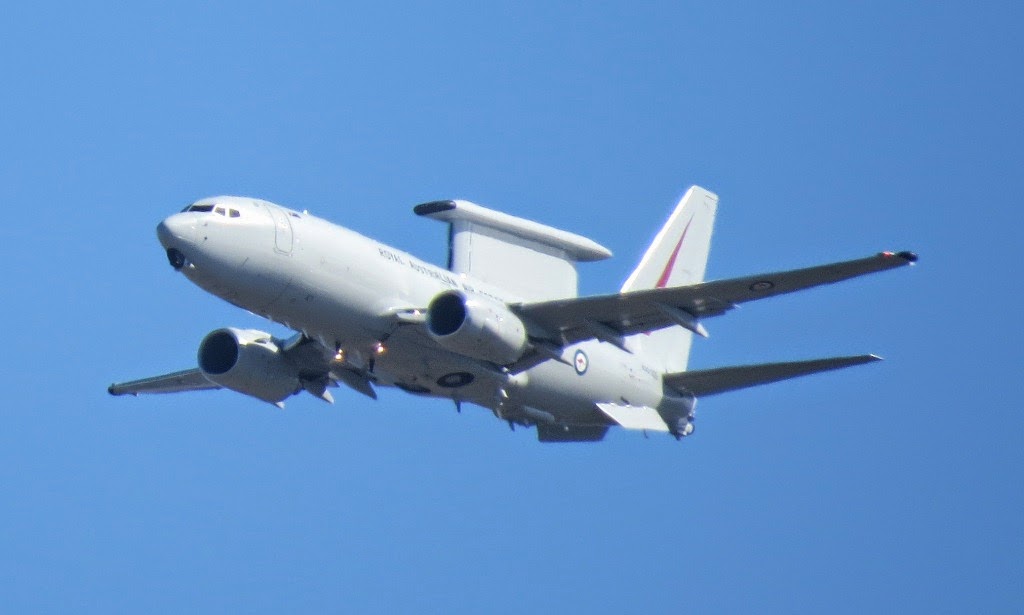 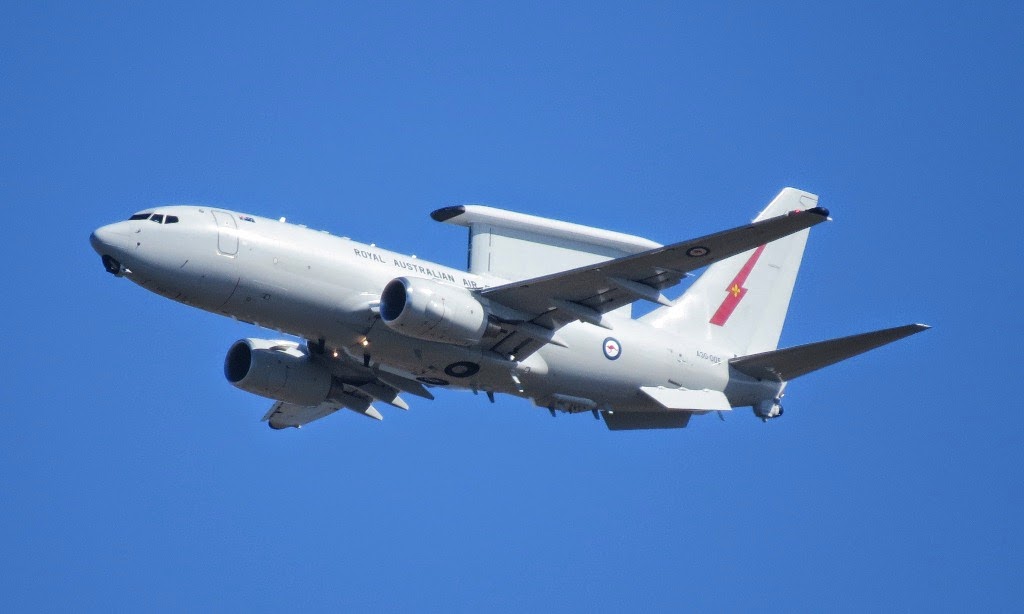 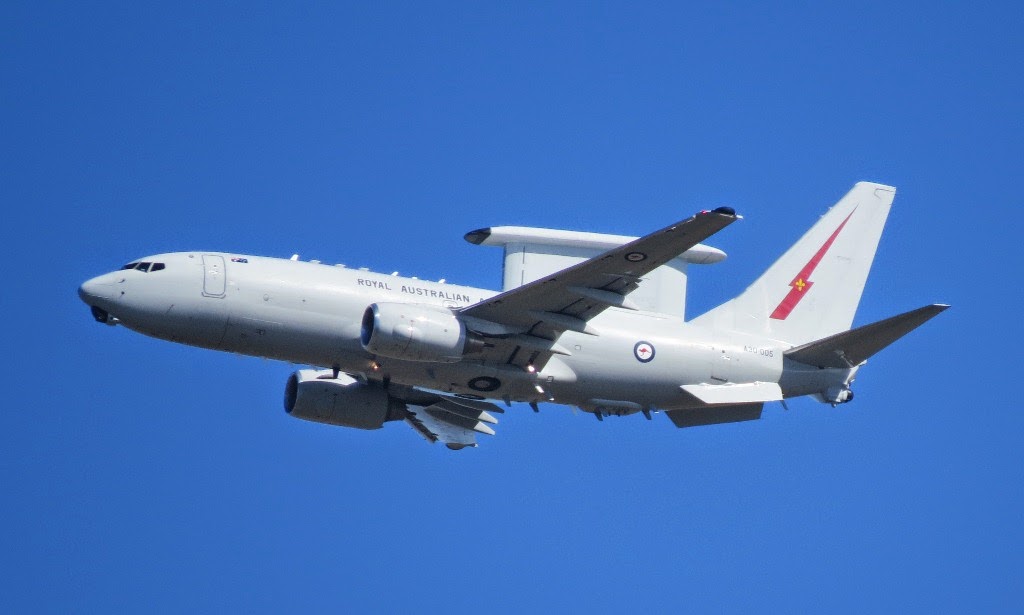 Kayanne H captured some great images of her backyard! 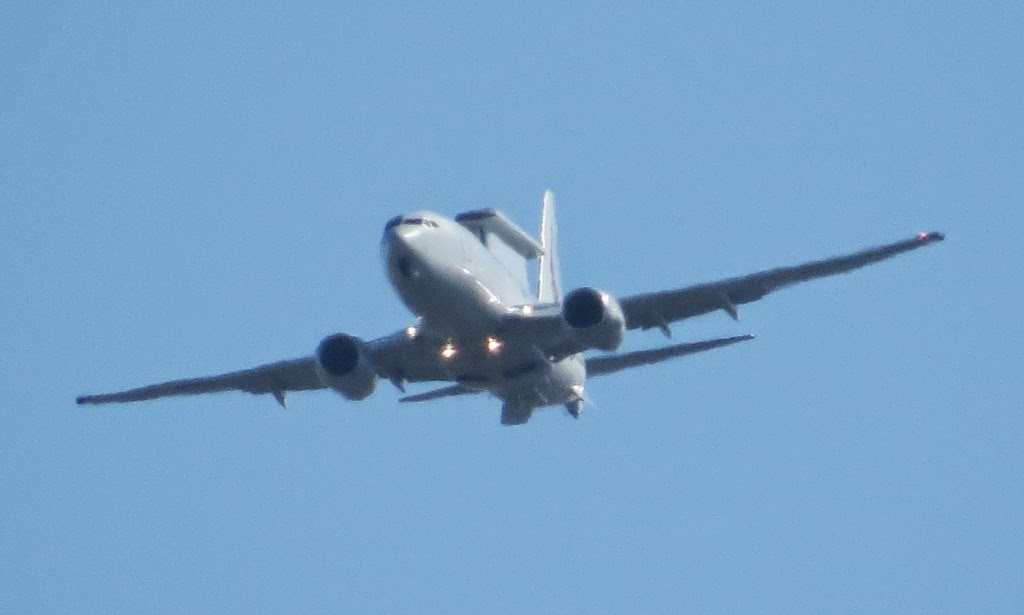 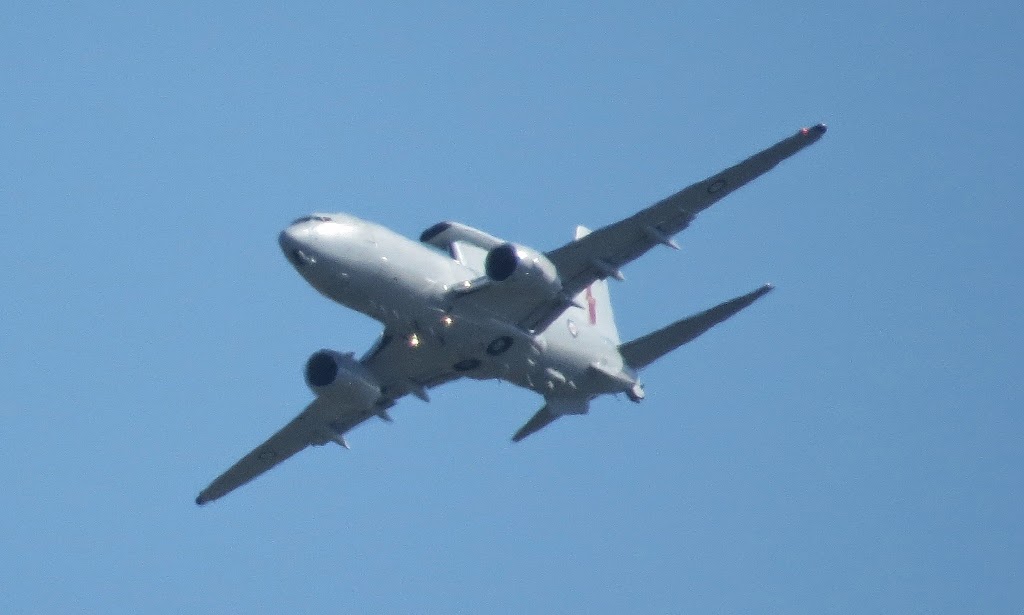 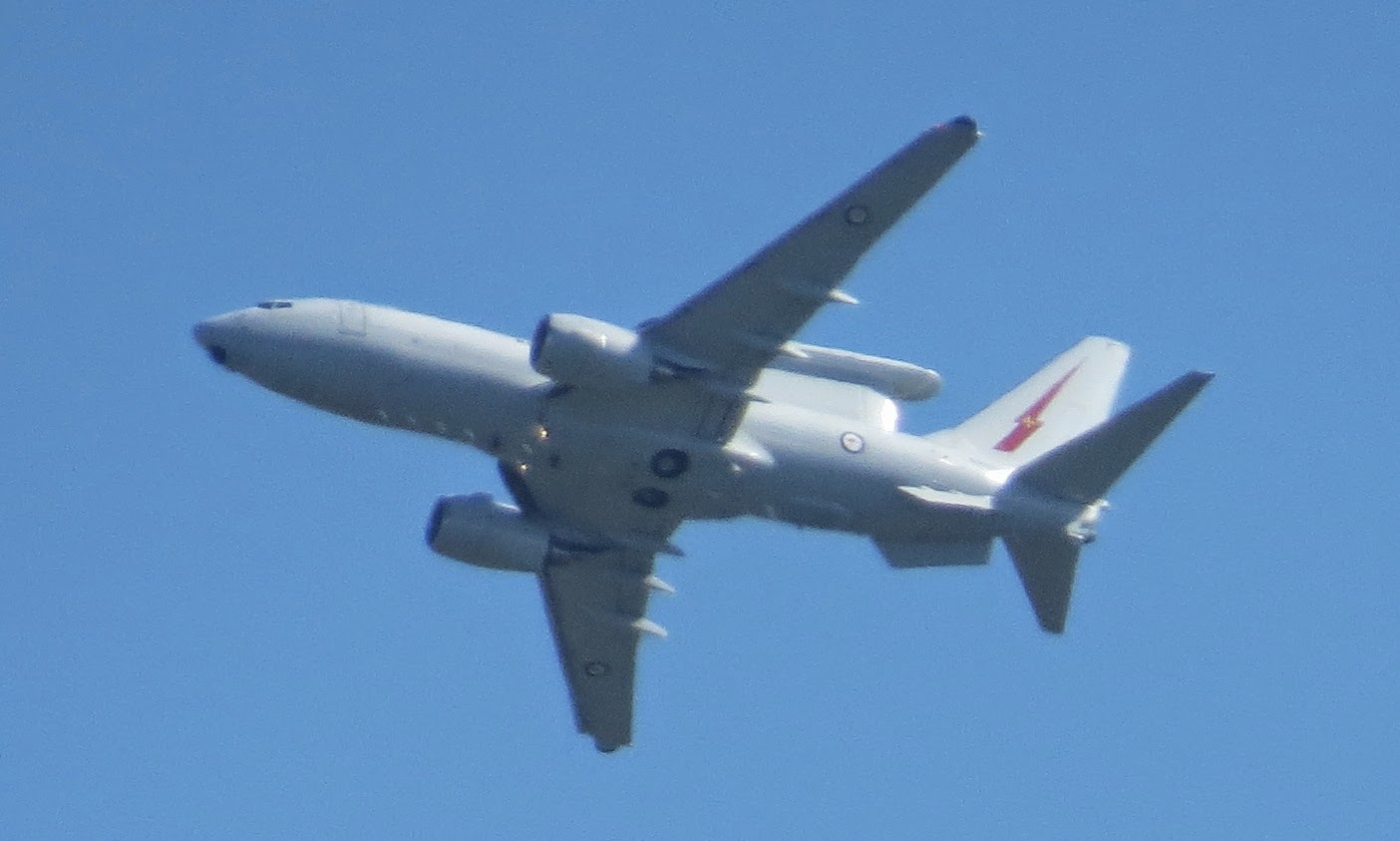 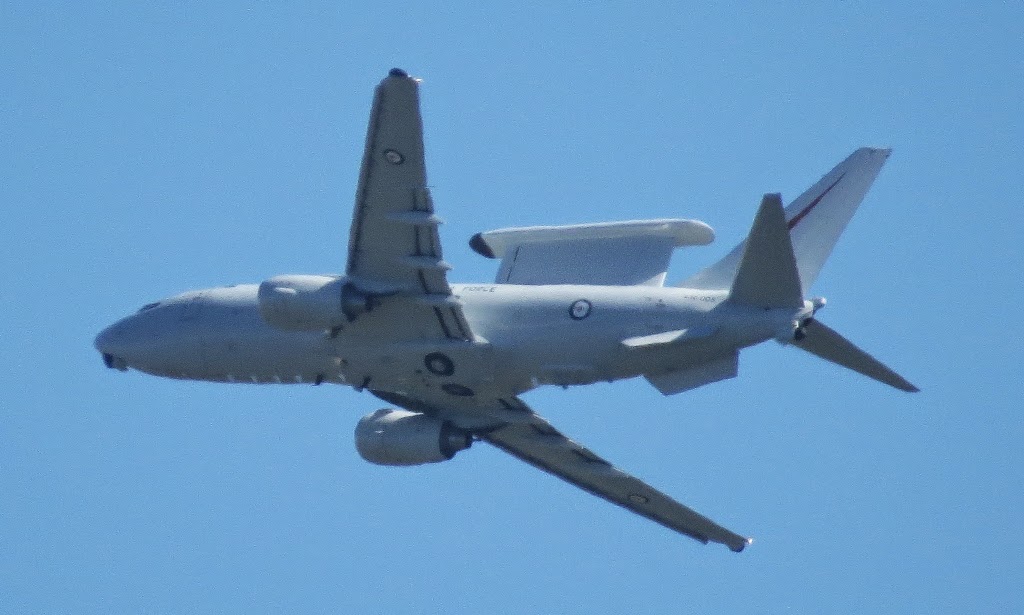 A30-005 was heard to use the radio callsign of "Wedgetail 10" and was noted to depart to the North-West.

It's also worth noting that earlier on Friday 13 June, three Royal Australian Air Force (RAAF) Pilatus PC-9/A aircraft were noted flying together from Townsville overhead Rockhampton and further to the South as "Reaper".