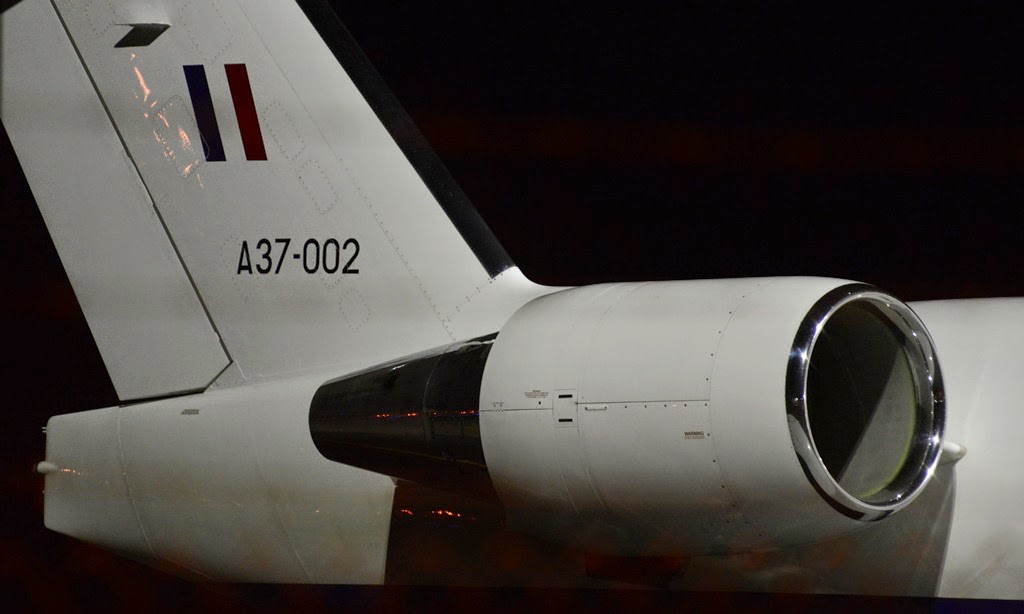 As mentioned below, it had earlier arrived from Rockhampton, after earlier visiting Mackay, carrying Acting Prime Minister Warren Truss on a tour of North and Central Queensland.

It is expected to take to the air once again on Thursday 12 June.

All photos taken by Michael Fleetwood  ©
Posted by Damian F at 8:27 AM