Captured by local plane spotter 'IAD' resting on the Northern end of the Rockhampton Airport parking apron on Monday 23 June was Surveillance Australia / Australian Customs and Border Protection Service (Cobham Aviation) Dash-8-202 VH-ZZC.  It has been noted flying around the region this week as "Customs 33". 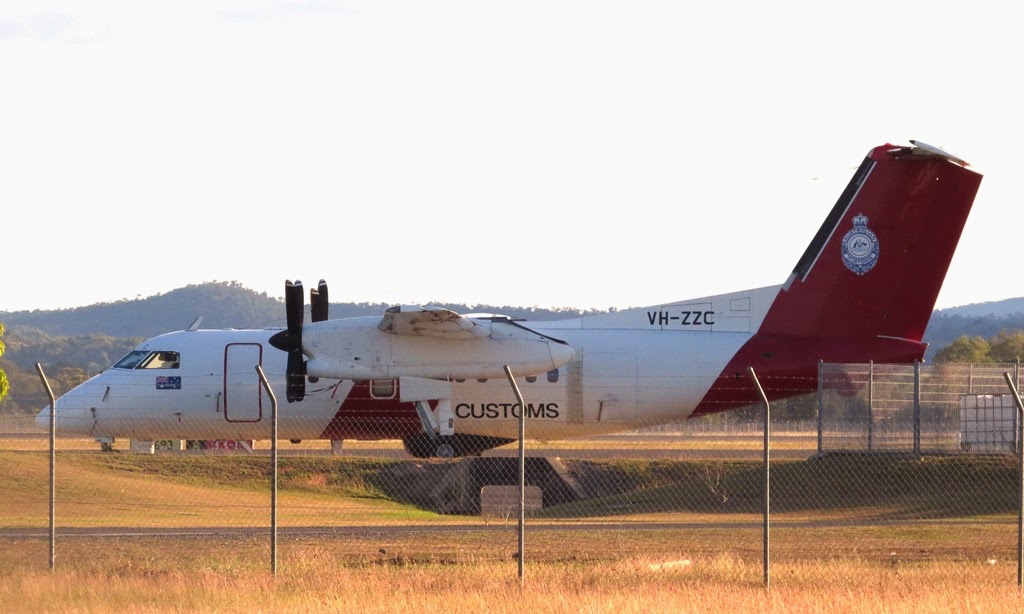 VH-ZZC isn't a common visitor to CQ, with its only other 'appearance' on the CQ Plane Spotting Blog in August 2013.  I don't doubt that it has visited other times, however it does appear to be rather camera shy!

Thanks mate for the great photo!