Another Australian Army Blackhawk Helicopter - A25-102 - at Gladstone Airport


A photo I have seen has the Blackhawk as A25-102. Callsign and flight details are not known.

Meanwhile, also on Friday 20 June, Townsville was treated to a special aerial reunion when six Australian Army Boeing CH-47D Chinook helicopter flew over the city.  It was the first time in 19 years, since the formation of 5th Aviation’s C squadron, that all six Chinooks were united.

The spectacle was also the first time the full capability of 5th Aviation’s C squadron had flown together since leaving Afghanistan late last year.  C Squadron Officer in Command Major Paul Donaldson said Chinooks played a critical role in Afghanistan, flying more than 5600 missions.  Since their return to Townsville, several Chinooks have undergone maintenance and upgrades.

Accompanied by four NH Industries MRH-90 Multi-Role Helicopters, pilots took a scenic flight above The Strand and Castle Hill before heading west towards High Range to pick up around 250 soldiers form the 1st Battalion as well as several defence vehicles and trailers which formed part of the recently concluded Combined Arms Training Activity. 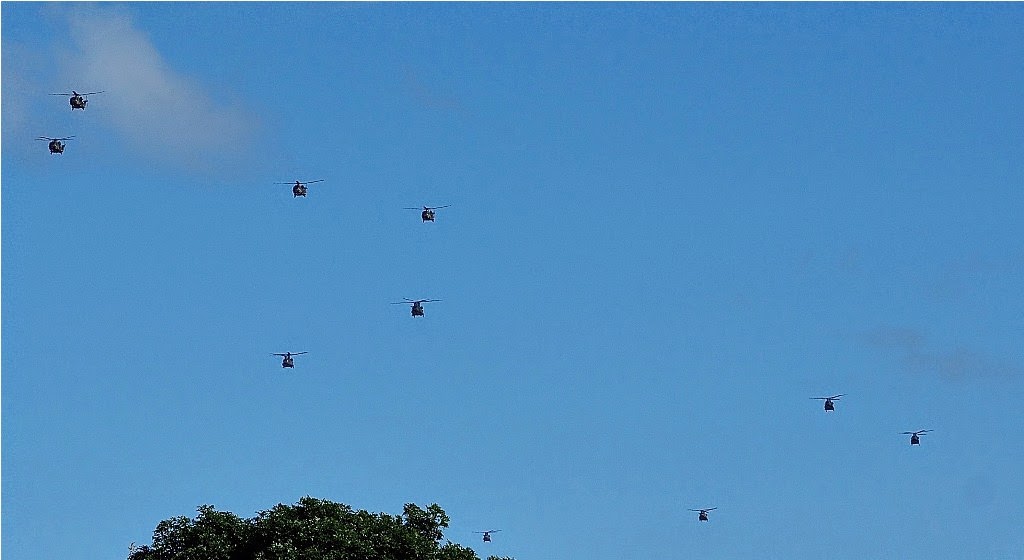 Over the next 12 months, the squadron will also see the replacement of the current ‘‘D’’ model Chinooks which will be replaced by seven of the latest ‘‘F’’ models.

This will cost the Australian Defence Force $30 million each.