Catching Gladstone plane spotters by surprise on Sunday 8 June was (what turned out to be) Tropicair Cessna 525B Citation CJ3 bizjet P2-MEH. 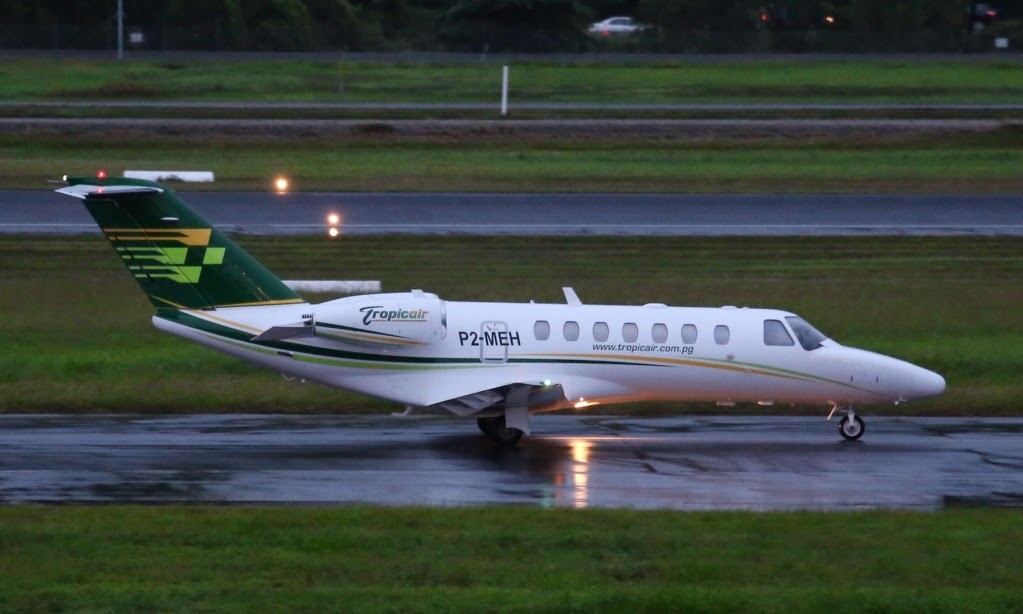 The bright and colourful bizjet performed a missed approach at Gladstone Airport while enroute from Archerfield to Cairns - where it was captured arriving by the FNQ Skies Blog. 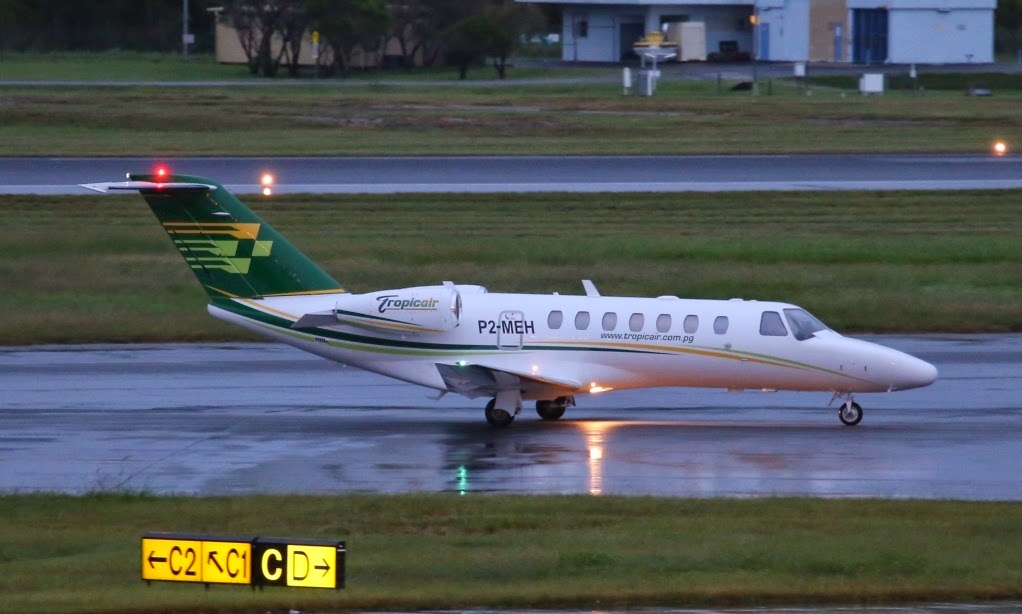 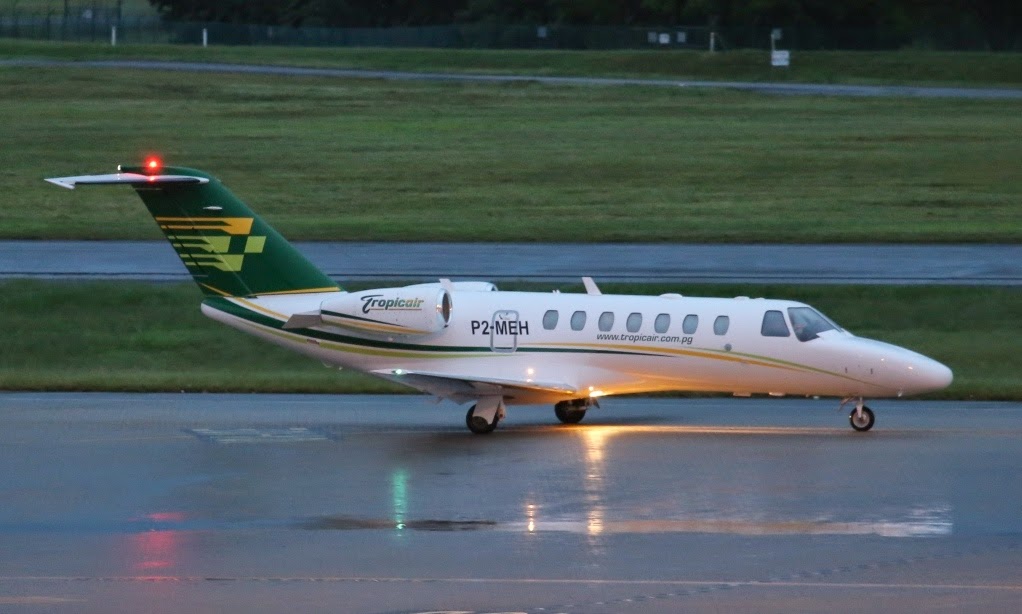 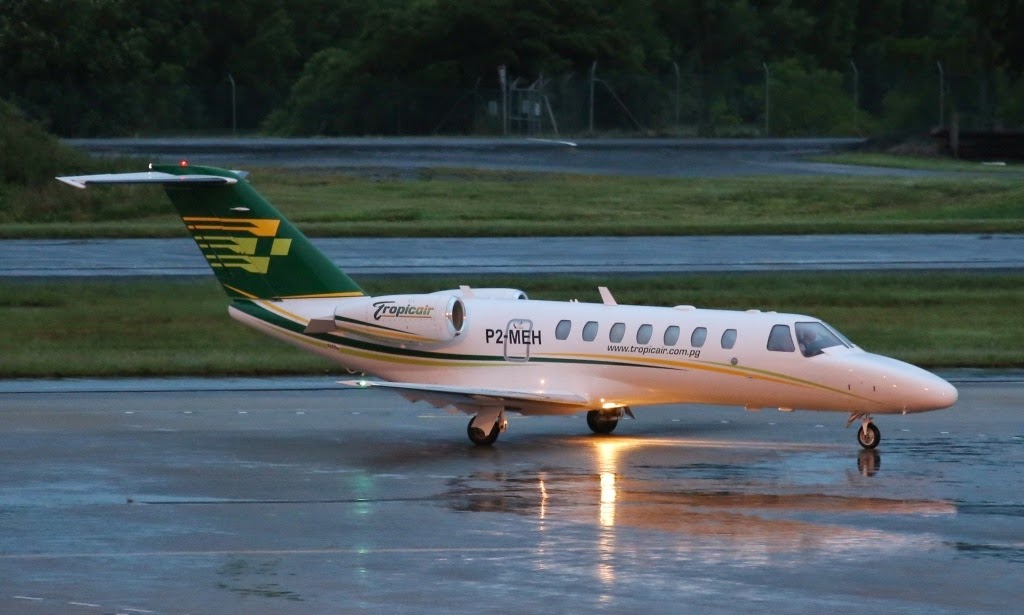 Research reveals that P2-MEH is no stranger to Australian - and New Zealand - skies, having previously been operated by Pacific Jets Ltd in New Zealand as ZK-TBM.

Gladstone plane spotter Michael F reports that heard a loud noise outside and stuck his head outside to see the Ctiation climbing out after performing its missed approach.

Certainly a lovely looking bizjet - we hope it passes through CQ again soon!