A great day for military movements in CQ was also topped off by the visit of an Australian Army Blackhawk and a pair of RAAF C-130 Hercules transport aircraft into Rockhampton Airport on Monday 2 June. 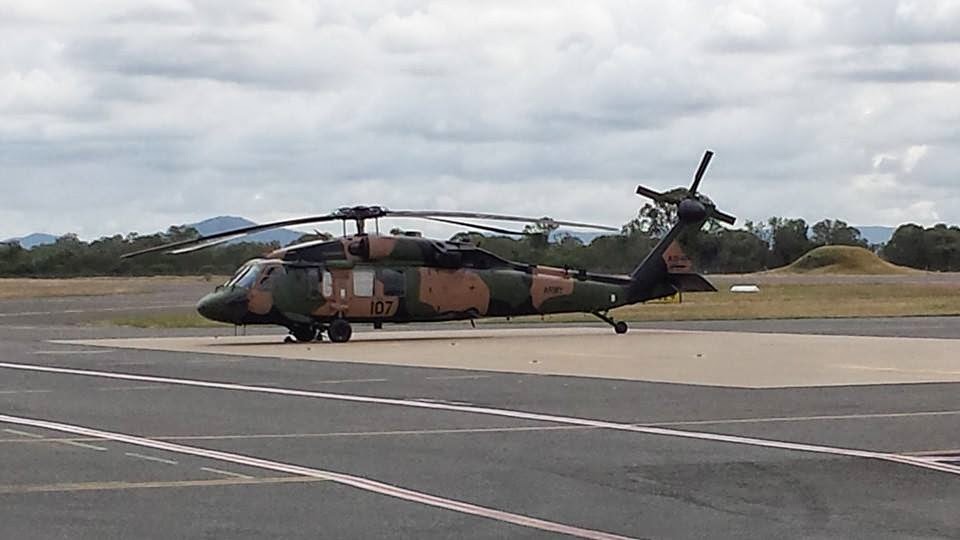 As evening fell, Royal Australian Air Force (RAAF) Lockheed C-130J-30 Hercules transport aircraft A97-466 and A97-467 both called into Rockhampton Airport.  A97-466 (shown below) - "Mambo 32" - reportedly took on fuel at Rocky and soon after departed to Williamson Airfield in the Shoalwater Bay Training Area (SWBTA).  A97-467 - "Mambo 33" - arrived at Rocky from Williamson. 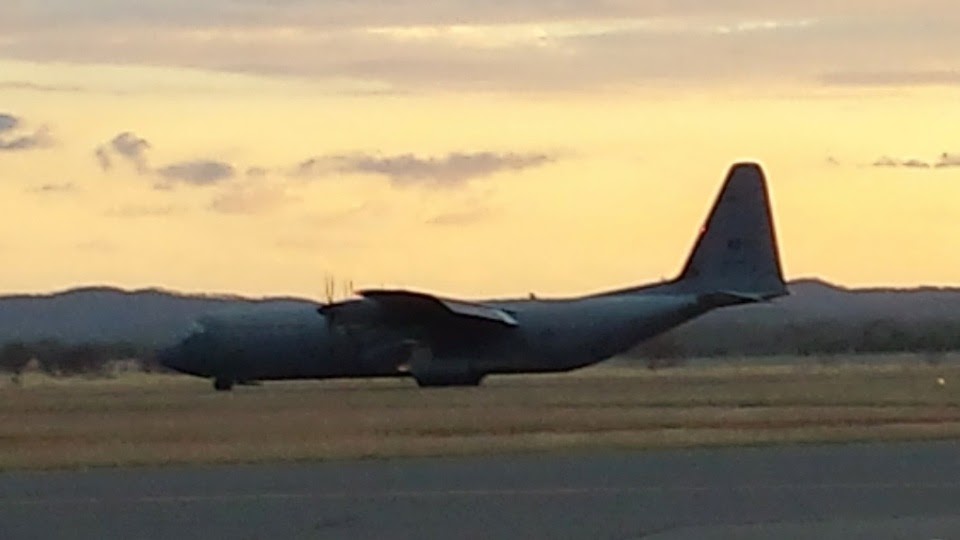 Incidentally, A97-466 has been spotted in Townsville over the last week, and it was also heard to be calling into Williamson as "Trojan 55" last Wednesday 28 May.  Fellow RAAF C-130 A97-464 was also been heard flying into Williamson on Thursday 29 May as "Mentor 26".

Thanks to Phil M at Rocky for sending through these great photos!