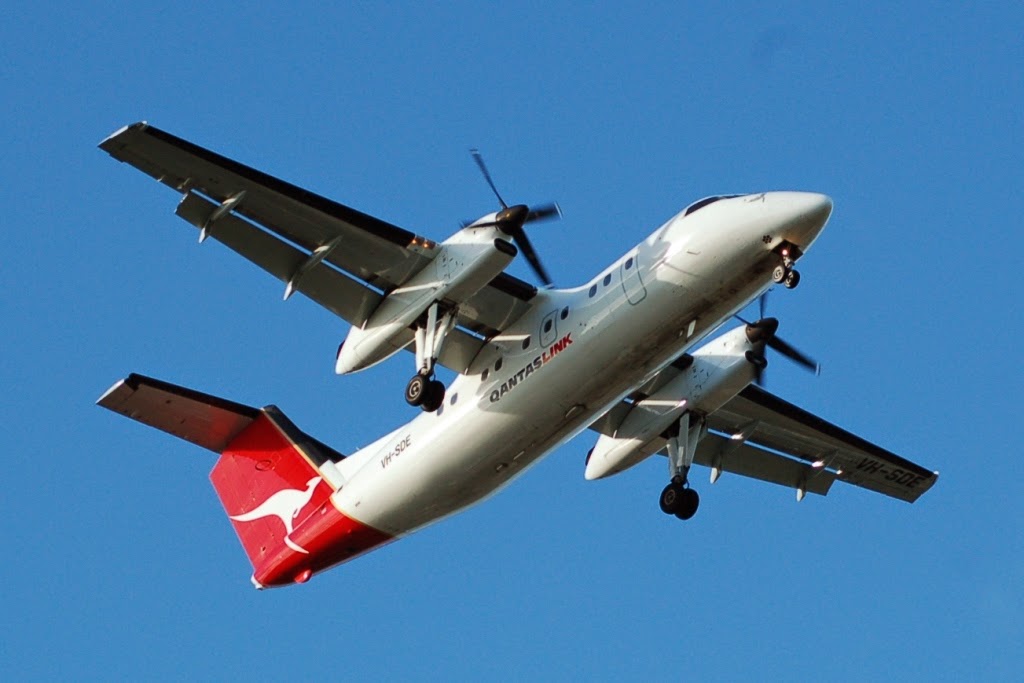 A well known plane spotting and enthusiast webpage has reported that a couple of favourite aircraft of mine - the two QantasLink Dash-8-200s that I travelled on quite frequently when I first moved to Clermont and flew home from Emerald to Brisbane most holidays - VH-SDA and VH-SDE have both recently been sold overseas and removed from the Australian aircraft register. 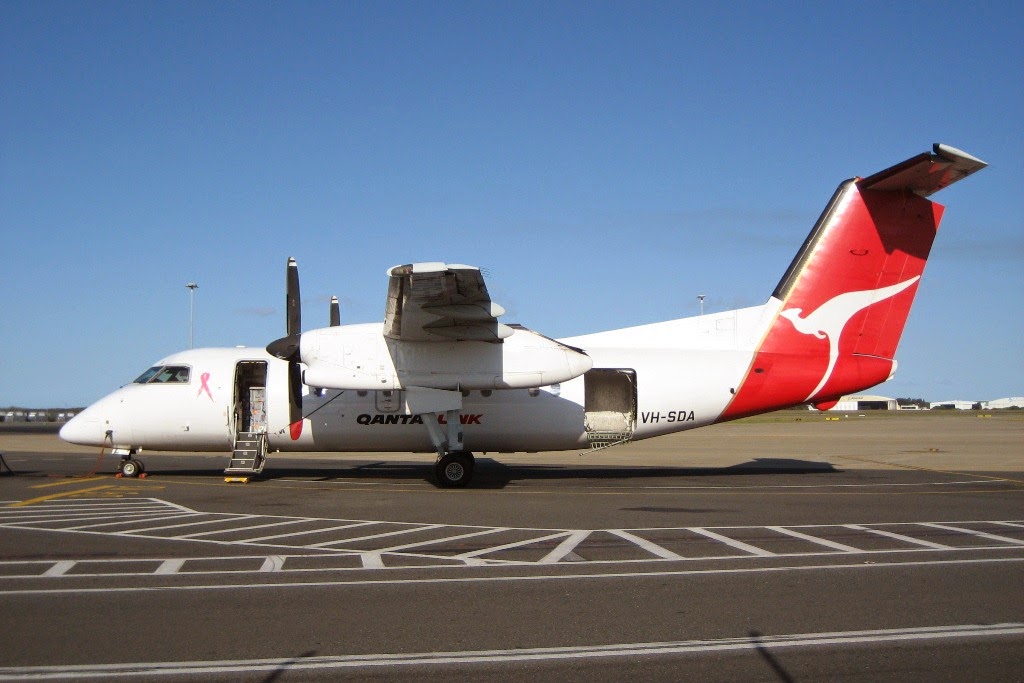 They were de-registered on Thursday 5 June and now currently sit idle at the 'North Pond' at Sydney Airport with all red tails and their titles removed. 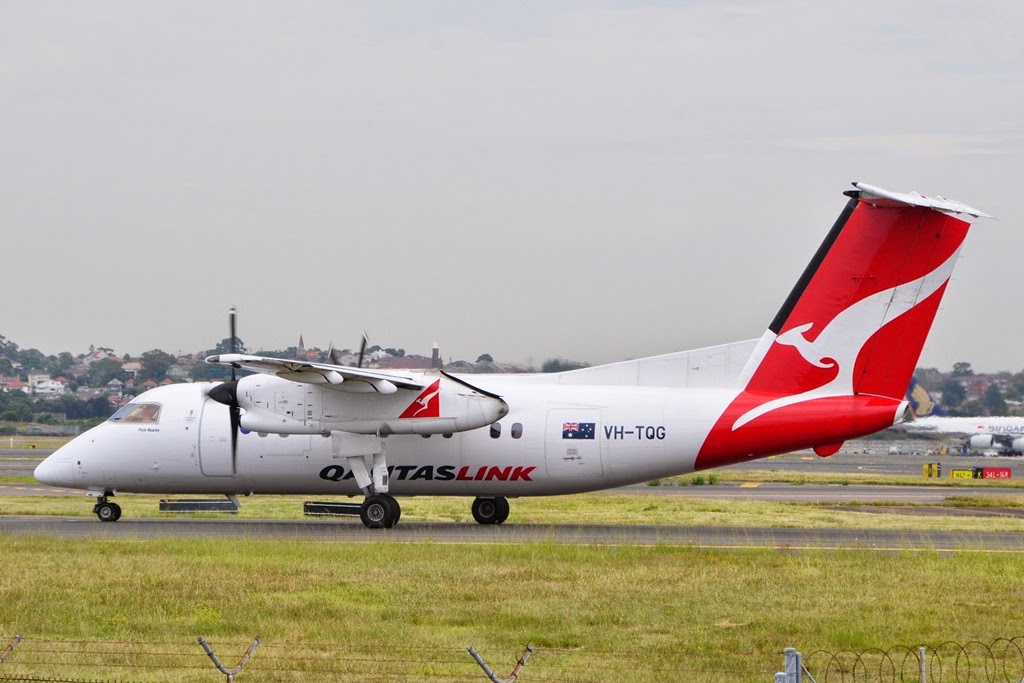 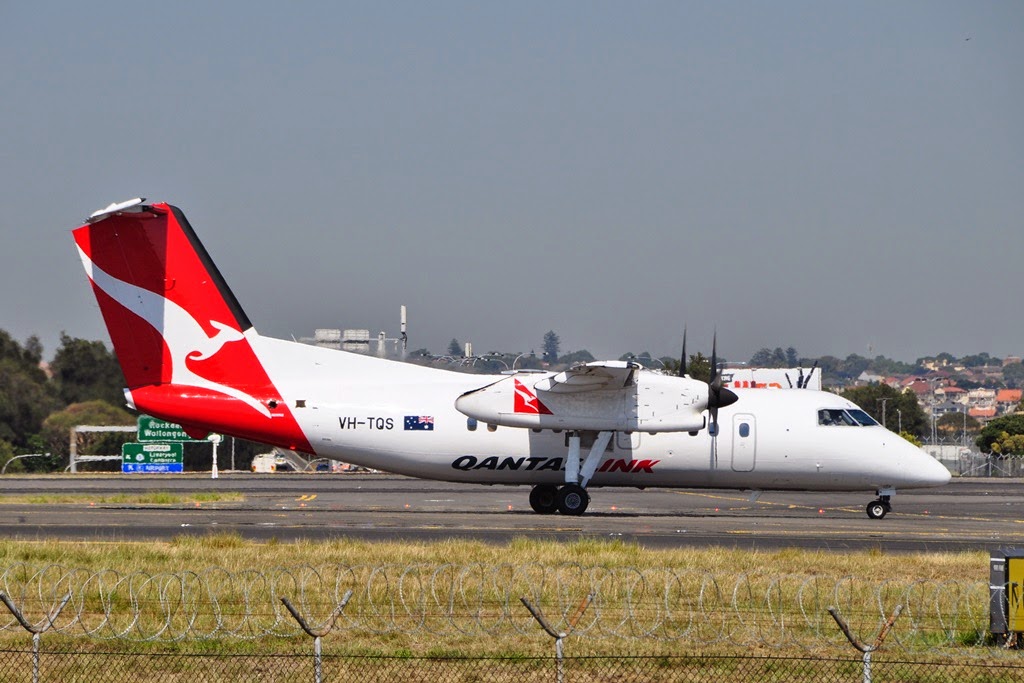 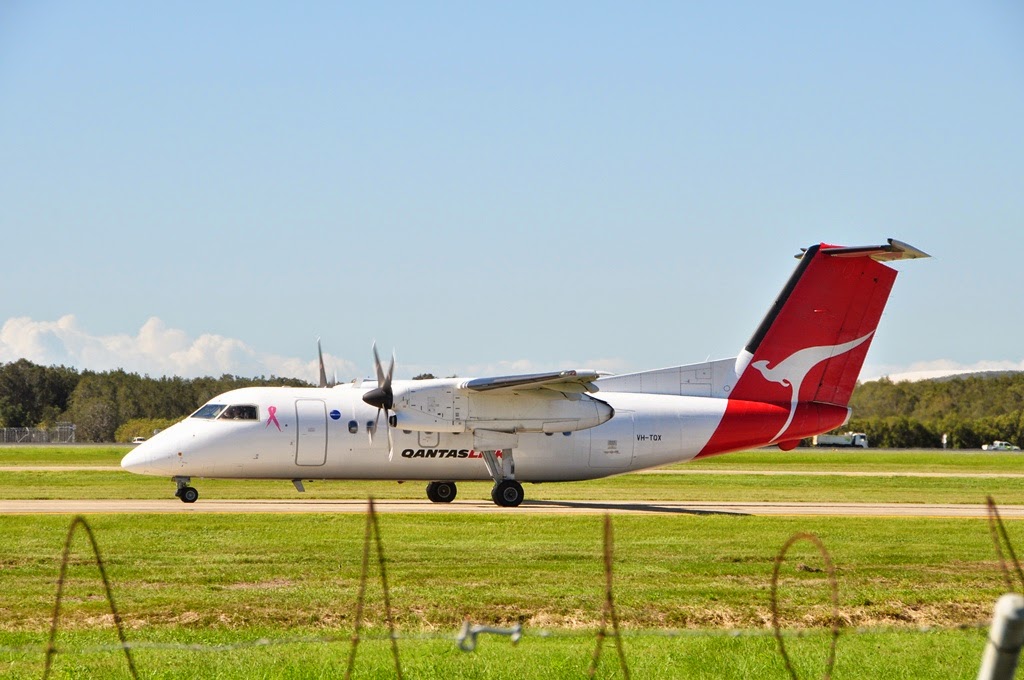 Information currently suggests that VH-SDA is now -re-registered as C-FEBU, while VH-SDE is now C-FEAQ.  Both aircraft are registered to the Avmax Group (Canada), who appear to be an aircraft leasing company.  There is speculation now that both aircraft could depart Sydney soon for delivery to another airline.  There is also speculation (unfortunately) that they could also be scrapped.

I hope not!  I have very fond memories of flying on VH-SDA and VH-SDE most holidays!
Posted by Damian F at 7:39 AM