The long awaited and much anticipated flights were announced following numerous surveys where Mackay residents overwhelmingly demanded direct flights to the South-East corner holiday destination.  When announcing the new services earlier this year, Jetstar CEO David Hall said Queensland customers would benefit from a greater choice of low fares between key cities and regional centres as part of a 'revamp' of North Queensland services.

It was also announced yesterday that Jetstar were reducing services to Hamilton Island by cutting services to Brisbane. Jetstar will also reduce the number of direct flights from Mackay to Brisbane, and revamp services between Townsville and Brisbane as a part of the revamp. 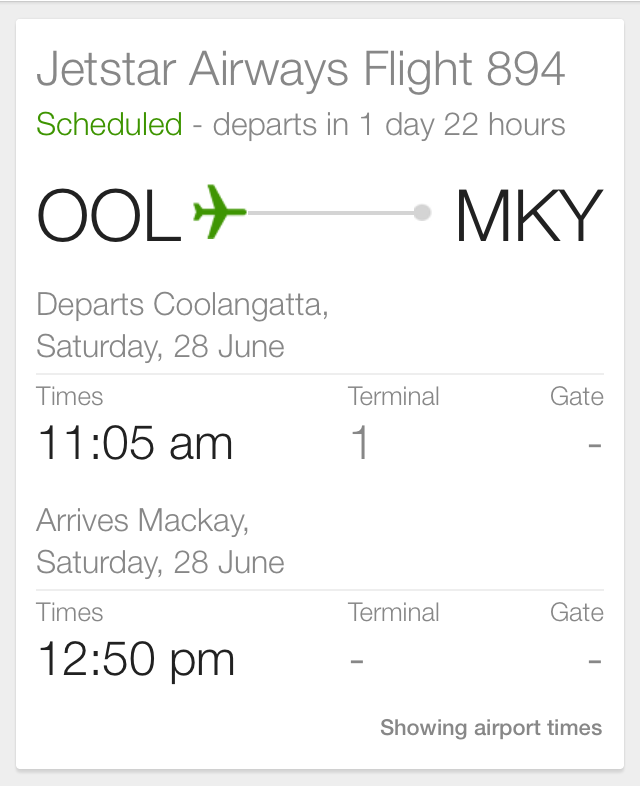 The inaugural JQ894 flight from the Gold Coast to Mackay is due to touch down at 12.50pm on Saturday.
Posted by Damian F at 7:46 AM