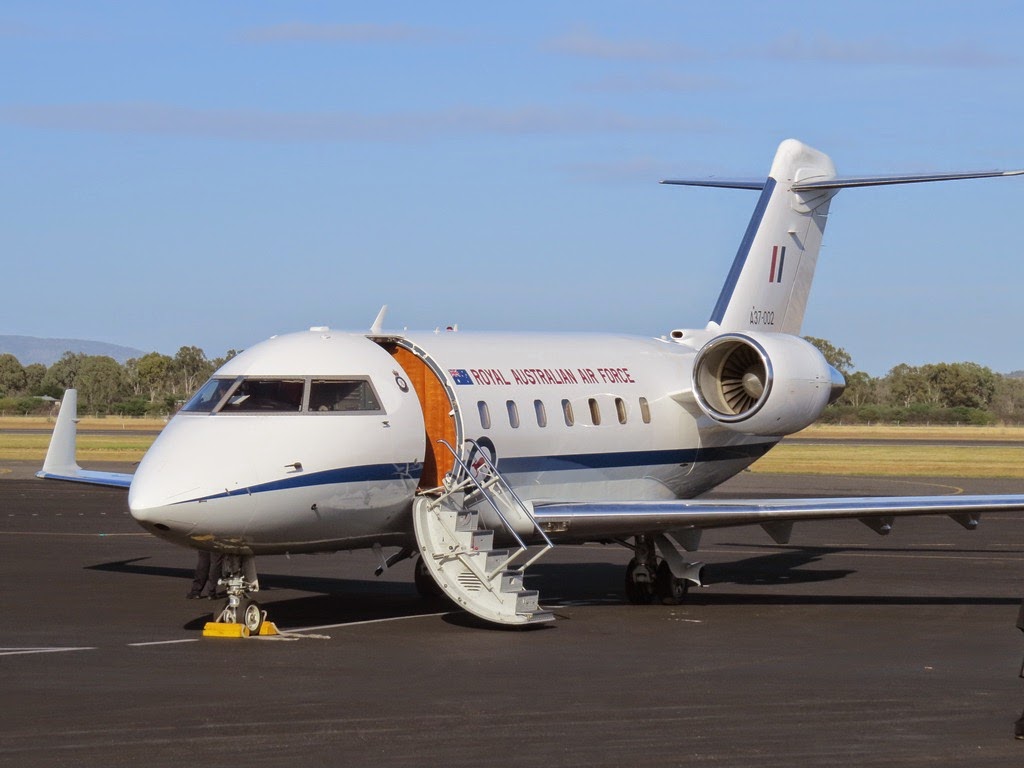 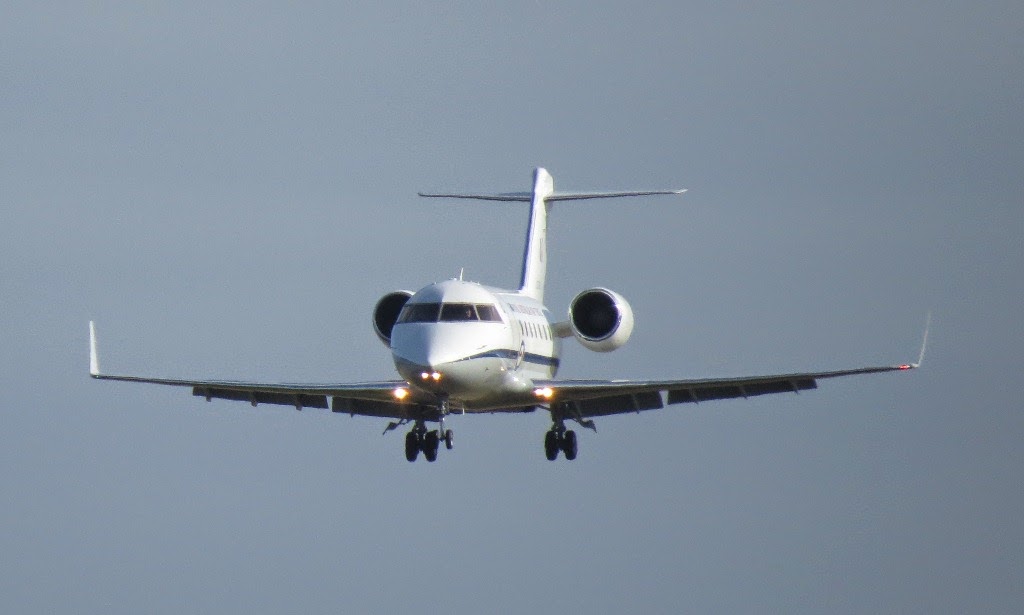 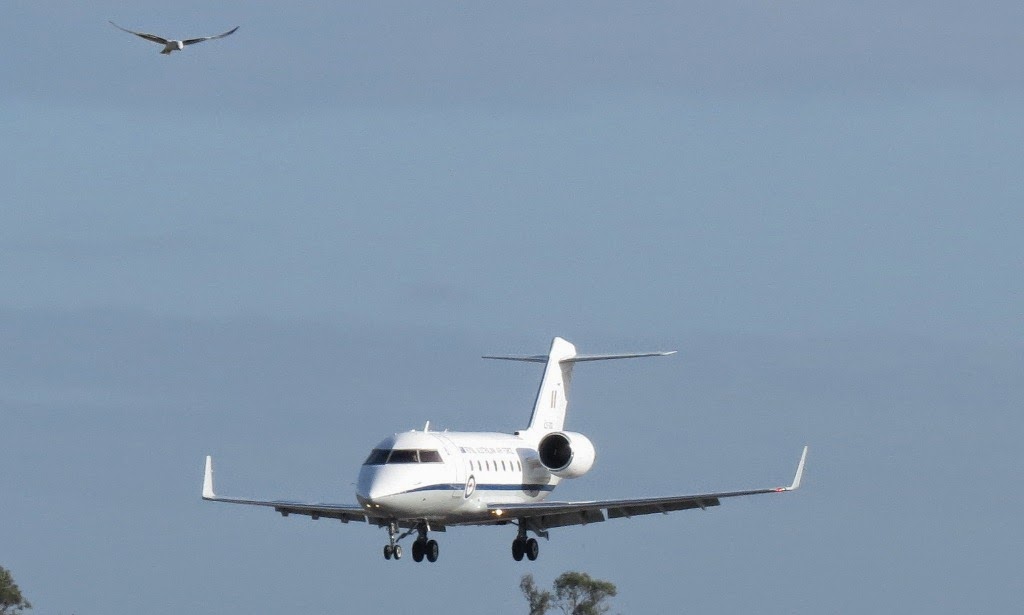 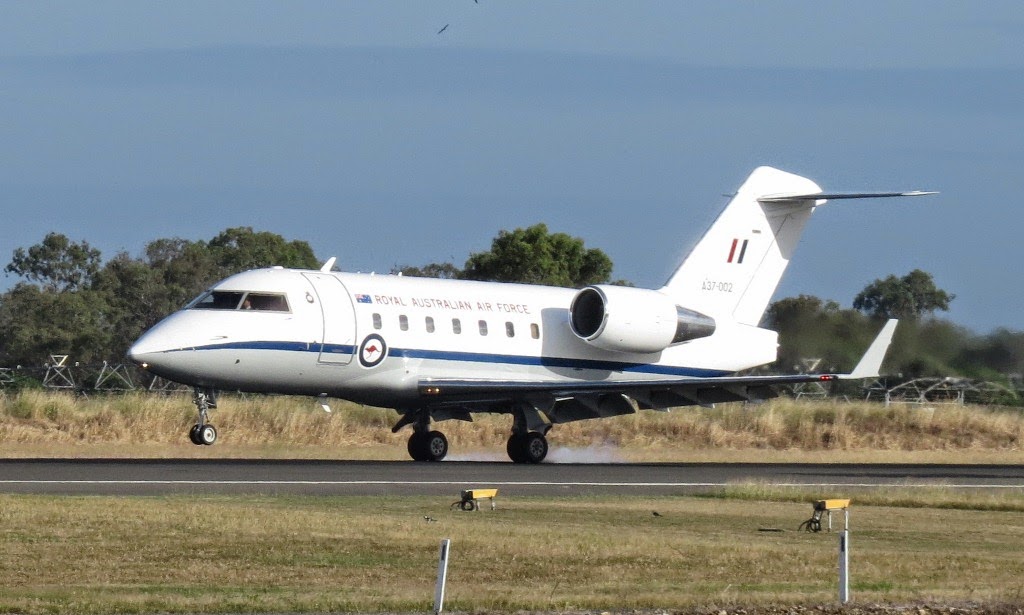 The Challenger was carrying Acting Prime Minister Warren Truss to town on business. 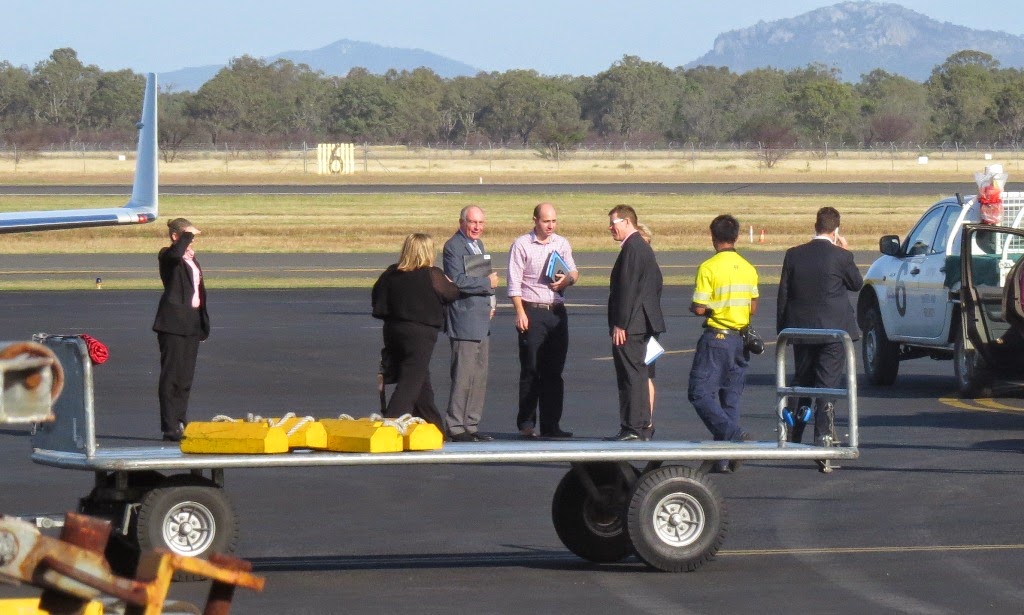 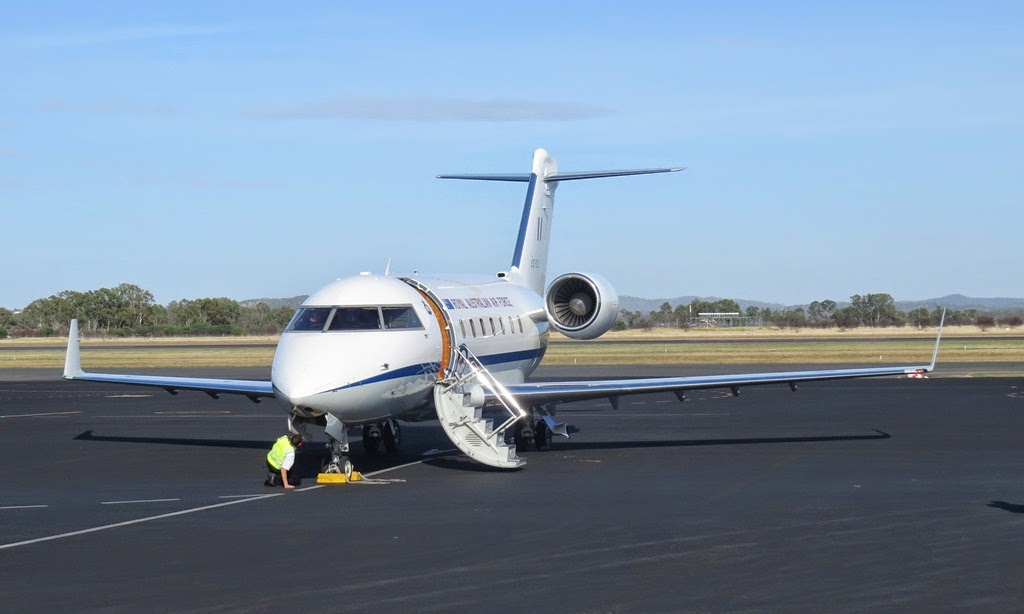 It arrived from Mackay Airport, from where it had earlier arrived from Townsville.  It is also believed that A37-002 was in Mackay on Tuesday 10 June, having flown in from and later departing back to Townsville.  It has been using the radio callsign of "Envoy 30" throughout its travels. 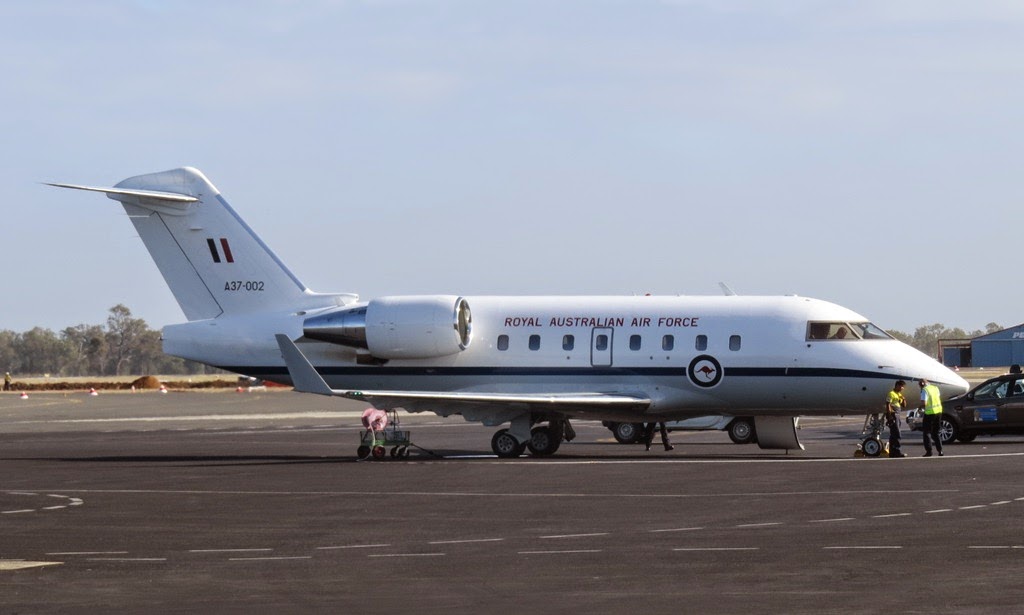 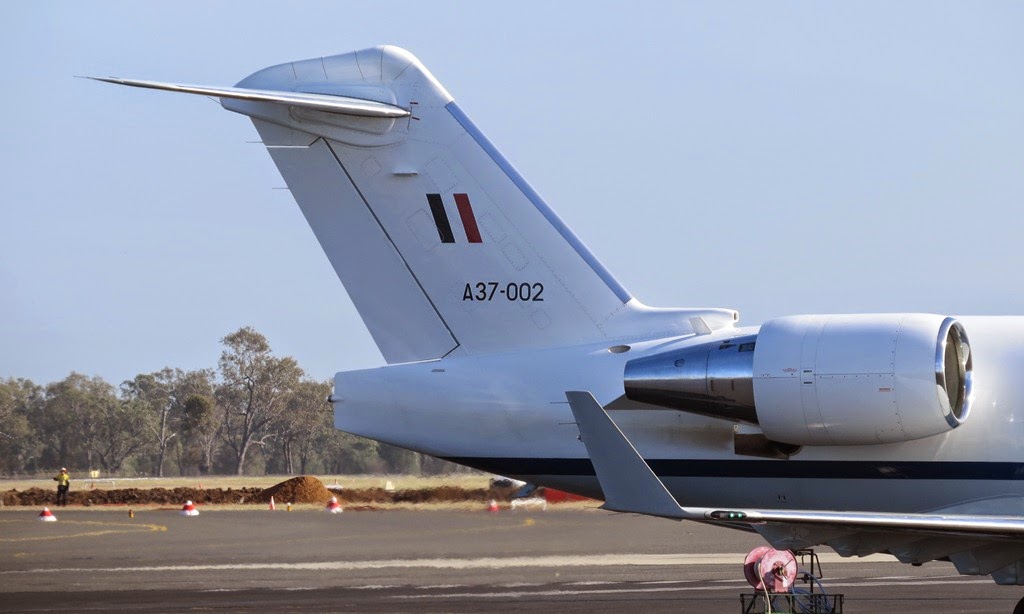 Minister Truss then continued his tour of North and Central Queensland by departing Rocky for Gladstone, with the Challenger parked on the Gladstone Airport apron, and looking like it was preparing for an overnight stay.