What a lovely start to the Fly-in! 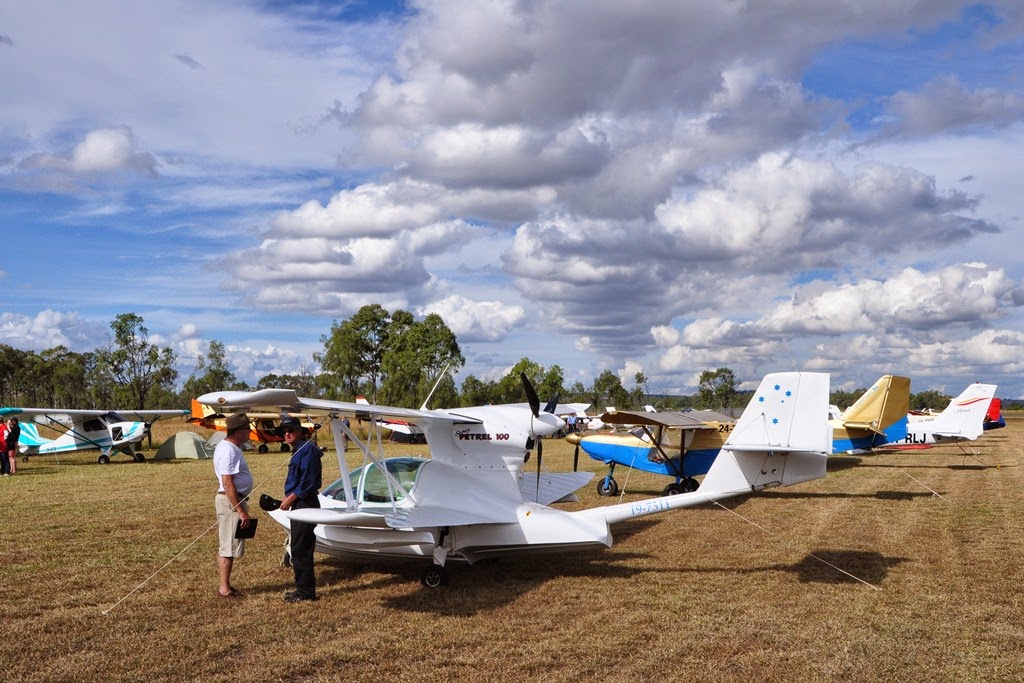 The action at the Callide Dawson Flying Group (CDFG) 25th Anniversary Fly-in at Biloela / Thangool Airport was building up Saturday 7 June, with several aircraft touching down under sunny but cloudy skies. 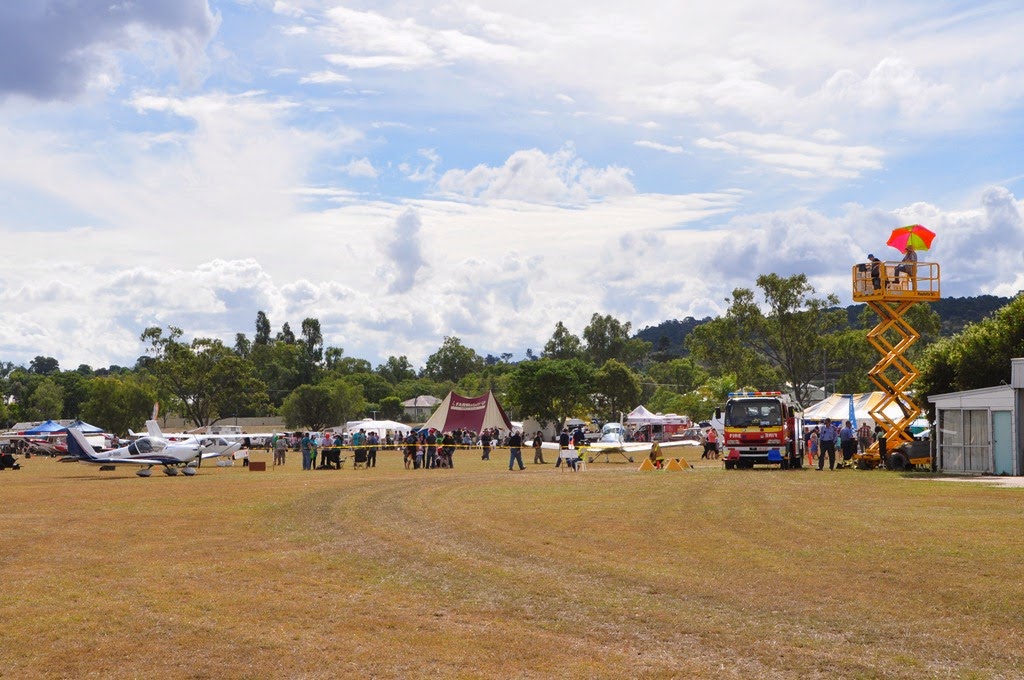 The weekend is being held by the dedicated members of the group, with help from numerous generous sponsors and helpers ensuring that the weekend runs smoothly.  The CDFG hopes to make this an event that caters for all ages with a particular focus on encouraging families to have a day out. 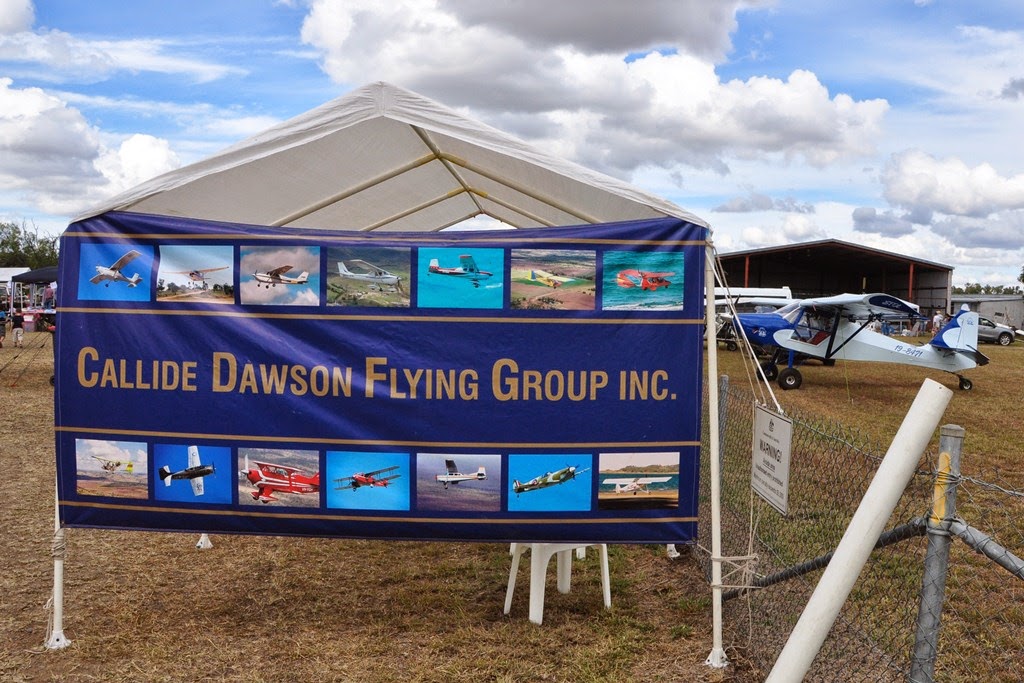 Along with the usual attractions for plane spotters and aviation enthusiasts - including joyflights in Robinson R-44 helicopter VH-MTY and Training Intro Flights (TIFs) - there are also many other general interest items at the Airport like market stalls, jumping castles, kiddie rides, bus tours, camel rides, flight simulator, vintage car displays and much more!  To fill the tummies there are stalls selling pies, hamburgers, drinks, ice cream, popcorn, hot chips, sandwiches and more, plus a dining tent catering for breakfasts, lunches and dinners. Entertainment and a BBQ on the Sunday night. 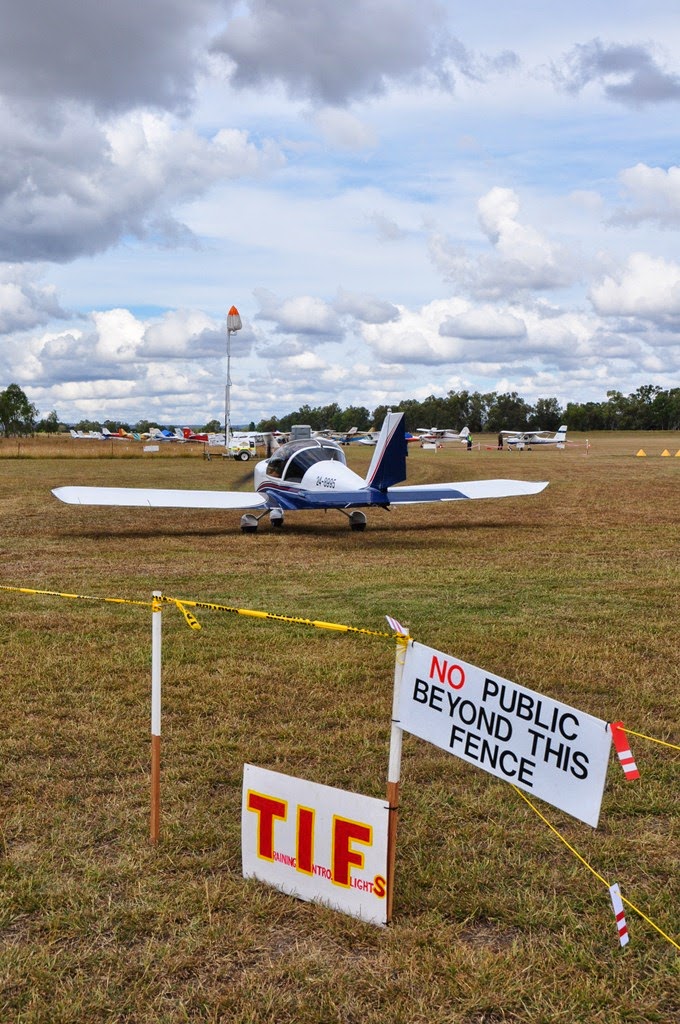 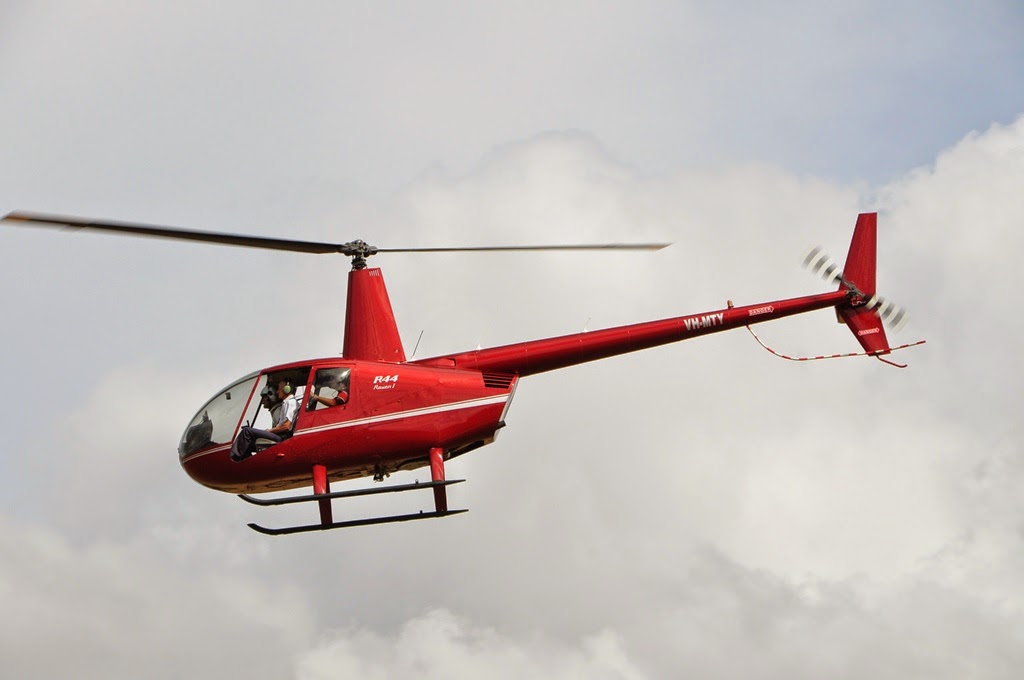 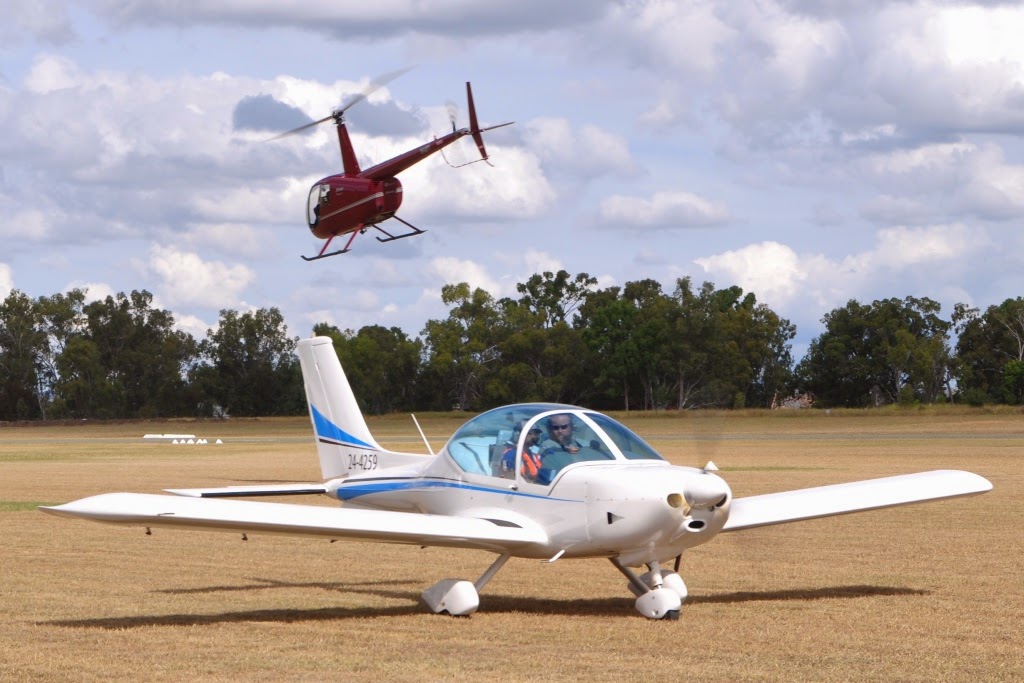 Over 50 aircraft have touched down so far, with several 'day visitors' departing back to Rockhampton and Gladstone late in the day.  Also present were a pair of aircraft from the Old Station Farm at Raglan, which recently held the very successful heritage shown and fly-in. 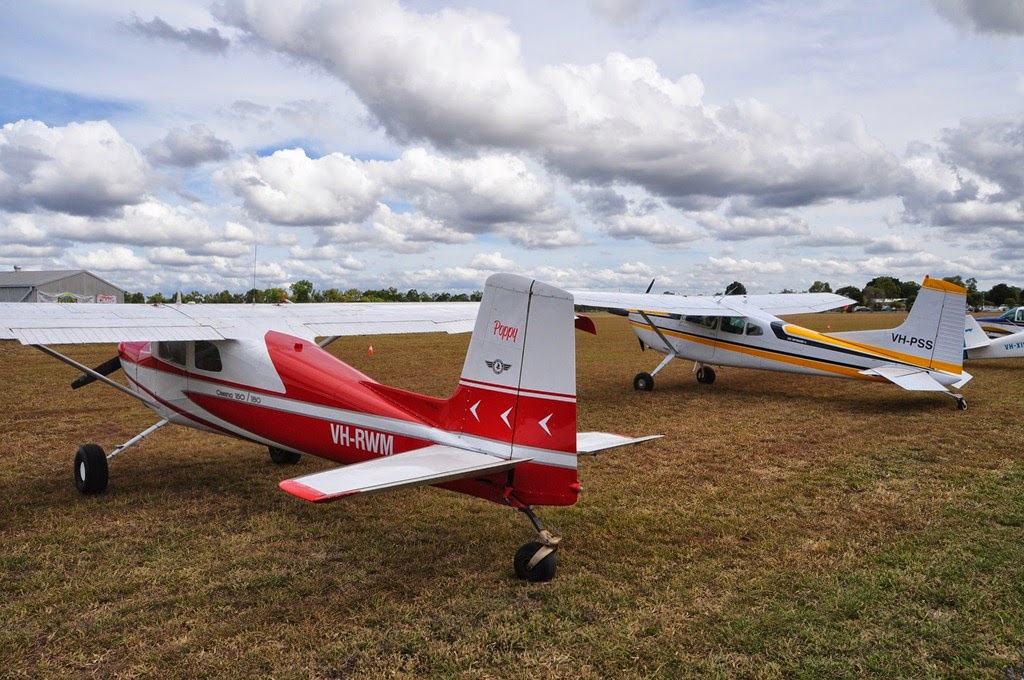 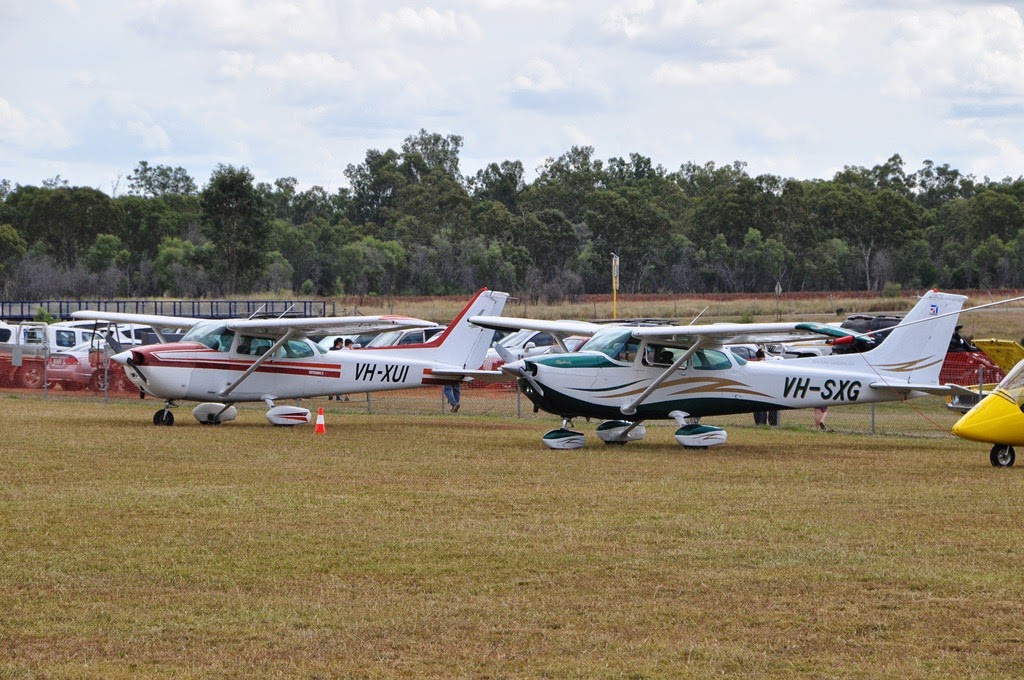 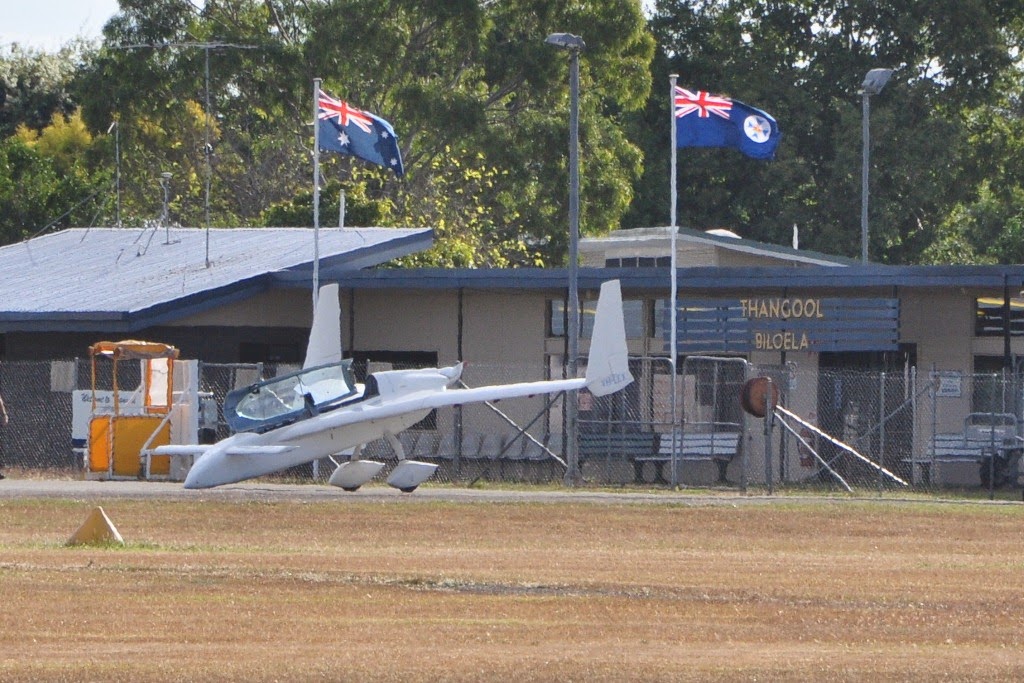 Several aircraft have already arrived and are parked on the North-Eastern edge of the Airport. 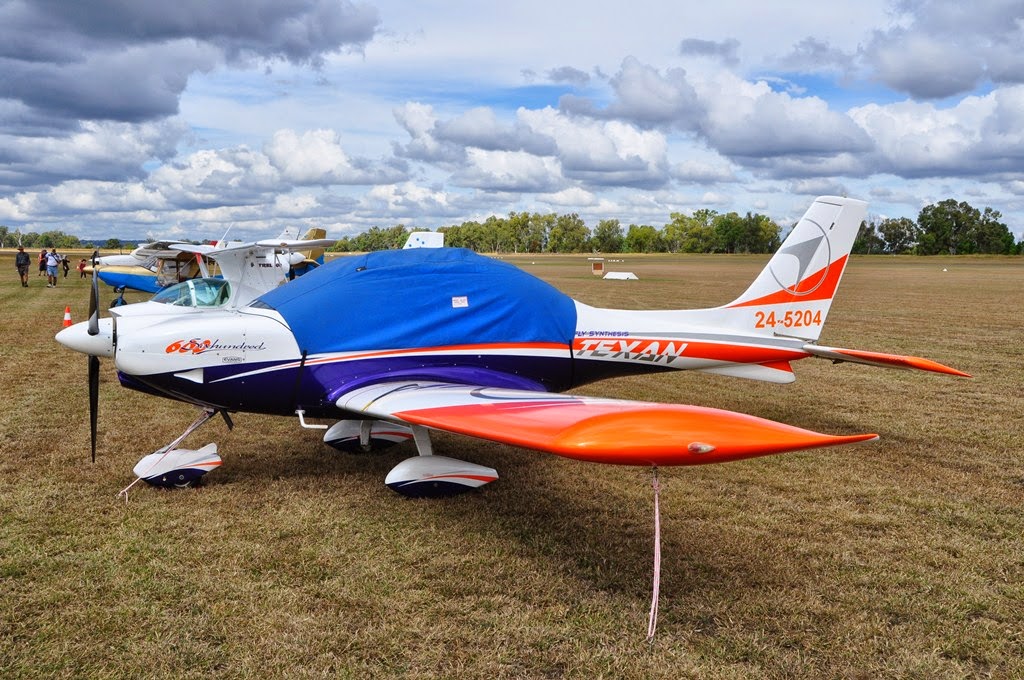 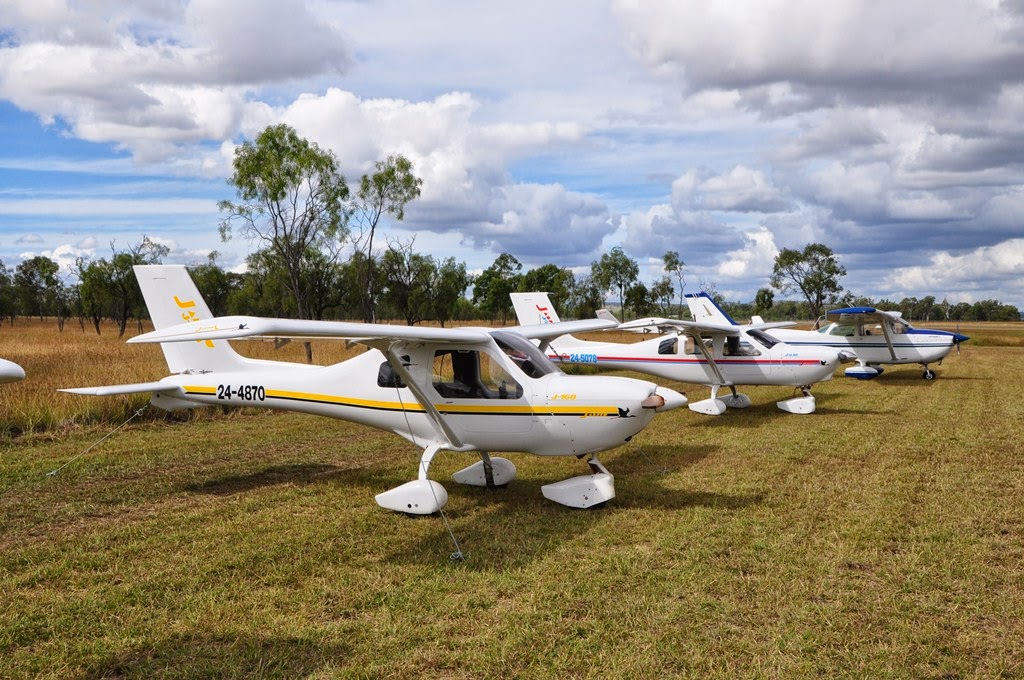 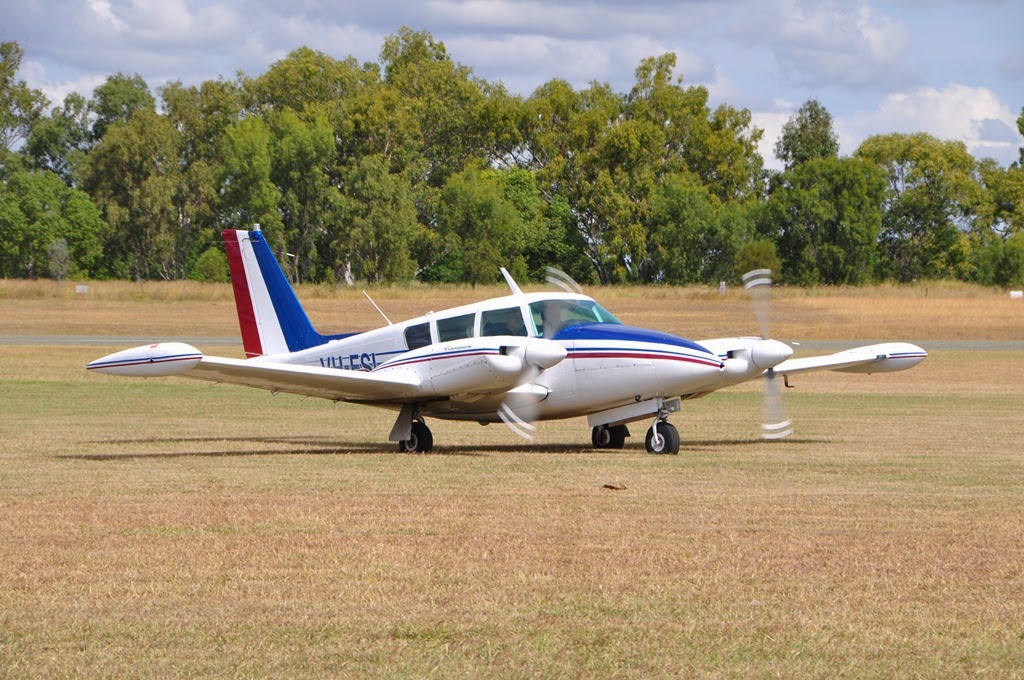 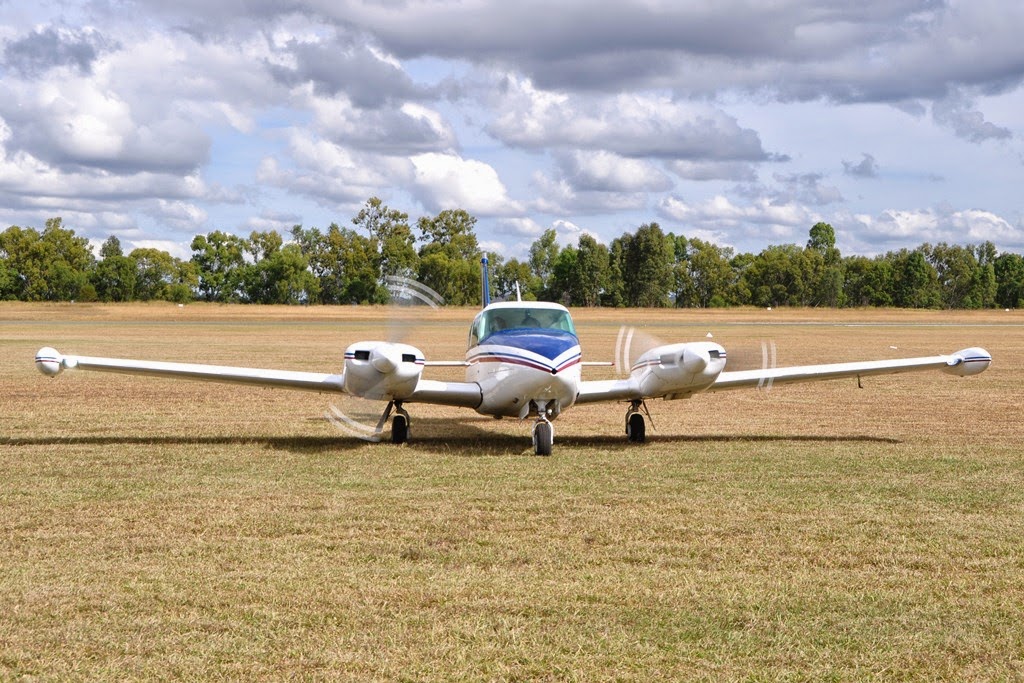 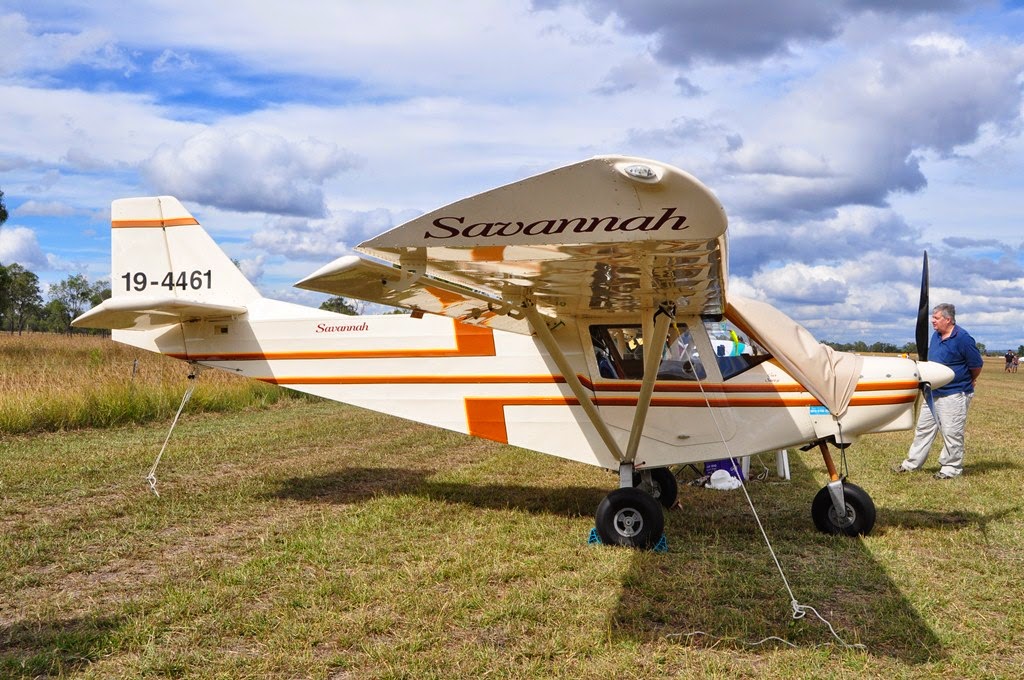 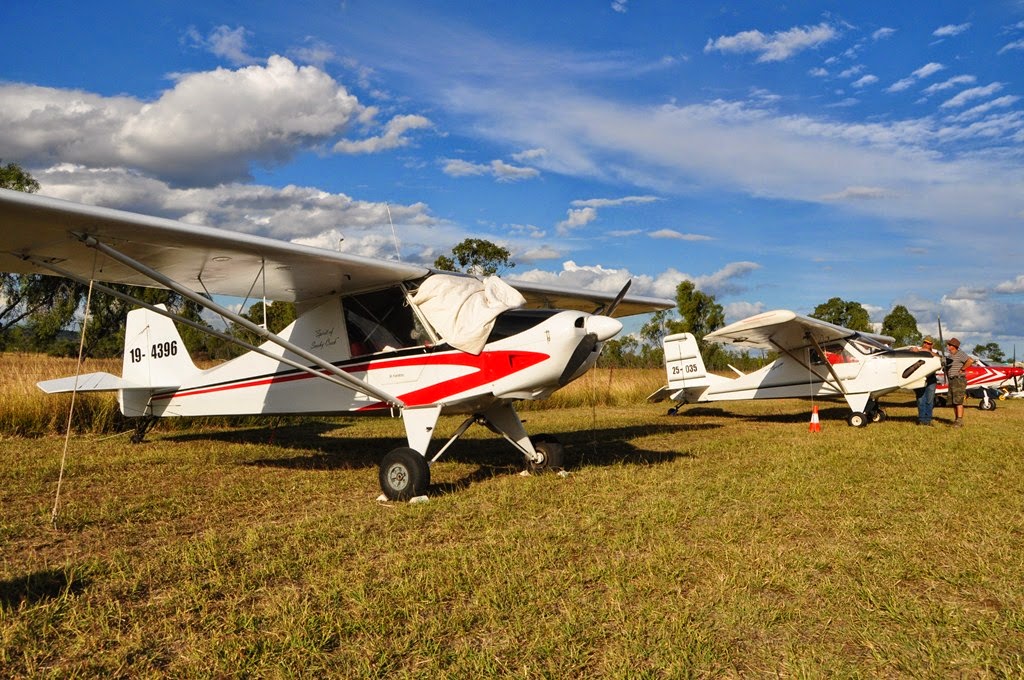 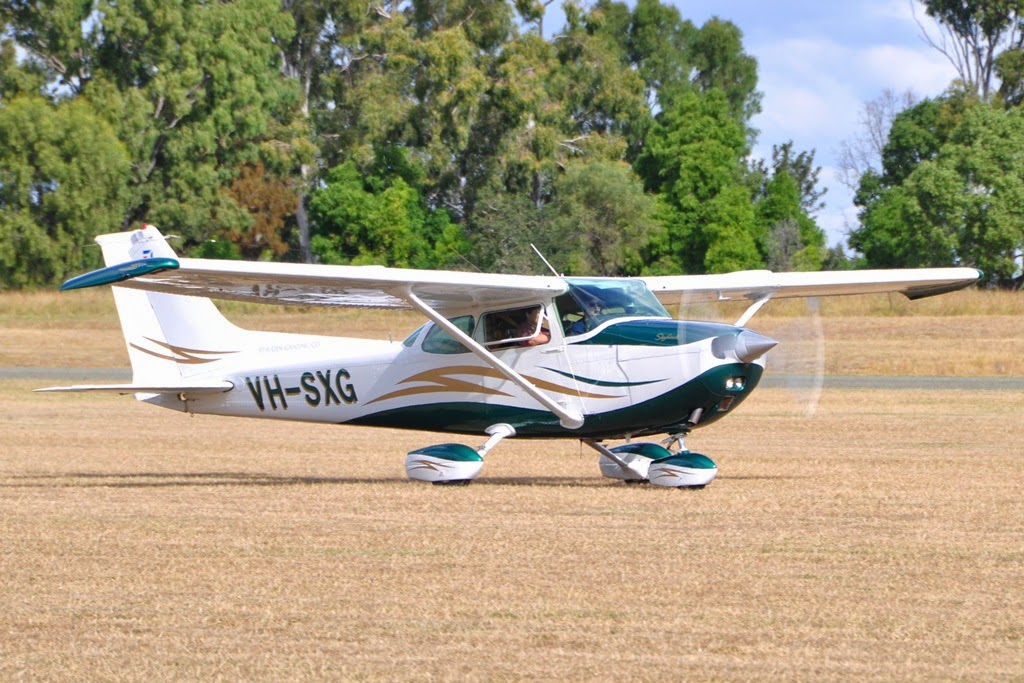 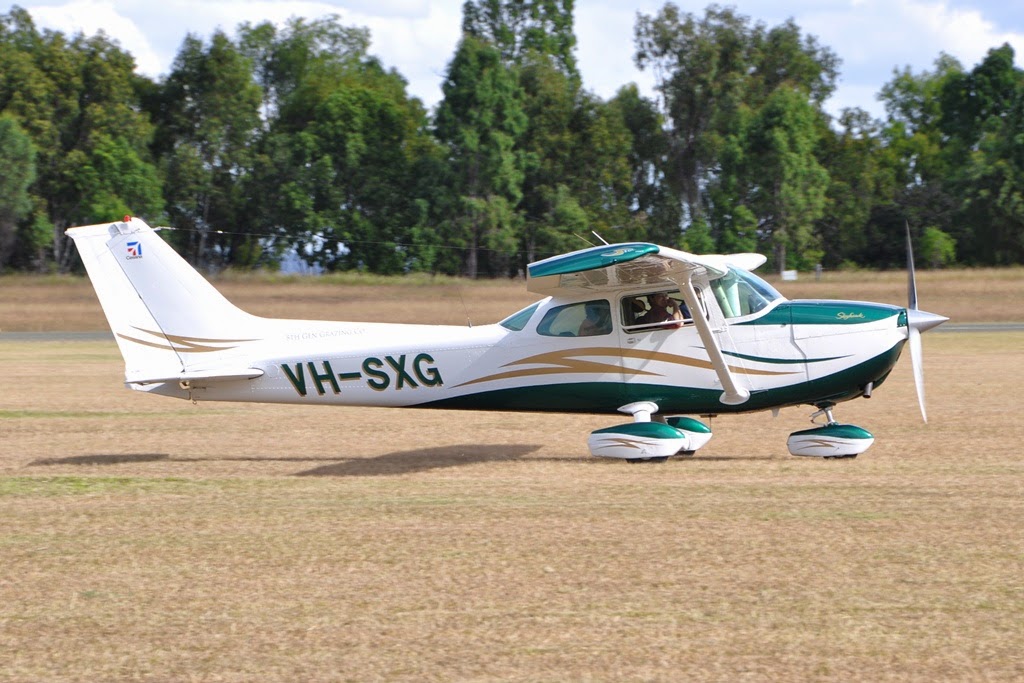 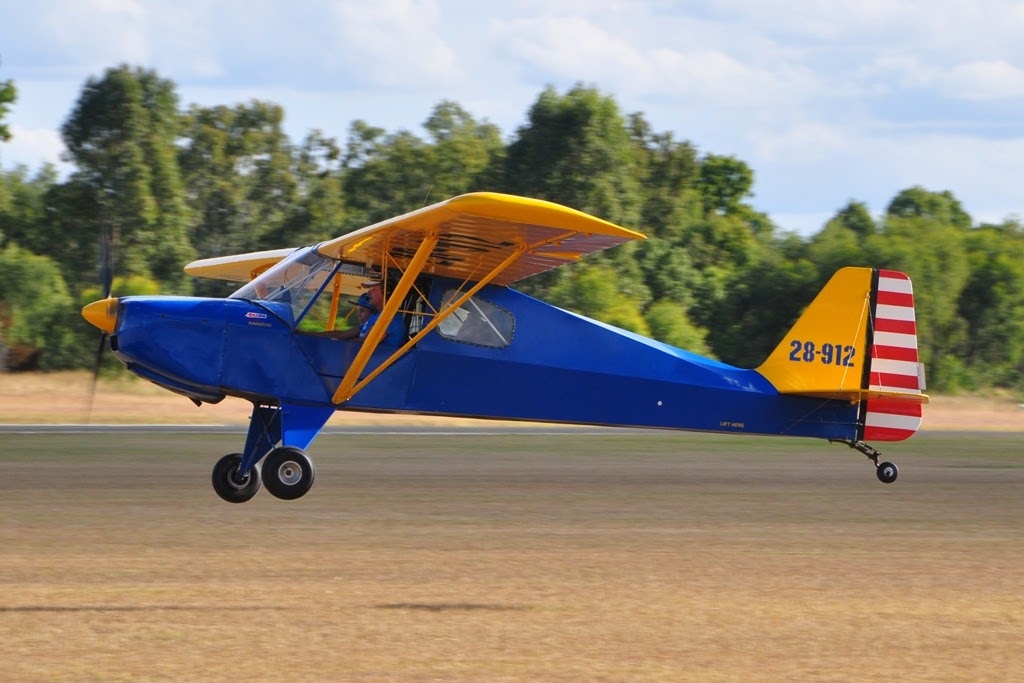 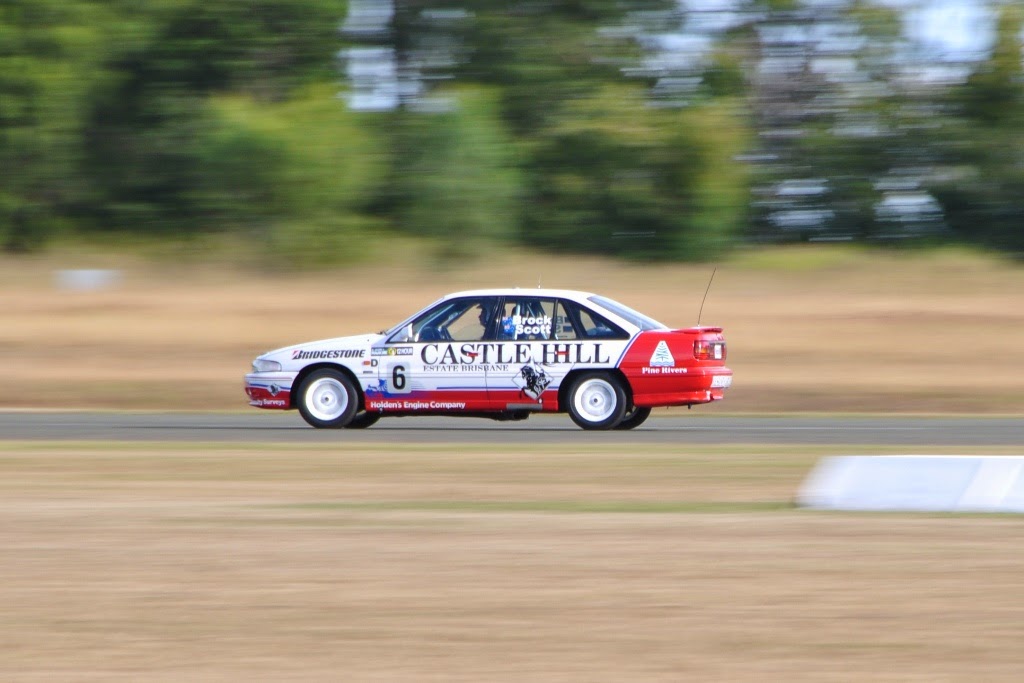 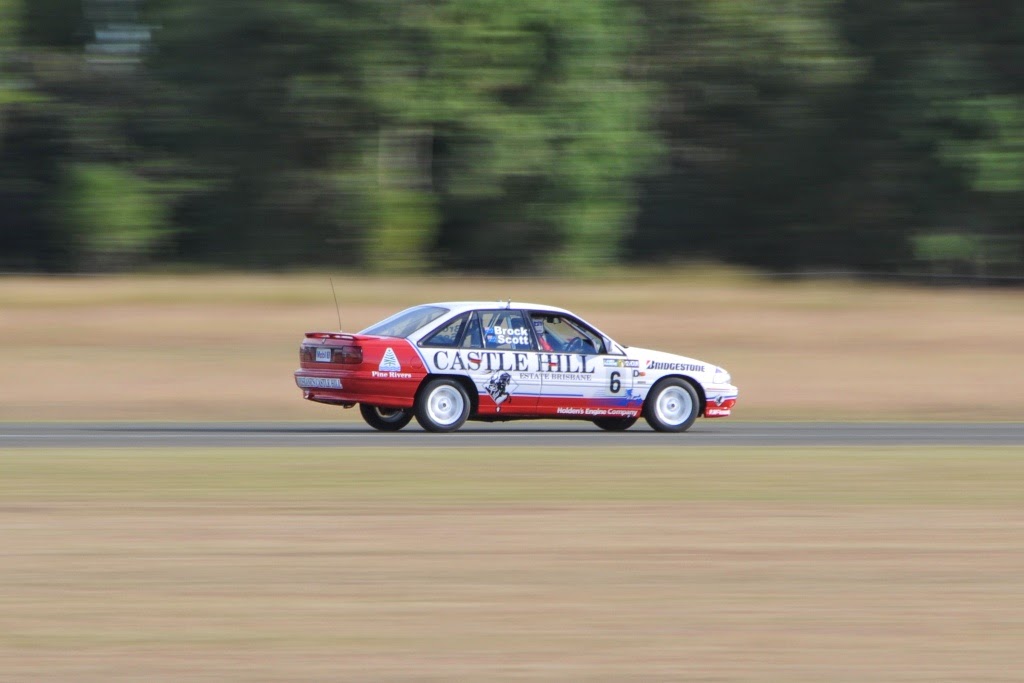 Certainly a lovely day at Biloela / Thangool Airport.  The action at the Fly-in is expected to kick off early on Sunday 8 June, including a memorial flight, along with more arriving aircraft, and another drive-past from the mighty Holden Commodore.  There will also a small break in proceedings to allow for a QantasLink Dash-8 to arrive and depart on RPT duties from Brisbane.

With this fly in the Club hopes to raise funds towards the building of an amenities block for the CDFG as well as the funds being raised for RFDS and Angel Flight.
Posted by Damian F at 7:32 PM