With their participation in this first stage of joint Military Exercise Talisman Sabre 2021 (TS21) seemingly now complete, on Monday 19 July, all the visiting Australina Army helicopters departed Rockhampton Airport and headed back up to Townsville. 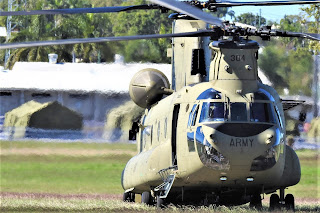 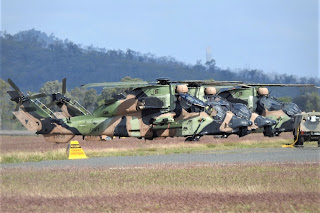 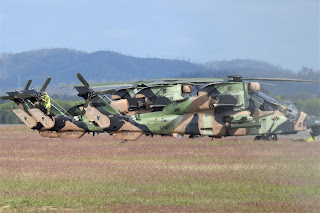 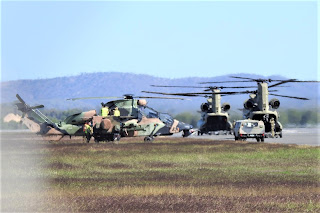 All four Tigers were noted flying back to Townsville via a refueling stop at Mackay Airport.
Meanwhile, also on Monday 19 July, a couple of other movements for Exercise Talisman Sabre 2021 including Royal Australian Air Force (RAAF) Beech B350 Super King Air A32-675 visiting Rockhampton Airport again but this time as "Dingo 02".  It flew down from Townsville via airwork at Shoalwater Bay before later returning North.
While RAAF Alenia C-27J Spartan transport aircraft A34-008 visited Rockhampton Airport once again as "Wallaby 01".
All photos taken by John Lee  ©
Posted by Damian F at 8:43 PM