Late on Monday 19 July, Royal Australian Air Force (RAAF) Boeing C-17A Globemaster III transport aircraft A41-206 was spotted as it made two visits to Bundaberg Airport.  It was flying as "Thunder 01" and looked to fly up from RAAF Base Amberley to Williamson Airfield within the Shoalwater Bay Training Area (SWBTA) before then heading down to Bundy. 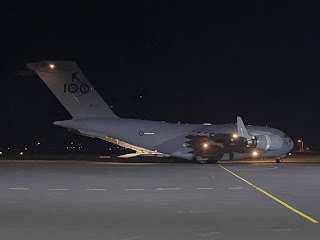 After offloading some equipment, A41-206 "Thunder 01" departed Bundaberg Airport and returned to Amberley. 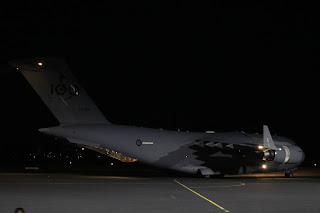 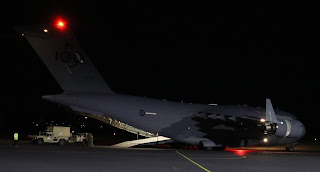 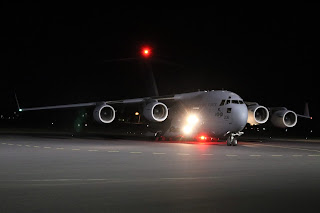 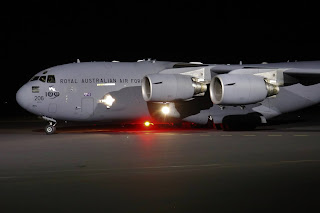 But then, A41-206 "Thunder 01" flew back up to Bundaberg Airport and offloaded more equipment, before it then returned to Amberley once again.
Of interest, A41-206 still wears additional decals to commemorate the RAAF's 100th anniversary and is one of eight C-17A Globemaster III aircraft that are flown by the RAAF's No. 36 Strategic Transport Squadron based out of Amberley.

Sincere thanks to local plane spotters Hayden M-A and Peter S for taking the time to capture and send through these great photos and video!

Photos and video taken by Peter Sajko and Hayden Matthew Alexander  ©
Posted by Damian F at 8:05 AM