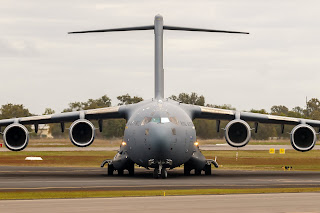 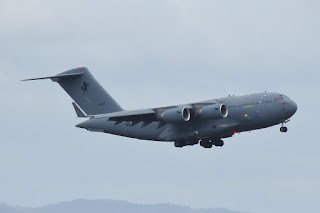 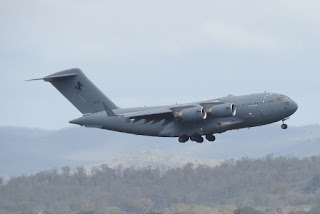 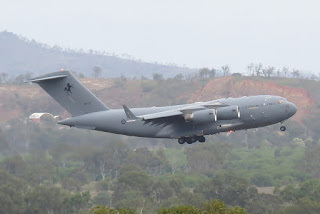 A41-211 brought personnel and equipment to Rocky that will no doubt be used in the forthcoming joint military Exercise Talisman Sabre 2021 (TS21) which is due to get underway next week.  It will be primarily held across central and north-east Queensland, as well as off the east coast of Australia. 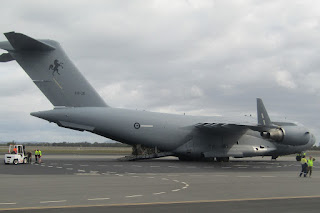 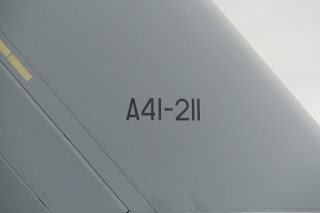 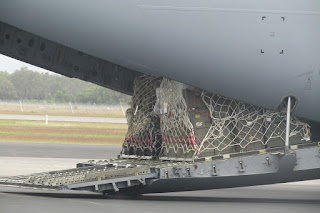 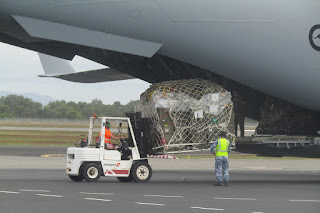 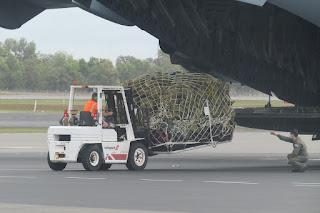 After some time on the ground, A41-211 "Stallion 23" then departed Rockhampton Airport and flew up to Darwin.
Sincere thanks to the local plane spotters for taking the time to capture and send through the great photos we've seen so far!
You are also invited to share with us any of your photos captured before, during and after TS21, simply by posting to our Facebook page (https://www.facebook.com/cqplanespotting/), or alternatively by emailing them to:  cqplanespotting@yahoo.com
Photos taken by Steve Vit, 'IAD' and Trevor Hardsman  ©
Posted by Damian F at 9:15 PM