On Saturday 24 July, the culmination of a week of training occurred with with Royal Australian Air Force (RAAF) Boeing C-17A Globemaster III A41-208 "Thunder 01" completing another two visits to Bundaberg Airport as the United States Marine Corps (USMC) completed a HiMARS Rapid Infiltration as a part of Exercise Talisman Sabre 2021 (TS21). 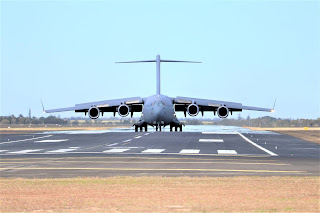 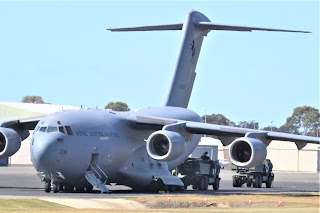 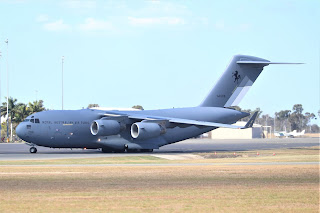 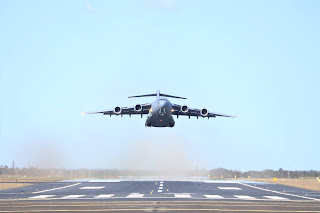 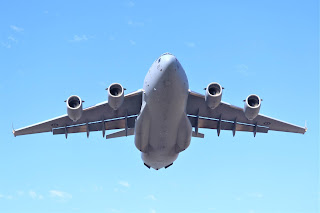 Both morning and afternoon visits, the Globemaster arrived from and then later departed back to RAAF Base Amberley. 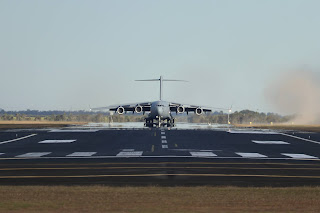 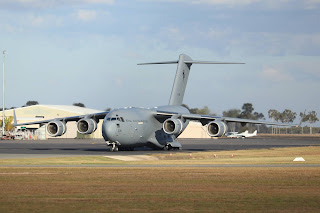 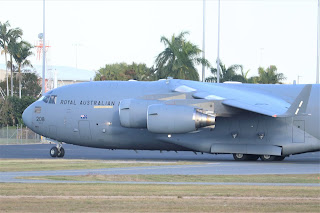 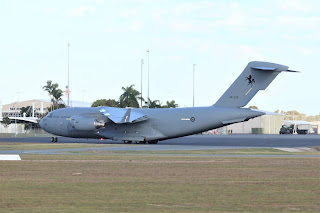 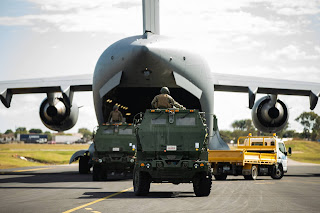 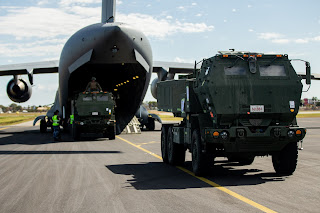 As mentioned, on both occasions, A41-208 "Thunder 01" flew to RAAF Base Amberley where the Marines then offloaded and setup the HiMARS systems. 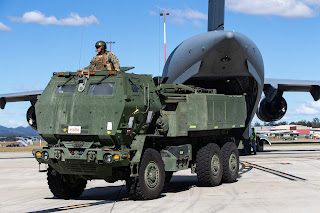 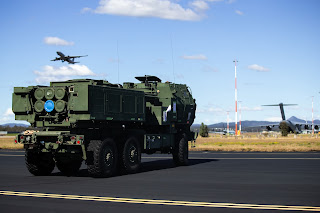 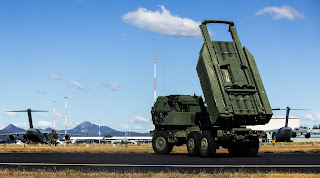 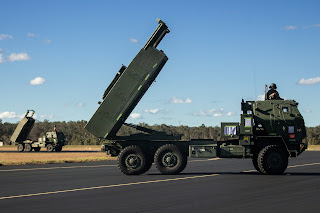 Of interest, the Australian Army will acquire the HiMARS systems in three batches starting in the mid 2020s with a total spend by the Australian Government close to $5bn. This will add enormous weight and range to existing land-based firepower and could give Australia an area denial capability that many believe will be a strategic game changer.

The M142 High Mobility Artillery Rocket System (HiMARS) is a light multiple rocket launcher developed in the late 1990s for the United States Army, mounted on a standard Army M1140 truck frame.
The HiMARS carries six rockets or one MGM-140 ATACMS missile on the U.S. Army's new Family of Medium Tactical Vehicles (FMTV) five-ton truck, and can launch the entire Multiple Launch Rocket System Family of Munitions (MFOM). HiMARS ammunition is interchangeable with the MLRS M270A1, however it is only able to carry one pod rather than the standard two for the M270 and A1 variants.
Meanwhile, Exercise Talisman Sabre 2021 (TS21) is the largest bilateral training activity between Australia and the United States, which commenced last week. Held every two years, TS21 aims to test Australian interoperability with the United States and other participating forces in complex warfighting scenarios. In addition to the United States, TS21 involves participating forces from Canada, Japan, Republic of Korea, New Zealand, and the United Kingdom. The exercise includes a Field Training Exercise incorporating force preparation (logistic) activities, amphibious landings, ground force manoeuvres, urban operations, air combat and maritime operations.
Sincere thanks to the local plane spotters for their assistance in preparing these posts from Bundaberg Airport!
Photos and video taken by Peter Sajko and Hayden Matthew Alexander with additional images from Defence Media  ©
Posted by Damian F at 10:22 AM