On Sunday 11 July, Royal Australian Air Force (RAAF) Search and Rescue (SAR) Bell 412EP helicopter VH-EPH was noted arriving into Rockhampton Airport after flying all the way back over from Western Australia.  The final refueling stop before Rocky saw it land at my local Clermont Aerodrome where I was on hand to take a few photos! 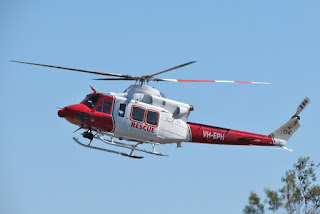 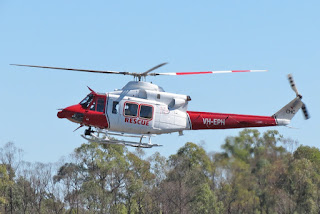 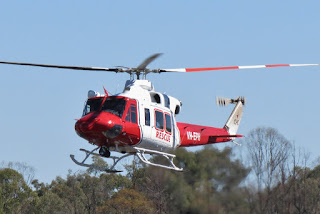 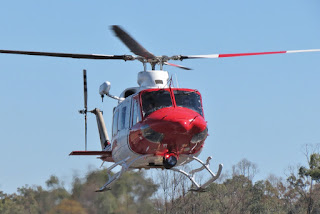 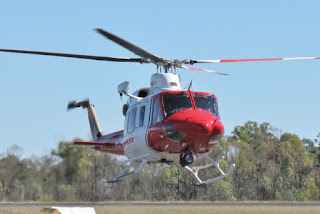 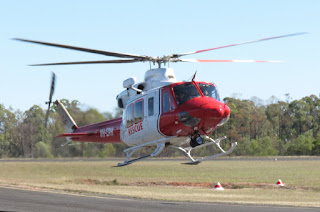 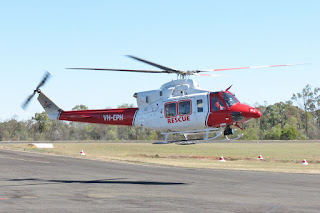 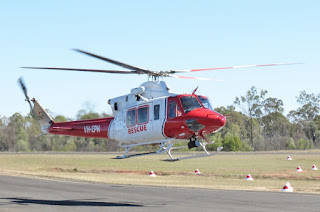 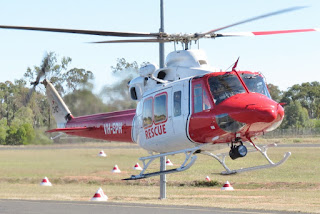 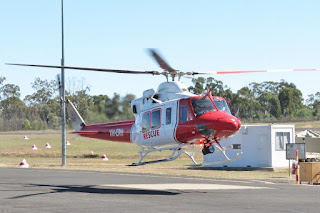 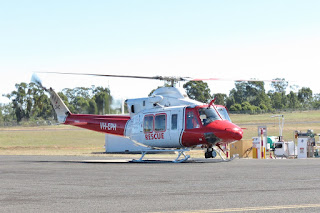 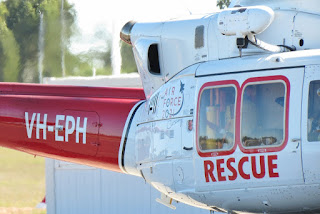 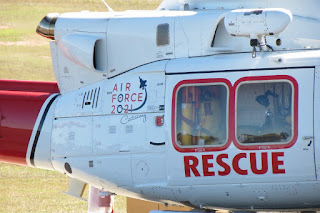 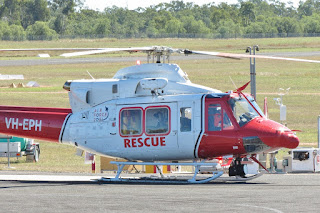 Of interest, the Bell 412EP VH-EPH is owned by Lloyd Helicopters and operated by CHC Helicopters Australia and spent many years operating as a medical evacuation helicopter for the New South Wales Ambulance Service based at Bankstown Airport.
VH-EPH was heard to be using the radio callsign of "Choppa 66".
UPDATE!  On Monday 12 July, VH-EPH now as "Rescue 66" departed Rockhampton Airport for Camp Growl which is within the Shoalwater Bay Training Area (SWBTA).
VH-EPH was recently deployed to Rockhampton Airport and departed Rocky for RAAF Base Amberley at the start of June.  From there, it subsequently ferried across to Western Australia during the next week, eventually landing at RAAF Base Pearce a week after departing Amberley.  VH-EPH then looked to operate out of Carnarvon Airport (as "Rescue 66") before then ferrying up to Karratha.
Over the last three days, VH-EPH "Choppa 66" has ferried to Rockhampton from Karratha via the Northern coastline of Western Australia, into the Northern Territory at RAAF Base Tindal, and then Western and Central Queensland including an overnight stay at Cloncurry Airport.
Finally, also on Sunday 11 July, it's worth noting that RAAF Beech B350 Super King Air A32-437 "Dingo 10" popped into Charleville Airport while flying up from RAAF Base East Sale in Victoria up to Cairns.
Posted by Damian F at 8:02 PM