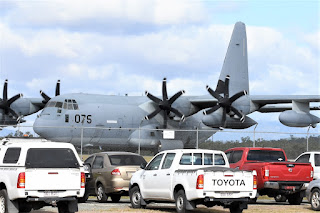 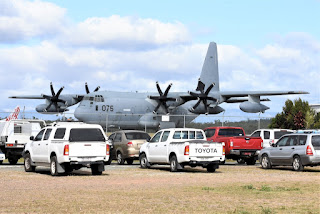 In a similar pattern to the previous day, the Herc then departed to RAAF Base Amberley before returning up to Prosie later in the day and then ending up back at Townsville.

Meanwhile, heard flying through the region, also on Saturday 24 July, was an unknown US Marines Bell Boeing MV-22B Osprey tilt-rotor aircraft as "Magnum 32" which flew off the USS America (LHA-6) amphibious assault ship of the United States Navy (USN) down to RAAF Base Amberley and back. It was reported that the ship could be sailing in the vicinity of Hamilton Island in the Whitsundays.
Posted by Damian F at 9:25 PM