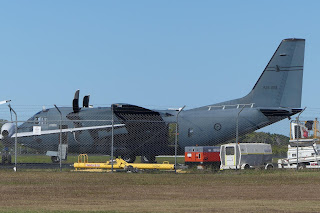 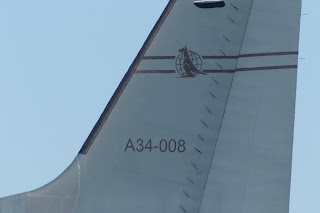 It appeared to fly down from Townsville where it has been operating out of in recent days. 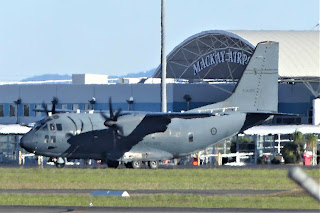 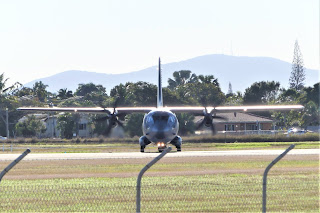 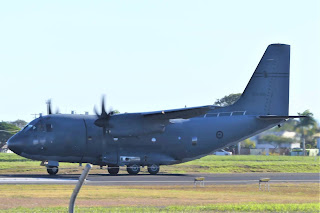 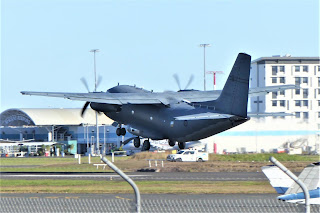 After a short time on the ground, A34-008 "Wallaby 01" departed to the South, possibly to RAAF Base Amberley.
The Alenia C-27J Spartan is a military transport aircraft developed and manufactured by Alenia Aermacchi.  The RAAF operates 10 of the C-27J Spartan battlefield airlifter after they were ordered back in May 2012 to replace the now-retired De Havilland DHC-4 Caribou fleet.