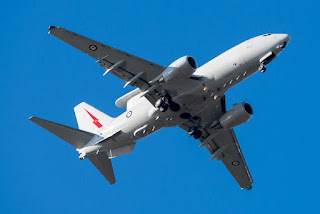 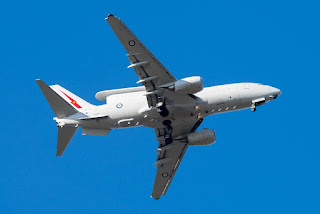 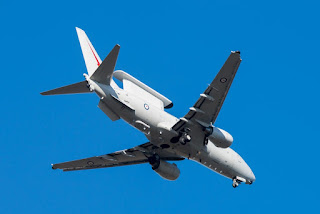 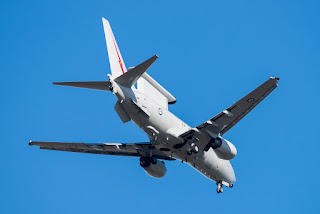 A30-001 was flying as "Wedgetail 16" and reportedly flew up to Rocky direct from RAAF Base Williamtown near Newcastle in New South Wales. After completing its airwork at Rockhampton Airport, A30-001 returned South to complete another missed approach at the Sunshine Coast before then flying back direct to Williamtown.

All photos taken by Scott Harris  ©
Posted by Damian F at 8:31 PM