On Friday 23 July, Royal Australian Air Force (RAAF) Boeing C-17A Globemaster III A41-208 was photographed at Bundaberg Airport as it completed one of two visits to the Rum City. 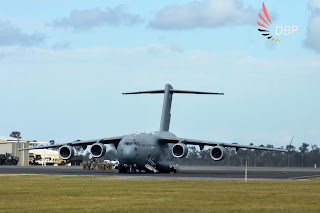 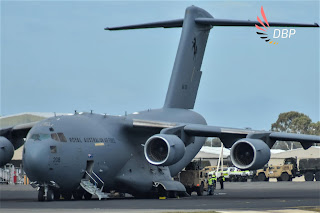 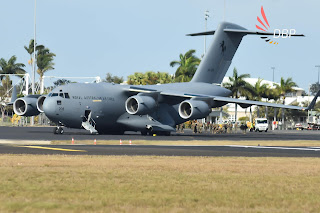 Both times it flew up from and then later returned to RAAF Base Amberley.  On each flight, A41-208 was heard to be using the radio callsign of "Thunder 01". 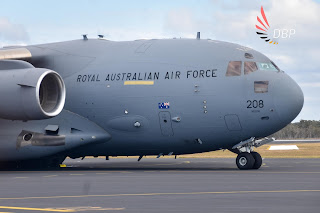 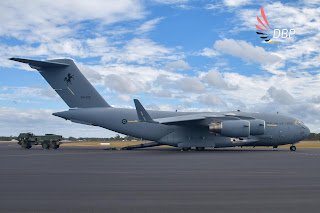 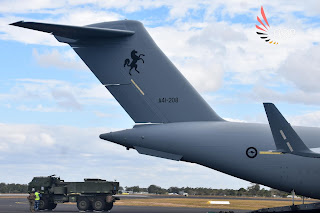 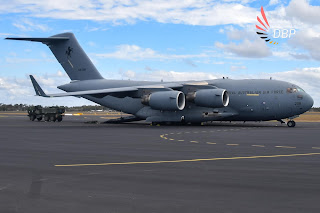 It appears that the C-17 was ferrying personnel and equipment between Amberley and Bundaberg, with it also noted that during both visits, the RAAF were loading and unloading a U.S. Marine Corps (USMC) High Mobility Artillery Rocket System (HiMARS) system during a HiMARS Rapid Infiltration activity as a part of the combined Military Exercise Talisman Sabre 2021 (TS21). 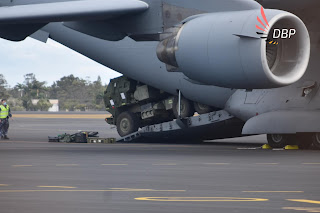 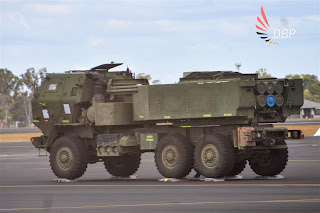 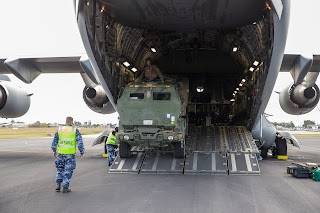 Meanwhile, also on Friday 23 July, the two United States Marine Corps (USMC) Lockheed KC-130J Hercules aircraft 168075 (Tail Code QD-8075) "Sumo 86" and 169227 (Tail Code QD-9227) "Sumo 87" made a pair of visits to Proserpine (Whitsunday Coast) Airport while flying from Townsville down to Amberley and back.
Sincere thanks to Dan B from Dan Beck Photography for allowing us to share these great photos!