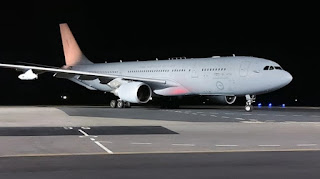 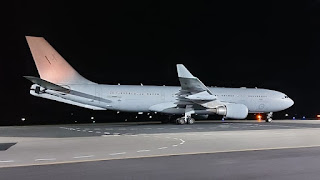 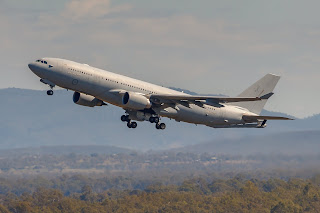 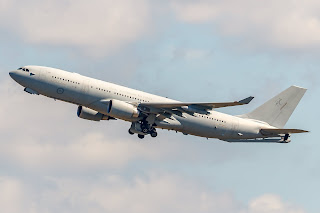 Then, as the sun was setting, A39-001 "Dragon 14" returned to Rockhampton Airport and again off-loaded more personnel and their cargo. 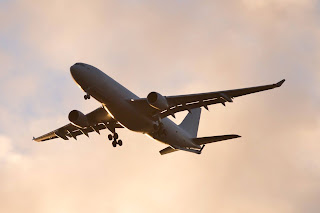 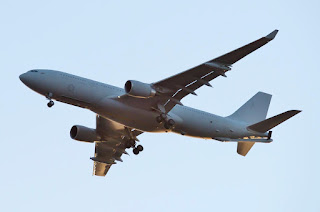 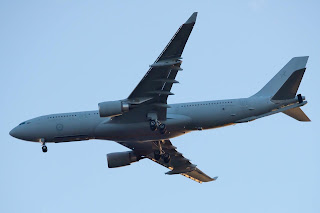 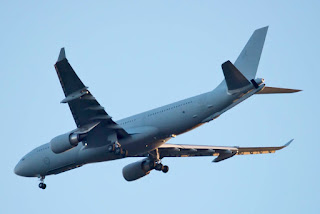 Soon after, it then departed Rockhampton Airport once again, but this time for Townsville.

Information suggests the personnel and cargo brought to Rockhampton are for the upcoming joint Military Exercise Talisman Sabre 2021.
Exercise Talisman Sabre 2021 (TS21) is the ninth iteration of the exercise and consists of a Field Training Exercise incorporating force preparation (logistic) activities, amphibious landings, ground force manoeuvre, urban operations, air combat and maritime operations.
It is the largest bilateral combined training activity between the Australian Defence Force (ADF) and United States (US) military. It is designed to test the respective forces in planning and conducting Combined and Joint Task Force operations and improve the combat readiness and interoperability between Australian and US forces.
TS21 exercise activities are planned to occur in Queensland including in the Charters Towers region and ADF Townsville Field Training Area (TFTA); coastal locations including Bundaberg, Stanage Bay peninsular, ADF Shoalwater Bay Training Area (SWBTA), Mackay, Bowen, Proserpine, Ingham region, Lucinda, Forest Beach, ADF Cowley Beach Training Area (CBTA) and RAAF Scherger, as well as Evans Head in NSW.
TS21 will run from late June to mid-August 2021, this time frame includes the initial surge of equipment and people and their subsequent departure after the exercise. Exercise activities will peak during 18-31 July 2021.
Lead up training has occurred in Stanage Bay, SWBTA and the Townsville region prior to TS21. While that training is separate to TS21.
We hope to bring you heaps of photos and reports!
Sincere thanks to the local plane spotters for taking the time to capture and send through these great photos!