On Sunday 11 July, a colourful Robinson R44 helicopter in the form of Gold Coast-based Dash Helicopters VH-IWR was spotted arriving into Rockhampton Airport from the South-East. 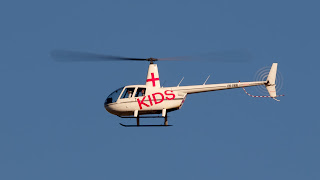 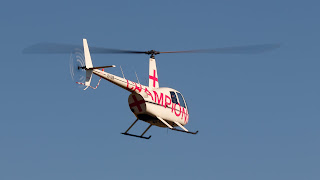 The R44 is adorned in the titles and colours of the Kids and Champions (Kids+Champions) charity - traveling the state via helicopter to visit struggling kids and share a message with them that let's them know that people care about them.
UPDATE!  On Monday 12 July, VH-IWR completed a local school visit before returning to Rockhampton Airport.
UPDATE!  On Tuesday 13 July, VH-IWR continued from Rocky to Mackay Airport, again via another school visit.
Follow the progress of the flight via their website:  https://www.kidsandchampions.org/