On Tuesday 13 July, Brisbane-based FIFO Jet P/L Beech B200 King Air VH-FAQ was spotted at Rockhampton Airport. It had earlier flown up from the Sunshine Coast via Biloela / Thangool Airport. 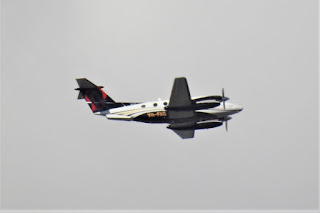 VH-FAQ was then photographed (above) as it returned to Thangool and the Sunshine Coast.

While UP Aviation (Victoria) Bombardier BD-700-1A10 Global Express 6000 bizjet VH-UBH was spotted visiting Bundaberg Airport. It looked to fly up from the Gold Coast and Kingaroy. 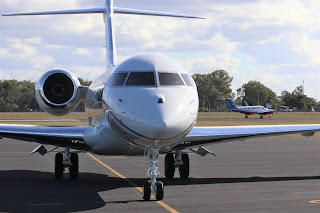 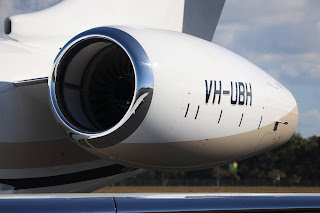 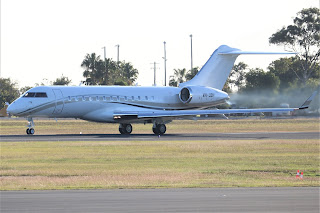 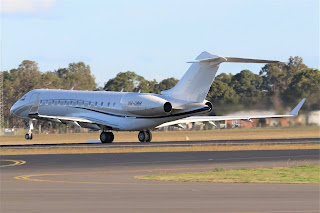 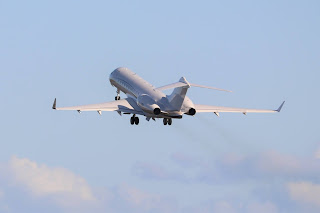 VH-UBH then departed to Melbourne (Tullamarine).
And Brisbane-based Beech 95-E55 Baron VH-TTL also visited Bundaberg Airport but from its Archerfield base.

Alice Springs-based Cirrus SR22 VH-NKY was noted flying all the way across from there to land at the Whitsunday Airport at Shute Harbour.

Finally, also on Tuesday 13 July, Gold Coast-based Dash Helicopters Robinson R44 VH-IWR continued up the Queensland coast, departing Rockhampton Airport for another local school visit before it then continued up to Mackay Airport where it was spotted arriving. 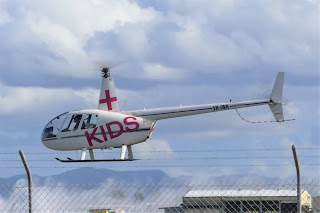 Also spotted at Mackay Airport was Flightech Aviation Piper PA-31-350 Navajo VH-WZS which arrived from Townsville at the start of the month. 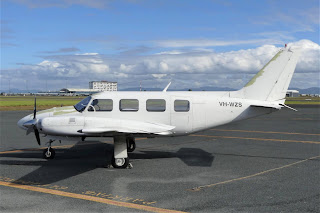