What a spectacular sight on Sunday 18 July after four Learjet bizjets flew into Rockhampton Airport presumably to participate in the joint Military Exercise Talisman Sabre 2021 (TS21).  The four aircraft are all flown by Astra Aerospace / Air Affairs (Australia) in a support role for the Australian Defence Force. 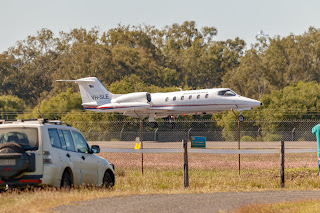 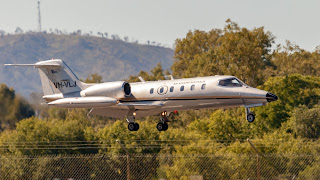 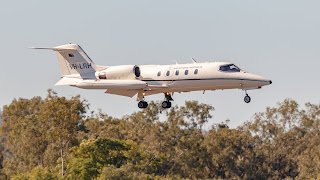 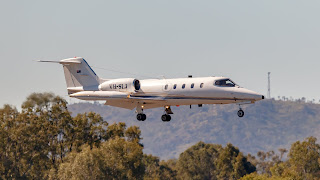 Learjet 35A bizjets VH-SLE "Ajax 42", VH-VLJ "Ajax 43" and VH-LRH "Ajax 52" were also joined by Learjet 36 bizjet VH-SLJ "Ajax 01".  All four Learjets looked to fly into Rockhampton Airport from Brisbane, having flown up there from HMAS Albatross at Nowra where they are based a couple days earlier.

At the time of writing, all four Learjets remain parked at Rockhampton Airport. It is reported that they are remaining in town for some days.

Of interest, and as mentioned previously, Air Affairs (Australia) was established in 1984 with headquarters based at the Albatross Aviation Technology Park at Nowra in New South Wales.  They have been providing target services, fire surveillance and precision engineering support services to the Australian Defence Force (ADF), other military forces and Governments since 1995.

Sincere thanks to local photographer Steve V for taking the time to capture and send through these great photos!