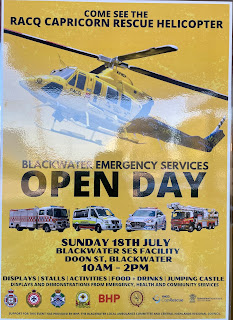 All emergency services including local Fire, Ambulance and Police vehicles were on display, along with various SES equipment and personnel.
Although the star attraction, in our opinion(!), was the Capricorn Helicopter Rescue Service (CHRS) (Babcock Mission Critical Services Australasia) Bell 412EP VH-EPR which flew in from Rockhampton Airport. 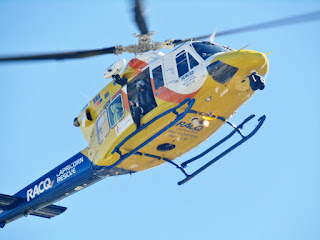 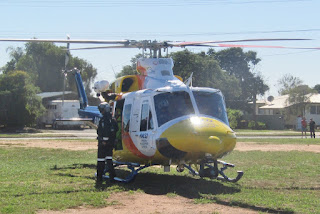 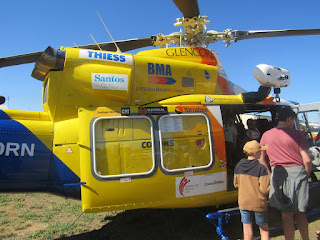 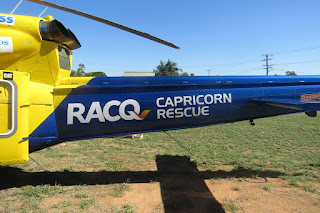 After formalities were completed, and during the middle part of the afternoon, VH-EPR returned to Rockhampton Airport. 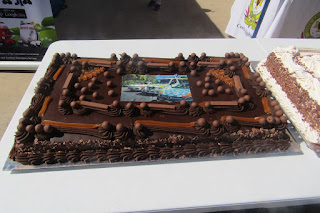 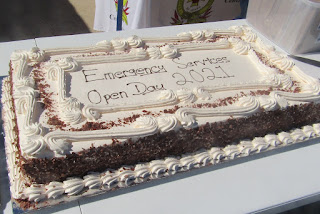 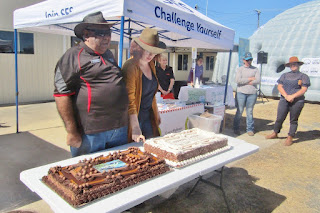 Sincere thanks to Rockhampton plane spotter Trevor H for taking the time to capture and send through these great photos!
All photos taken by Trevor Hardsman  ©
Posted by Damian F at 5:58 PM