Also on Friday 16 July, Royal Australian Air Force (RAAF) Boeing C-17A Globemaster III transport aircraft A41-206 was spotted as it completed a missed approach at Rockhampton Airport. It was flying as "Stallion 30" and looked to fly up from RAAF Base Amberley. 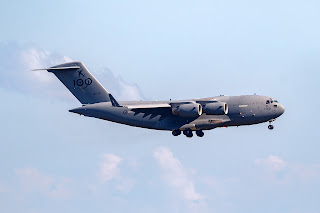 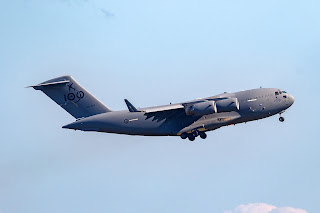 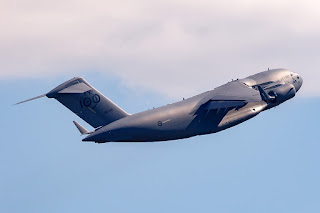 After it completed the missed approach, A41-206 "Stallion 30" made a spectacular departure from the area and then back down to Amberley.

As shown A41-206 still wears additional decals to commemorate the RAAF's 100th anniversary.

Sincere thanks to local photographer Steve V for allowing to share these great photos!
All photos taken by Steve Vit  ©️
Posted by Damian F at 9:16 PM