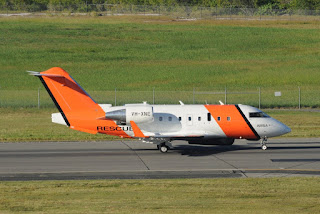 It looked to call into Mackay Airport at the completion of a flight from Cairns which lasted more than five-hours.  It is possible that it was 'tasked' to the area as flight-tracking websites suggest that its arrival into Mackay Airport was a 'diversion' from an originally planned landing back at Cairns. 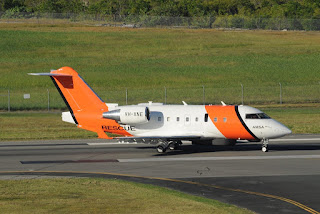 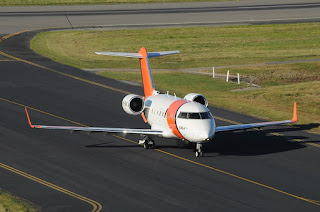 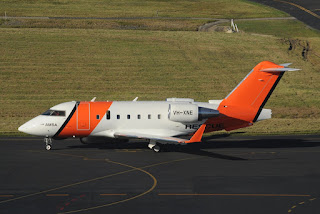 After taking on fuel, VH-XNE was then heard to be using the radio callsign of "Rescue 330" and it departed Mackay Airport and headed out to a position to the North-East of Mackay. 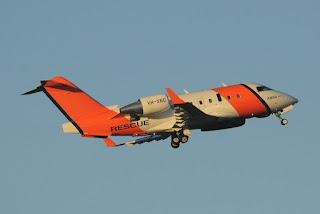 At the completion of its task, VH-XNE "Rescue 330" continued back to Cairns.

It is interesting to note that VH-XNE is usually based at Perth Airport in Western Australia and flew across to Cairns direct from Perth on Wednesday 26 April.

Fellow AMSA Challenger 604 bizjet VH-XND "Rescue 660" is usually based at Cairns Airport and completed a sortie also on Wednesday 26 April but hasn't flown since.

As we've previously reported, Cobham SAR Services Pty Ltd (Cobham) was contracted in 2014 to provide a new new search and rescue agreement for AMSA using four Bombardier Challenger CL-604 bizjets from late 2016 for a period of 12 years.  Presently, VH-XND and VH-XNE are joined by VH-XNF which is based at Melbourne (Essendon) Airport in Victoria.  VH-XNC seems to be an 'operational spare' and its exact location is unknown - maybe Perth?
Posted by Damian F at 7:43 PM