On Sunday 2 April, Royal Australian Air Force (RAAF) Lockeed C-130J-30 Hercules A97-466 was spotted making two trips into Rockhampton Airport.  It is believed to have called in from Townsville on both occasions, flying as "ASY481" and delivering flood barriers to the beef capital which faces a flood inundation from the Fitzroy River this week bigger than anything it has faced for over 50 years. 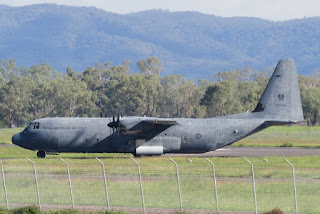 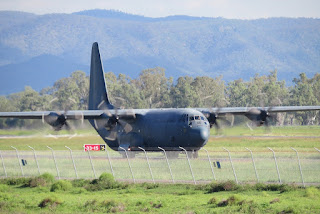 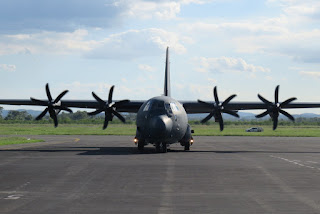 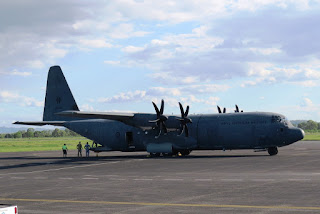 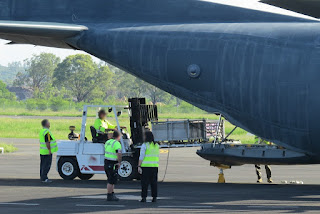 A97-466 eventually returned to Townsville.

As these photos also show, major infrastructure items at Rockhampton Airport, including the Air Traffic Control (ATC ) Tower and main Terminal Building are being surrounded by the flood barrier in an attempt to keep the predicted 9.4m high flood waters at bay. 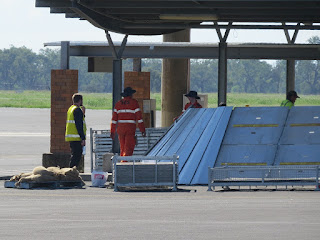 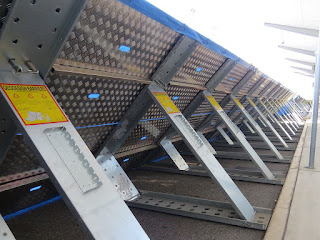 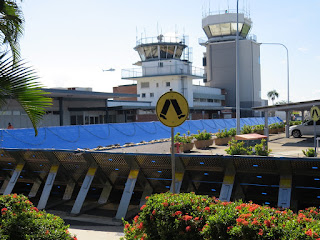 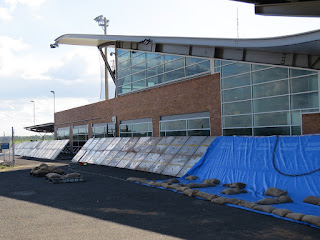 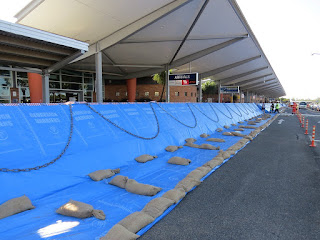 Essential aircraft equipment is also being moved to 'higher ground' around the Airport. 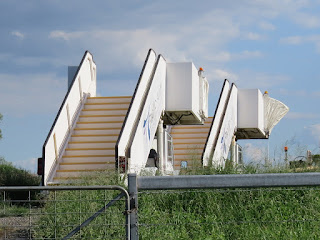 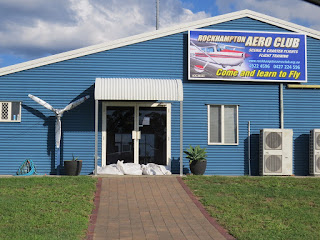 Rockhampton Regional Council is still reporting that Rockhampton Airport will close around midday on Monday 3 April - AT THE LATEST.

If you are travelling, please contact your airlines for information around flights as they may stop services earlier.

In terms of parking, the undercover, premium and long term areas are now closed. Short term remains open for the moment however with the impending closure, 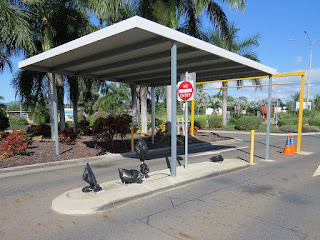 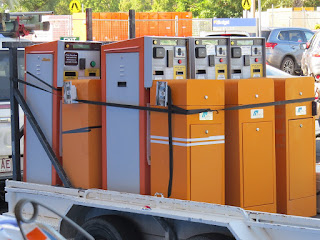 Council is encouraging people not to park at the airport if possible. Cars which are currently parked in those longer-stay zones will be towed to a secure location and owners will be contacted.