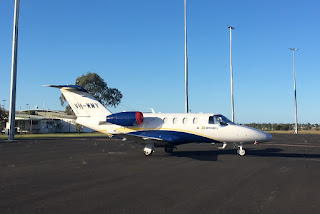 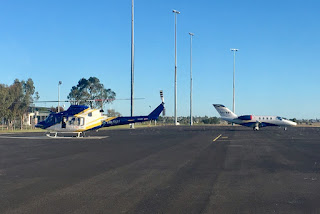 VH-WMY had arrived into Roma Airport on Wednesday 26 April at the end of a busy day of flying which saw it depart Melbourne (Essendon) and call into Port Lincoln, Adelaide and Waikerie (all in South Australia) before it continued to Roma.

On Friday 27 April, VH-WMY departed Roma Airport and returned to South Australia visiting Tumby Bay and Port Lincoln before it returned to Essendon.

Of interest, VH-WMY is shown above parked with the locally-based RACQ Lifeflight Bell 412EP VH-XCI.