On Saturday 22 April, the final two Royal Australian Navy (RAN) NH Industries MRH-90 Multi-Role Helicopters that had been based at Gladstone Airport for the last few weeks departed to the Gold Coast on the first leg home to HMAS Albatross at Nowra in New South Wales. 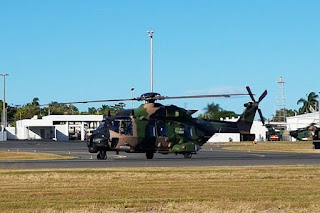 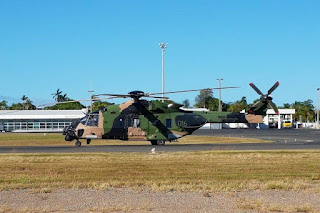 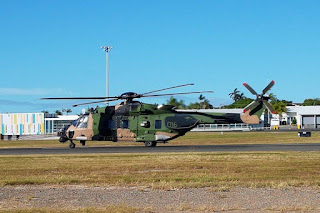 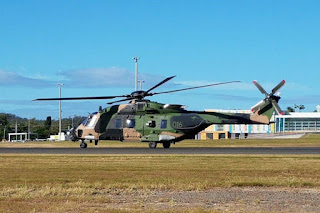 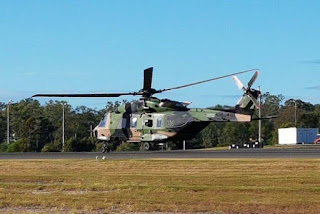 A short time later, A40-026 also departed Gladstone Airport for the Gold Coast.

The third MRH-90 that was deployed to Gladstone Airport - A40-006 - is believed to have departed during this last week.

All three MRH-90s are flown by the Navy's 808 Squadron based at HMAS Albatross in Nowra and their departure from Gladstone Airport sees the end of a significant deployment which started in Townsville to provide relief to coastal regions down to Airlie Beach as Tropical Cyclone Debbie hit.  They then moved south to Gladstone to help out in the region, particularly Rockhampton, during the recent flood event.  During their deployment, the three MRH-90s were involved with transporting VIPs, delivering water and other supplies and evacuating people from the Whitsunday Islands.