Back in CQ once again on Tuesday 18 April was the Avcair (Earth Commodities) Cessna 550 Citation Bravo bizjet VH-CCJ. 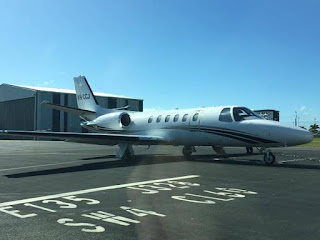 It flew North from Brisbane and touched down at Gladstone Airport briefly before continuing North to Mackay Airport. 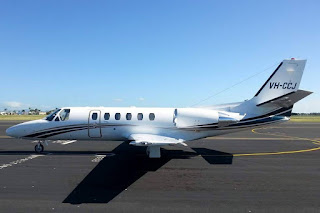 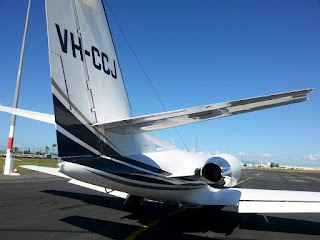 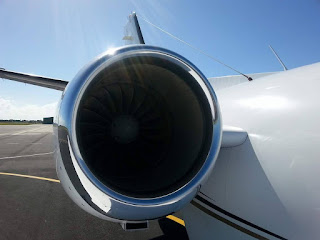 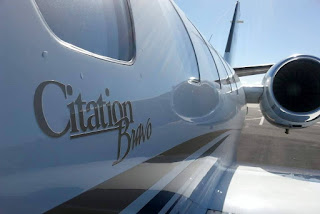 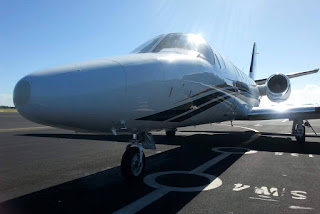 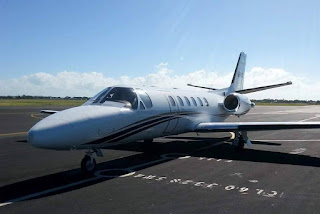 UPDATE!  As per its previous visits to CQ, VH-CCJ departed Gladstone Airport for Bundaberg Airport early on Wednesday 19 April.  It then returned to Brisbane.

Meanwhile, another bizjet to visit CQ on Tuesday 18 April was the familiar sight of Mackellar Mining Equipment / Flight Options (Australia) Cessna 560 Citation Ultra VH-MMC.  It touched down at Proserpine (Whitsunday Coast) Airport from its Sunshine Coast base.  It too looks to be staying at Prosie for at least the night.

UPDATE!  VH-MMC departed Proserpine (Whitsunday Coast) Airport for Emerald Airport on Wednesday 19 April.  It is also due to depart to the Sunshine Coast from Emerald on Thursday 20 April.