On what looks to be a ferry flight, the distinctive red and white livery of Helicopters NZ (New Zealand) (HNZ) Agusta AW139 ZK-HDA was captured by local plane spotters Trevor H and Kayanne H at Rockhampton Airport on Sunday 16 April. 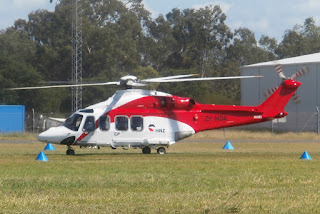 ZK-HDA touched down at Rocky from Archerfield. 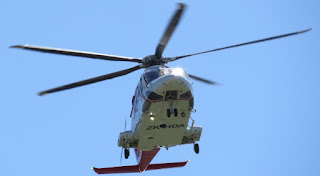 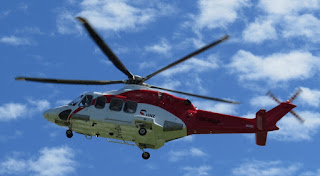 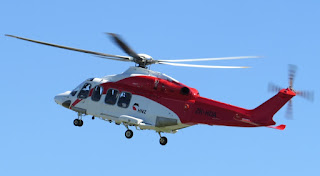 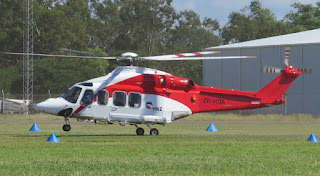 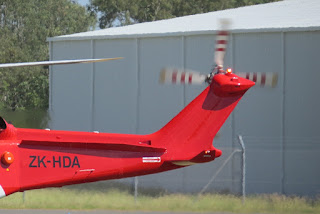 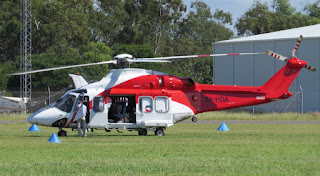 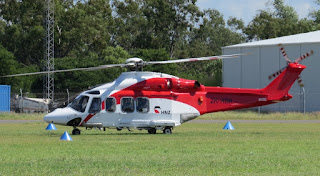 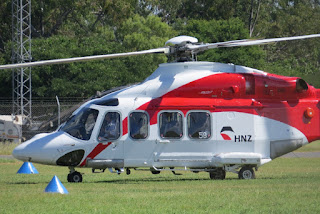 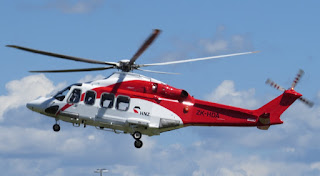 After taking on fuel, ZK-HDA later departed to Townsville - where it was spotted below on approach to Townsville Airport by local plane spotter Leroy. 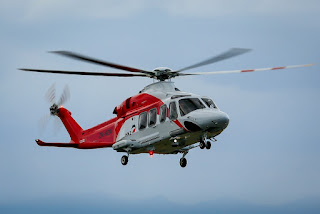 As you know, I love a bit of history of airframes and ZK-HDA (c/n 31458) has had an interesting one!  It was originally registered in late 2012 as G-EUDO with CHC Helicopters before moving to Canada also with CHC registered as C-GUFI.


In 2014, it was noted to be flying for the Nigerian-based Atlantic Aviation as 5N-BQA (as shown) which, with technical support provide dby CHC Helicopters, operated crew-rotation transportation flights from Murtala Muhammad Airport in Lagos to the Shell-operated Deepwater Discovery Drill Ship in the Gulf of Guinea.

At the start of December 2016, 5N-BQA was noted arriving in New Zealand by ship and trucked to New Plymouth soon after.  After being registered ZK-HDA, it appears that the helicopter was shipped into Brisbane before being seen at Archerfield Airport.