Late on Wednesday 26 April Cirrus SR22-G3 N238JG was spotted parked at Emerald Airport.  It had earlier flown in from Darwin via Burketown. 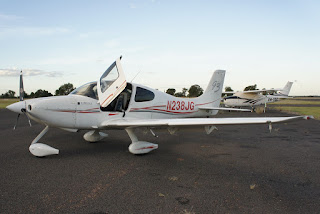 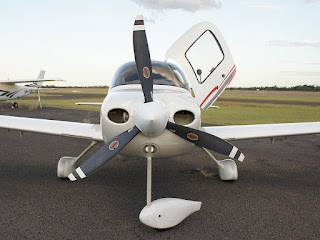 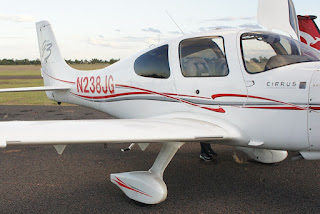 The Cirrus is being ferried to Australia to allow its owner to use it while they are on a holiday in our great country.  It is usually based in Malaysia and wears an American registration belonging to Hallin Aviation Inc. of Delaware (USA).

N238JG had arrived into Australia via Darwin from Kupang (Indonesia) on Tuesday 25 April.

Also paying Emerald Airport a visit late on Wednesday 26 April was SFC Farming (of Goondiwindi) Raytheon B200 King Air VH-TXT which arrived from Toowoomba via Goondiwindi and later departed to the Brisbane West Wellcamp Airport.

And on Tuesday 25 April, Tasfast Air Freight (of Victoria) Piper PA-31-350 Navajo Cheiftan VH-TBJ called into Emerald Airport from Moree (New South Wales).  After taking on fuel, it continued to Cairns where it looks to have since completed a series of brief local flights. 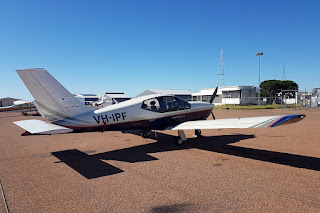 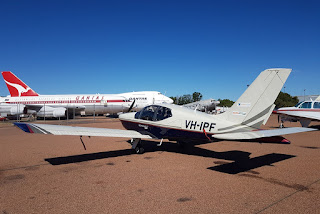 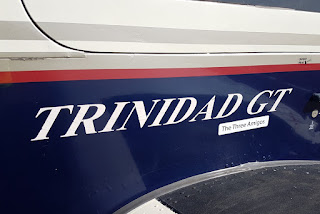 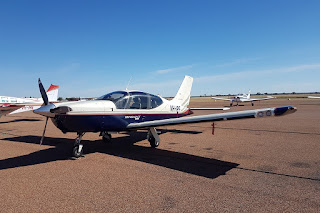 It had arrived into Longreach Airport on Wednesday 26 April from Archerfield via Redcliffe and Charleville.  On Thursday 27 April, it flew from Longreach to Barcaldine Airport and back before departing to Emerald Airport and then eventually Archerfield.

While Jericho-based Beech 35-B33 Debonair VH-PUP was spotted parked also on the Longreach Airport GA Apron but on Friday 28 April. 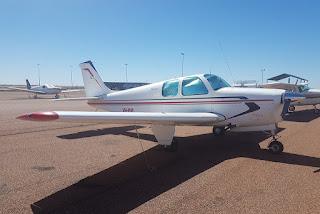 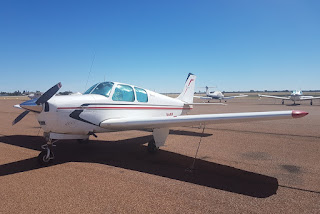 Thanks to the local plane spotters for their help with this post!