Over the course of this week, the three Royal Australian Navy (RAN) NH Industries MRH-90 Multi-Role Helicopters that are presently based at Gladstone Airport have completed several sorties from the port city north to flood-affected Rockhampton after they arrived last weekend. 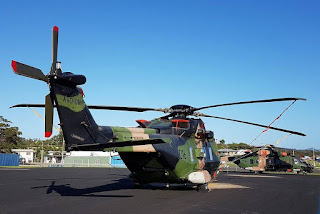 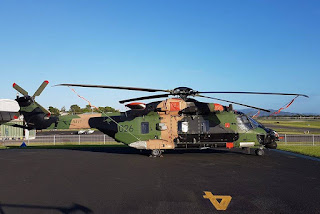 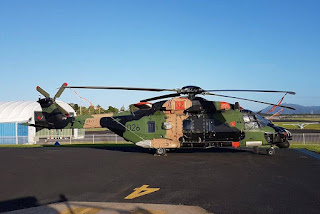 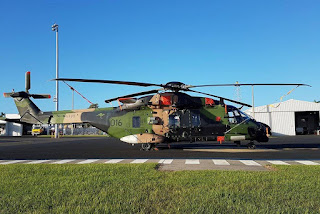 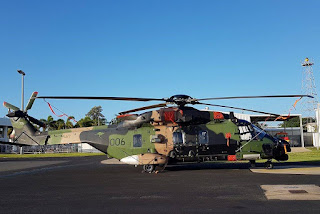 The three choppers - A40-006, A40-016 and A40-026 - have all been noted in the skies over Rocky operating in a survey type role, as well as landing at various locations, ferrying personnel to affected zones and to take on fuel.  As highlighted in a post below, several landing sites have been identified around Rockhampton including the Airport (it is closed for commercial flights), the Australian Army Defence Support Group (DSG) 'Camp Rocky' adjacent to the Airport, The Rockhampton Heritage Village, as well as the local Central Queensland University campus and a local school. 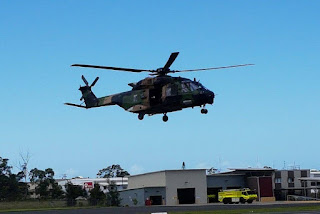 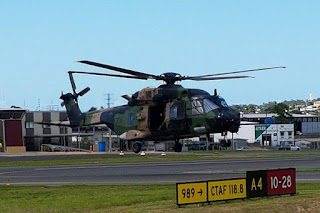 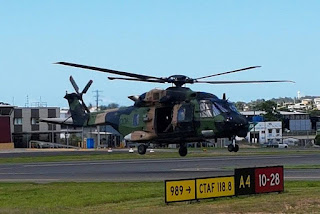 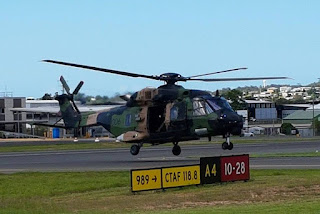 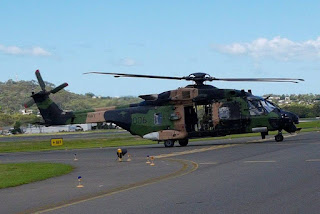 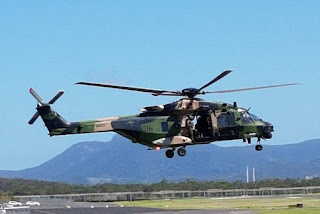 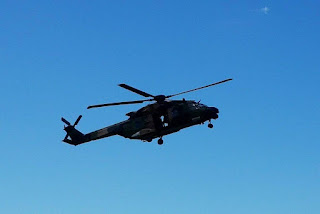 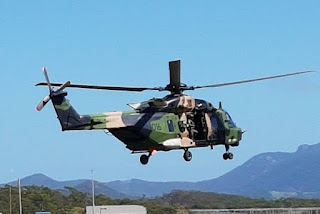 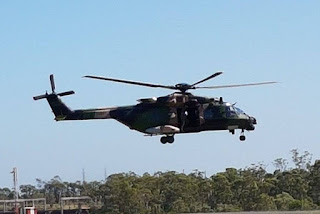 During each of their flights, the MRH-90s have been heard to be using the radio callsign "Poseidon".

Of interest, the local Gladstone Observer newspaper published a story about the three RAN MRH-90s - check it out HERE.

Of interest the RAN ship HMAS Choules (L100) has been photographed off the coast of Yeppoon. It presently provides the Australian Defence Force (ADF) with an amphibious platform capability able to provide rapid maritime humanitarian assistance and disaster relief, and Non-Combatant Evacuation Operation (NEO) response. HMAS Choules was noted last week being loaded in Brisbane and is now in the Coral Sea off the North Queensland coast where it has provided assistance during 'Operation Queensland Assist' in the aftermath of Tropical Cyclone Debbie. The Rockhampton-based Morning Bulletin newspaper has published a story about the HMAS Choules - check it out HERE.