Also at Gladstone Airport on Sunday 9 April there was yet more helicopter action - and this time not only just from the three Royal Australian Navy (RAN) NH Industries MRH-90 Multi-Role Helicopters that are presently based at there! 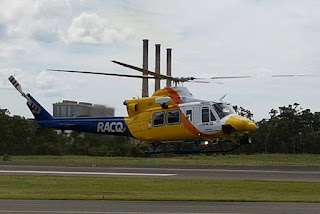 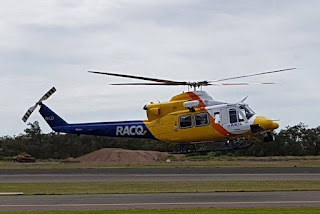 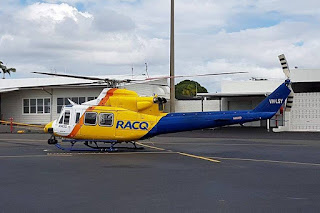 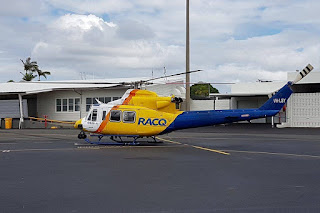 It looked to fly South from Rockhampton Base Hospital and (possibly) complete patient transfer flights to Gladstone Hospital before calling across to the Airport for fuel.

Of interest, VH-LSY was heard to using the radio callsign of "Rescue 310". 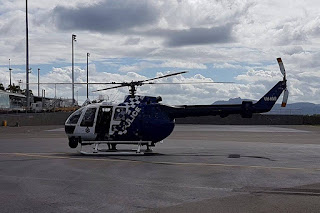 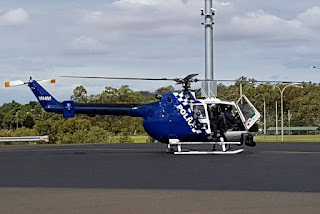 It is believed that it has completed its deployment to Rockhampton and was returning home to the South-East corner.  Indeed after taking on fuel, VH-NVI departed to the South.