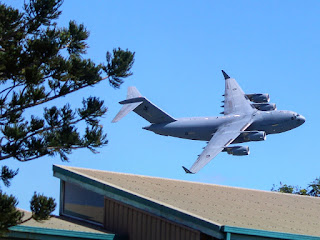 RAAF Boeing C-17A Globemaster III A41-208 "Stallion 56" was photographed and videoed in multiple locations completing a spectacular low pass over commemorations in Rockhampton. 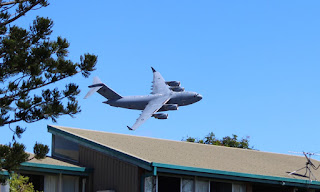 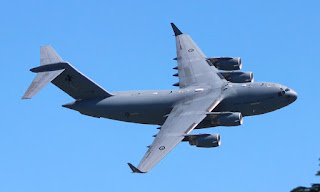 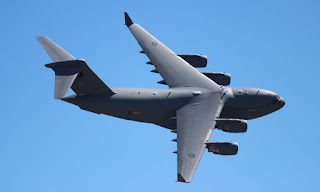 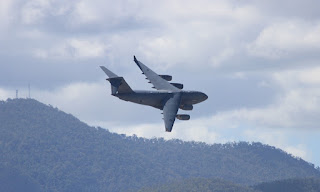 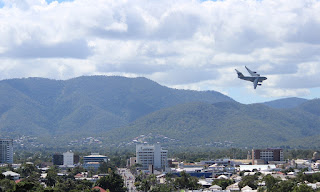 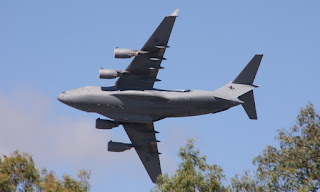 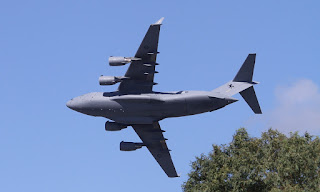 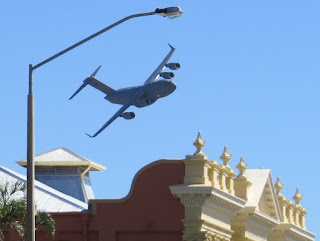 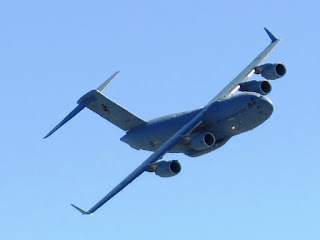 And in Gladstone where the Globemaster completed two low-level passes.

While Boeing F/A-18F Super Hornet A44-202 "Buckshot 21" completed spectacular fly-bys over parts of the Fraser Coast including Hervey Bay and Maryborough where it was captured by local photographer and part time plane spotter Rowena B. 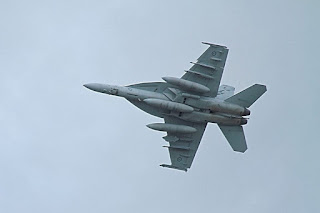 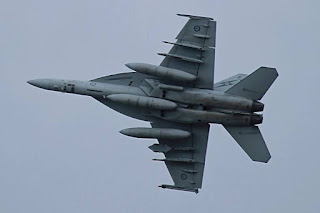 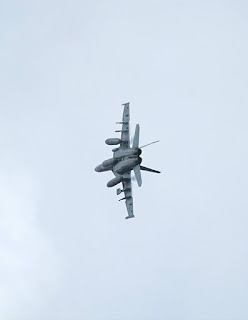 Of interest, A44-202 joined fellow Super Hornet (or "Rhino") A44-211 in overflying the Brisbane Anzac Day parade and commemorations, and they both featured on the state-wide television coverage.


VH-FST is reportedly the only North American-built Mustang in Australia.

Finally, in the 'Northern' part of Central Queensland at Charters Towers, a pair of RAAF Beech B350 Super King Air turboprops overflew local commemorations before continuing to Townsville and Cairns as "Boomer".