A day after completing a spectacular low-level fly-by over Central Queensland Anzac Day commemorations, Royal Australian Air Force (RAAF) Boeing C-17A Globemaster III A41-208 was back in CQ and landed at Rockhampton Airport for a short time on Wednesday 26 April. 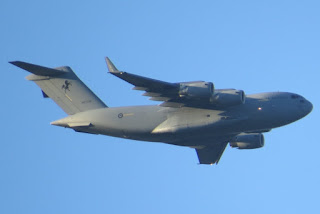 The Globemaster was noted using the radio callsign of "Stallion 43" and looked to fly North from RAAF Base Amberley up to Townsville.  It then returned South to Rockhampton where local plane spotter Kayanne H was able to capture some great photos from her yard as the Globemaster flew downwind and then finals before landing on Runway 33. 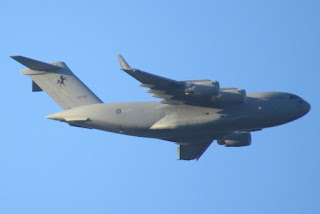 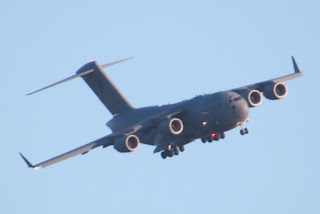 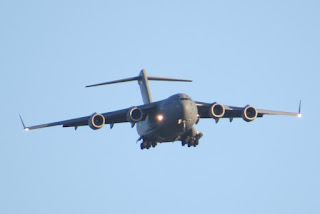 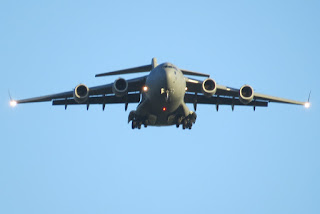 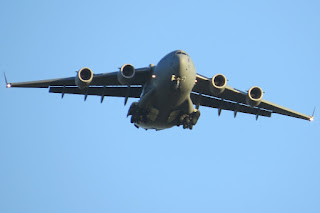 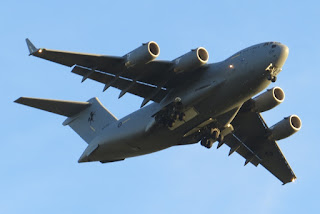 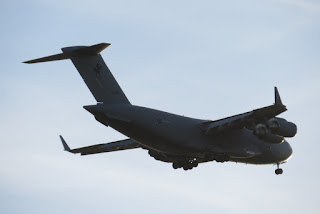 At Rockhampton Airport, local plane spotter Scott H was on hand to catch the Globemaster as it was on aaproach and then touching down on Runway 33. 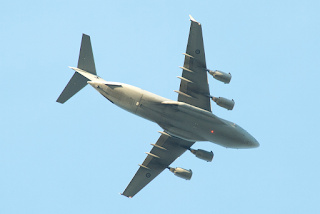 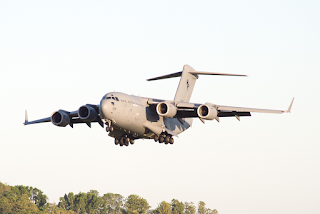 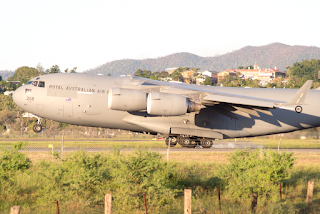 After a short time, A41-208 departed Rocky and returned to Townsville via some airwork around Proserpine. 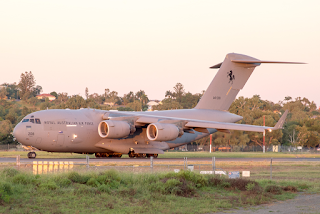 Reports suggest the crew were heard on the radio stating that they would return to Rockhampton Airport on Thursday 27 April.  Stay tuned!

Sincere thanks to Kayanne and Scott for taking the time to capture and send through these great photos!