As we mentioned on our Facebook page, JetGo Australia is continuing to operating their JG70/73 Regular Passenger Transport (RPT) services from Townsville to the Gold Coast and back, but instead of Rockhampton Airport, these flights are are landing at Gladstone Airport, with Rockhampton passengers being bussed to meet the flights. 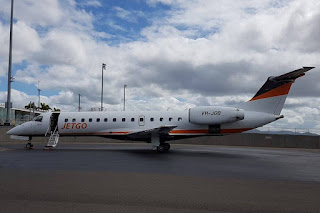 As we mentioned below, on Thursday 6 April, JetGo Australia Embraer ERJ-135LR jet VH-JGB operated the first of these temporary services, landing twice during the day at Gladstone Airport.

Then on Sunday 9 April, VH-JGB returned to Gladstone Airport, again touching down twice during the day, heading South from Townsville to the Gold Coast as JG70, and then from the Gold Coast back to Townsville as JG73. 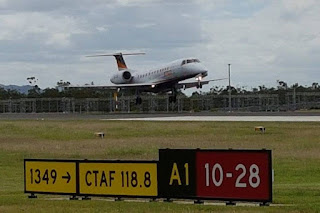 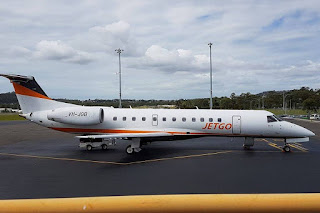 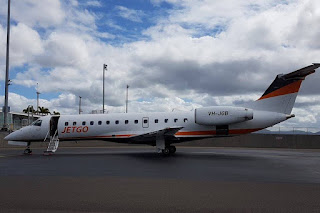 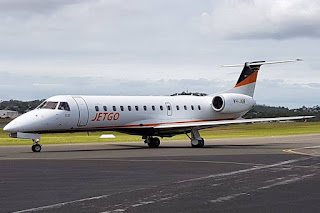 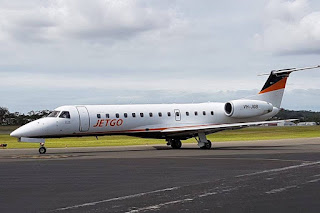 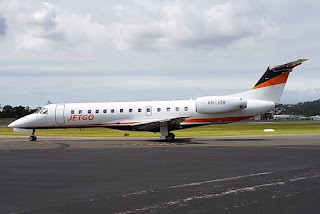 It is expected that the JG70/73 flights on Monday 10 April will also land at Gladstone Airport. 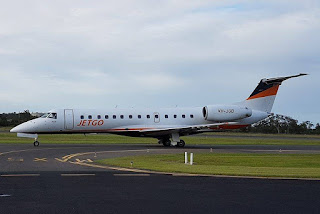 Reports suggest that Rockhampton Airport could re-open as early as Wednesday 12 April, so this might be the last opportunity to local plane spotters to catch a glimpse of the JetGo E-135!

Sincere thanks to the Gladstone Plane Spotters for their help with these posts today!