Some GA Movements Also at Rockhampton Airport over this week

There's been a few interesting comings and goings from the General Aviation (GA) Apron at Rockhampton Airport over the last week...

The smart little bizjet - which I believe is based in New South Wales - arrived into Rocky from Tamworth via Armidale last Thursday 20 April.

Also arriving on Wednesday 26 April was the Queensland Government (State of Queensland) Raytheon B300 Super King Air VH-SGQ.  After overnighting, it departed back to Brisbane on Thursday 27 April. 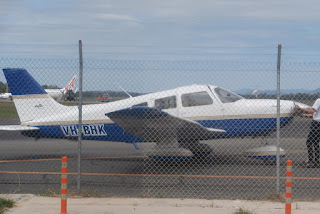 After arriving at Rockhampton Airport on Tuesday 25 April, New South Wales-based Cessna 210 VH-ZID completed local survey flights around Rocky and Capricorn Coast on Wednesday 26 April and again on Thursday 27 April before continuing to Mackay Airport.  It looked to complete an aerial survey flight around Mackay on Friday 28 April before it then continued to Townsville.

UPDATE!  VH-ZID was noted heading back South from Townsville on Saturday 29 April, calling into Mackay and Rockhampton Airports before finishing the day at Bundaberg Airport. 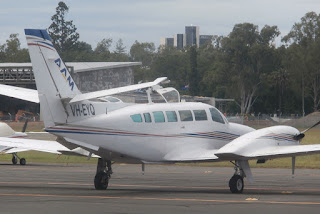 And Australasian Jet (AusJet) Cessna 206 VH-KPG is back at Rockhampton Airport completing aerial survey flights around the local area after being spotted also at Rocky in the middle of March. 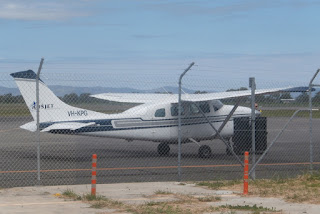 VH-KPG has been busy with it also noted completing flights out of Mackay and Clermont Airports in recent weeks. 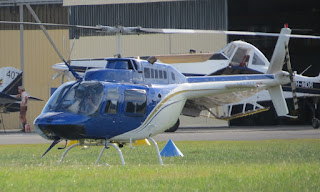 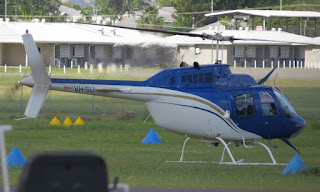 While registered locally, the Jetranger is reportedly operated by Rotorwing Helicopters at Mount Martha in Victoria.  It has also recently spent time operating for Machjet / McDermott Aviation.